CHEOPS details a planet right out of the Twilight Zone

The CHEOPS space telescope delivered details to scientists on the planet called WASP-189b, an extreme planet by most metrics. This planet is approximately 20x closer to its closest star than our Earth is to our Sun. This planet is more than 1.6x as large as Jupiter, which in turn is around 318x as large as Earth.

This planet is hot

The planet WASP 189b is always facing one direction with respect to its closest star. One side is a day side, the other is night – in perpetuity. Because of the nature of this planet, as it orbits its nearest star, it exists with temperatures at around 3,200 degrees Celsius (5,792 degrees Fahrenheit.) It gets very, very hot. 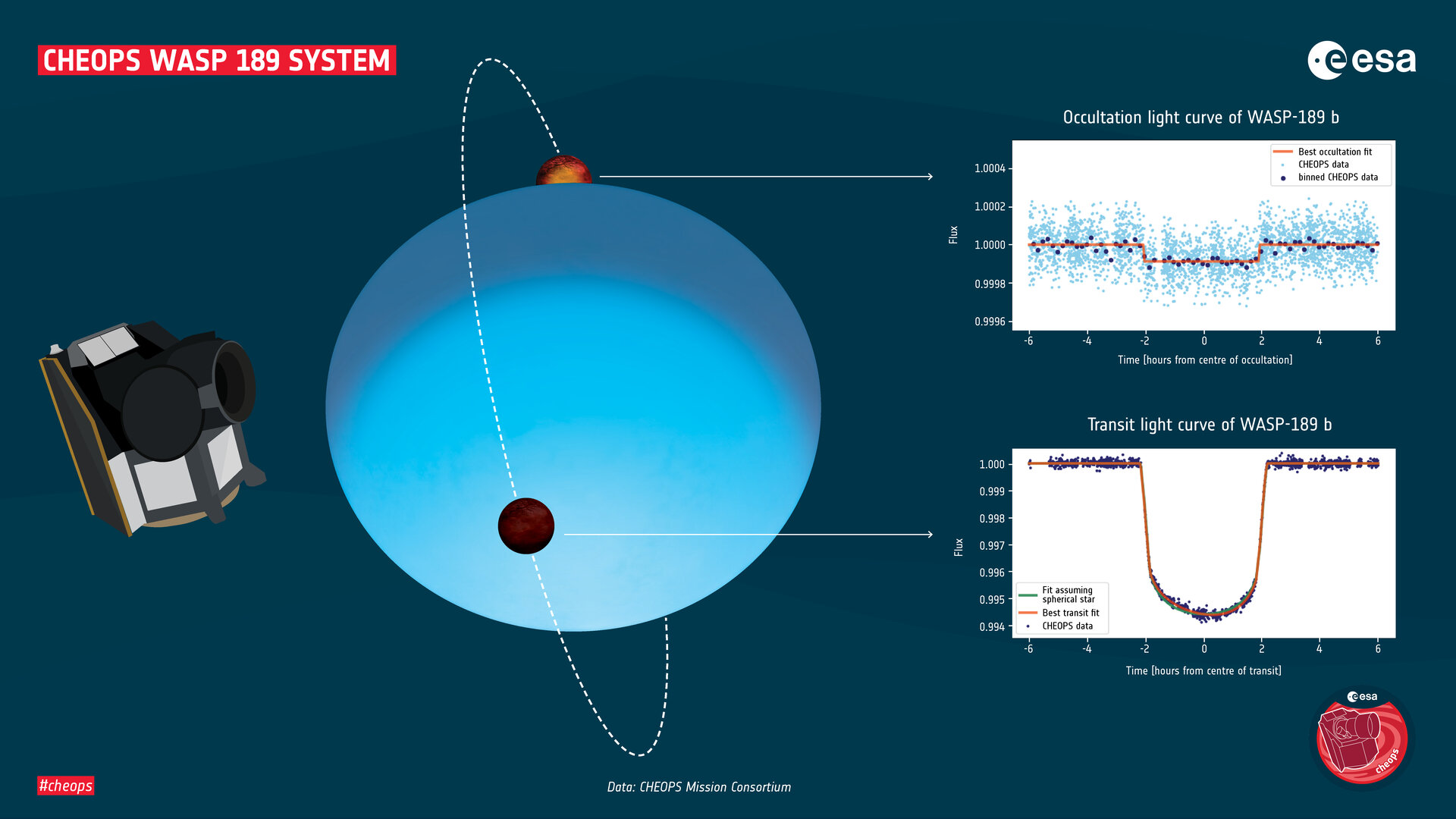 “Planets like WASP-189b are called ‘ultra-hot Jupiters,'” said Monika Lendl, lead author of the study from the University of Geneva, and member of the National Center of Competence in Research Planets. “Iron melts at such a high temperature, and even becomes gaseous. This object is one of the most extreme planets we know so far.”

The star near WASP 189b is known as HD133112. This star is 3,360,000 km in diameter – approximately 2.4x the size of our Sun. This star is approximately 2,200 degrees Celsius hotter than our Sun, and is around 730 million years old. This star is rotating at a speed so extreme, it is no longer a sphere, but ellipsoidal. This is a star which burns so hot, it appears blue rather than yellow/white.

Only a handful of planets are known to orbit such hot stars, and this system is the brightest by far,” said Willy Benz, professor of astrophysics at the University of Bern and head of the CHEOPS consortium. “We are expecting further spectacular findings on exoplanets thanks to observations with CHEOPS. The next papers are already in preparation.”

NOTE: In the Twilight Zone episode “The Midnight Sun”, the story suggests that our planet Earth is moving ever-closer toward our Sun. The planet WASP-189b seems to be holding steady – just hot, very hot, for the foreseeable future. 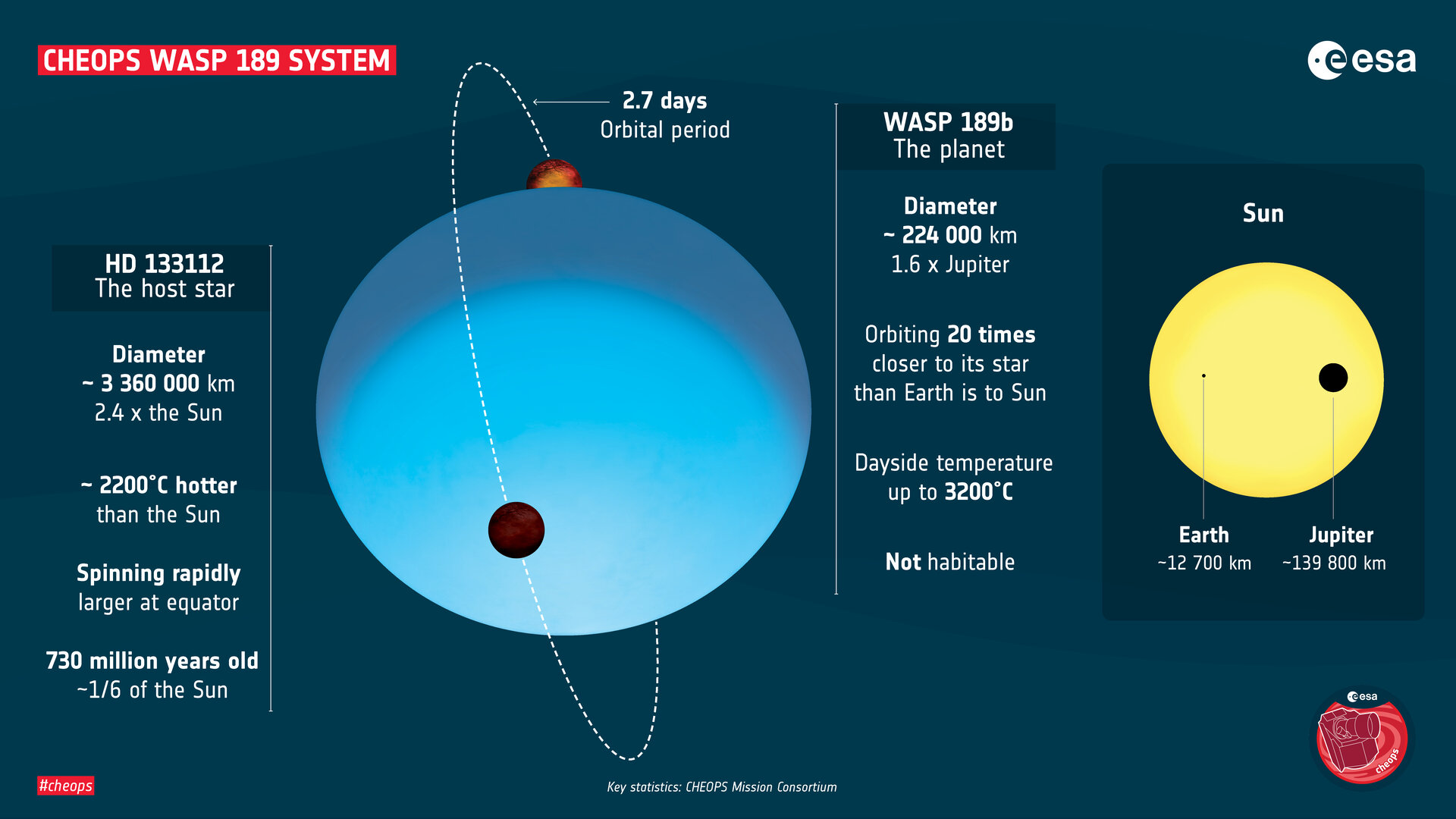 CHEOPS is a satellite that’s part of a European Space Agency mission in association with Switzerland launched at the tail end of 2019. On December 18, 2019, CHEOPS was sent into space by the Soyuz-Fregat launcher in the ESA spaceport in French Guiana in South America.

For the mission that’s centered on this space telescope, the University of Bern collaborated with the University of Geneva, whose observatory is also the home of the Science Operations Center of CHEOPS. With this mission, the ESA hopes to learn more about the thousands of exoplanets already known throughout our universe, characterizing the lot to the best of its abilities.