Check out this Rolls-Royce Cullinan frolicking in the Arabian desert

When Rolls-Royce set out in creating the Cullinan SUV, it wanted it to be unlike any production Rolls in the carmaker’s 114-year history. The Cullinan is not only the first SUV from Rolls-Royce, but it’s the brand’s first off-road capable vehicle. Executive editor Chris Davies witnessed the Cullinan’s off-road prowess firsthand. As expected, he was smitten by its rugged capabilities and new world refinement.

“The Cullinan didn’t exist before because Rolls-Royce didn’t choose to make it before,” said Davies. “Now, it does, because it did, and the Cullinan doesn’t handle off-roading with disdain, but with a wholehearted commitment.”

Rolls-Royce was kind enough to share recent photos of its Cullinan SUV frolicking in one of the most inhospitable environments of our planet: the Arabian desert. Owned by what Rolls-Royce describes as a ‘local patron of luxury,’ the Sapphire Black Cullinan ‘brought supreme liberty to life’ and ‘surfed over high and low terrains with absolute authority,’ according to the carmaker. 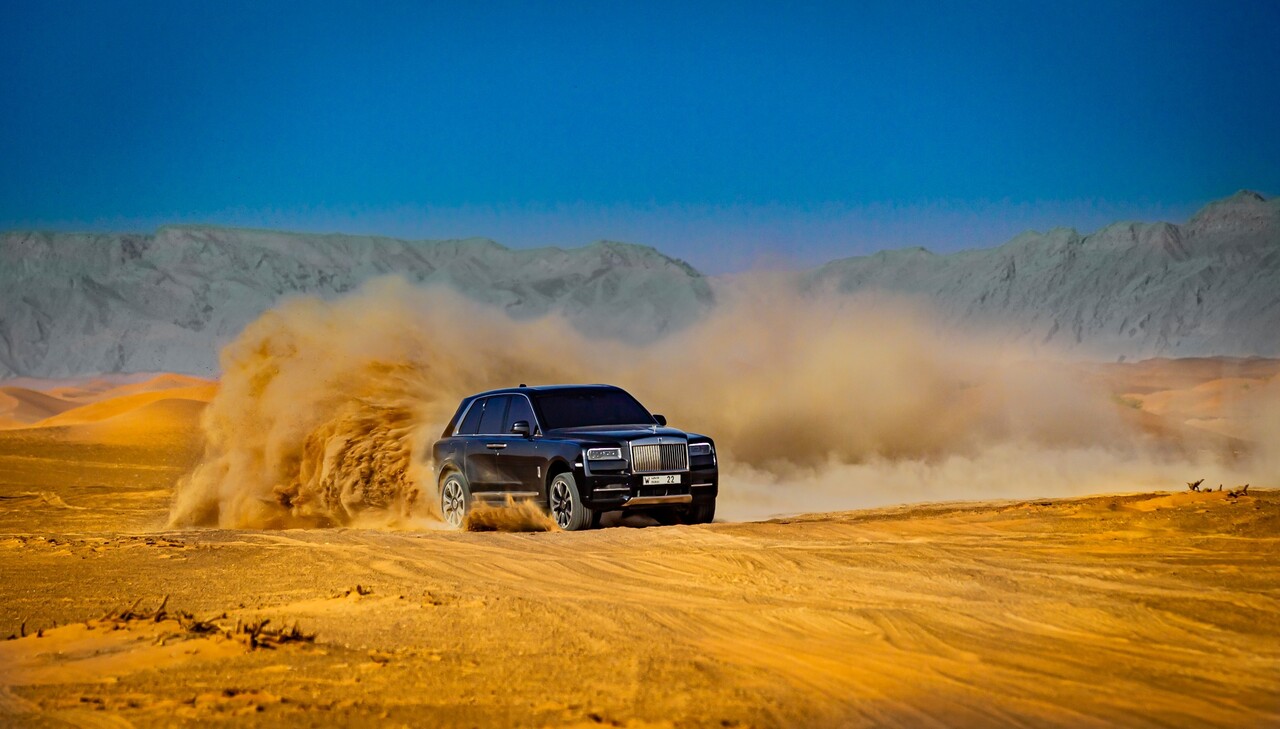 And even though the Cullinan is a high-riding SUV, it remains the Rolls-Royce of SUVs with its renowned ‘Magic Carpet’ ride quality, even when forging off the beaten path. “You hear the word ‘effortless’ a lot when it comes to Cullinan,” added Davies. “But it’s ‘Effortless Everywhere’ tagline is less a boast than it is a steadfast commitment.” 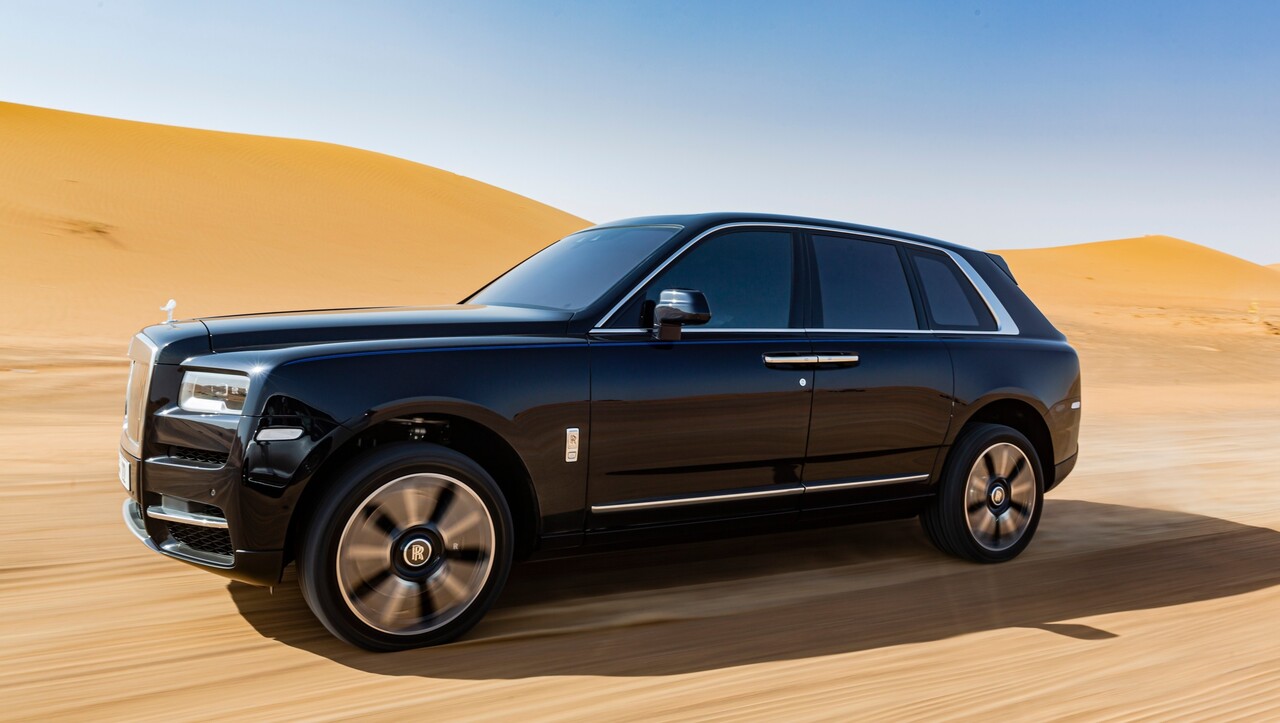 The Arabian dunes have proven to be a worthy adversary, but the Rolls-Royce Cullinan was exhaustively tested to cope with both low and high temperatures and low traction surfaces. It also has enough power to get the job done. 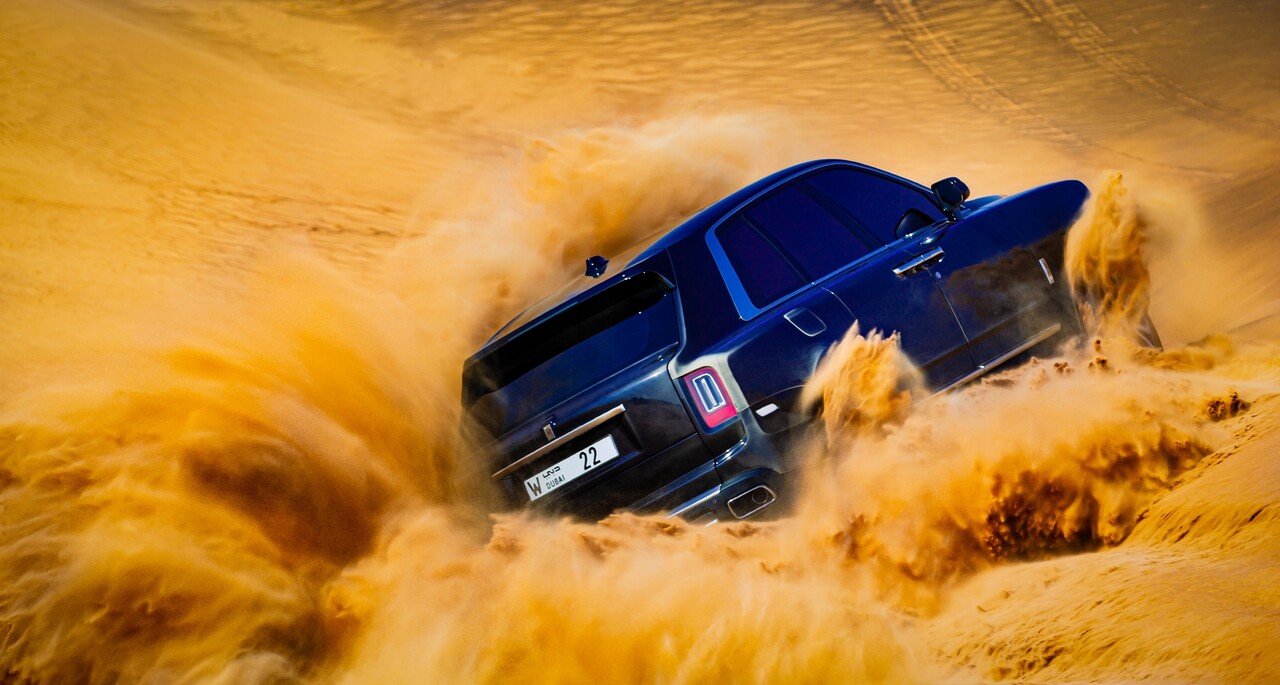 The Rolls-Royce Cullinan has a 6.75-liter twin-turbocharged V12 motor pumping out 563 horsepower and 627 pound-feet of torque, which is more than enough to climb humongous dunes. Equipped with standard all-wheel-drive, an eight-speed satellite-guided automatic transmission, and adjustable air suspension, the Cullinan rushes to 60 mph from a dead stop in under five seconds, and it can do it on tarmac or in the wild outdoors. 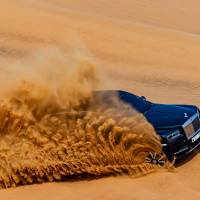 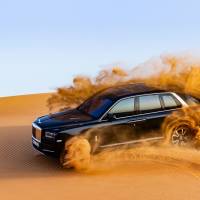 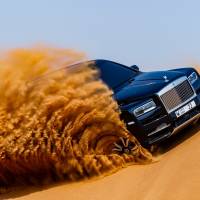 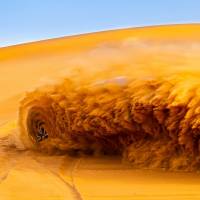 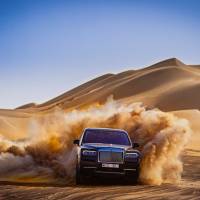 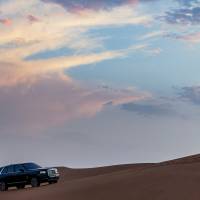 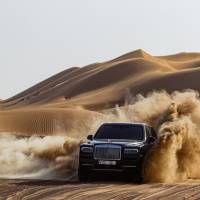 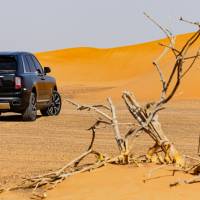 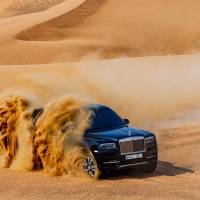 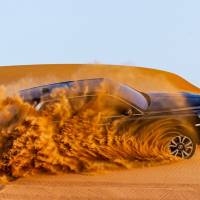 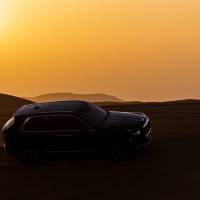 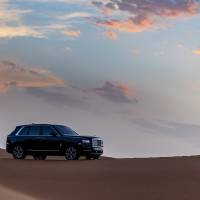 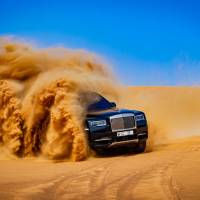