This week it’s been announced – but not updated quite yet – that the iOS version of Facebook will be getting a bit of Facebook Home for the iPad and iPhone. Though the full version of Facebook Home really isn’t a possibility for Apple’s mobile products the way their software is set up, the Chat Heads piece of the puzzle is being teased by Facebook CTO Mike Schroepfer and mobile head Cory Ondrejka today at the AllThingsD Dive Into Mobile conference taking place this week. 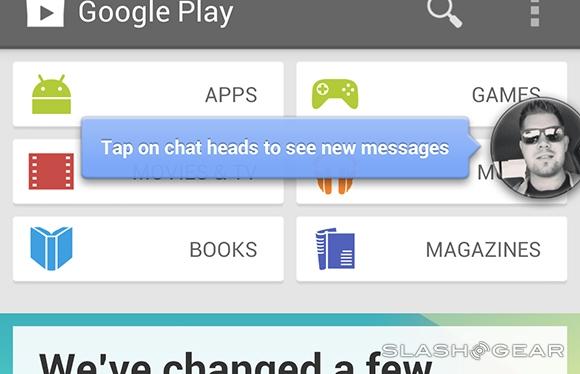 Noted today, the updated Facebook apps for iOS will also include “stickers” for the messaging end on both iPad and iPhone. You’ll also be seeing an updated iPad app which includes aesthetics brought to Facebook in the newest newsfeed update to desktop. The mobile version will once again be reflecting the desktop version in-browser and vice-versa. 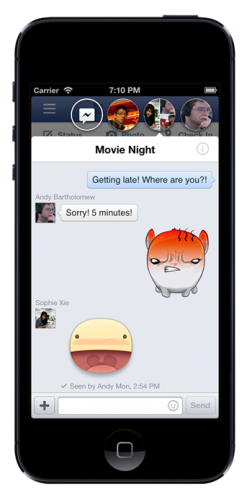 UPDATE: Facebook has added information on the update that’ll be rolling out today. Have a peek at these notes from the social network and keep refreshing your iTunes store updates tab!

Chat Heads
• Now you can keep chatting, even when you’re doing other stuff on Facebook, like checking your News Feed.
• Tap chat heads to reply, drag them around, or flick them down to close.

Stickers
• Messaging within Facebook for iOS now includes Stickers.
• Tap the smiley to add stickers to your messages and get more stickers in the Sticker Store

News Feed
• We’re also rolling out the improvements to News Feed that were announced in March.
• The biggest change is on iPad, where you’ll see brighter, more beautiful stories.

Have a peek at the timeline below for more information on Facebook Home, Chat Heads, and all things Facebook mobile from the past few weeks. You’ll want specifically to see our Facebook Home review for a vision of how this ecosystem works on Android and at our hands-on with Chat Heads for Android to see what the iOS version might bring. Again, we’re expecting a much more miniature set of features. 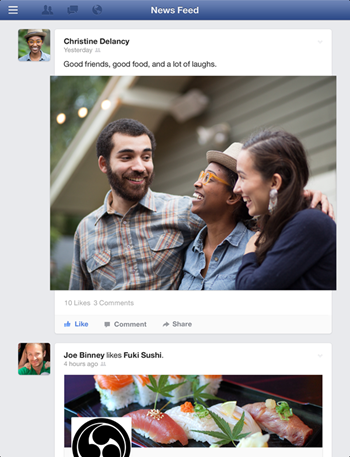 Stay tuned as we keep an eye on the apps with you and we’ll let you know when they’re updated – soon and very soon!