China lands on the moon again – here’s what comes next

It would appear that China has landed on our moon, once again. The Chang’e-5 mission (嫦娥五号) works with China’s mission module ready to bring back samples from the surface of our nearest space neighbor. The landing was expected to take place near the mountain Mons Rumker, in the Oceanus Porocellarum region on our moon. The announcement was made in a statement from state-run CGTN news this morning.

Per CGTN, December 1, 2020 is the day China landed on the moon with Chang’e-5 with full intent on bringing back material from the moon. If successful, this will be the first mission to return to Earth with lunar samples since the Soviet Union mission Luna 24 landed in 1976.

The Chang’e includes a stationary lander capable of stopping down on the surface of our moon, along with an ascent vehicle that’ll fly up to the orbiter and Earth-return craft, eventually heading back to Earth once the mission’s captured materials for study. 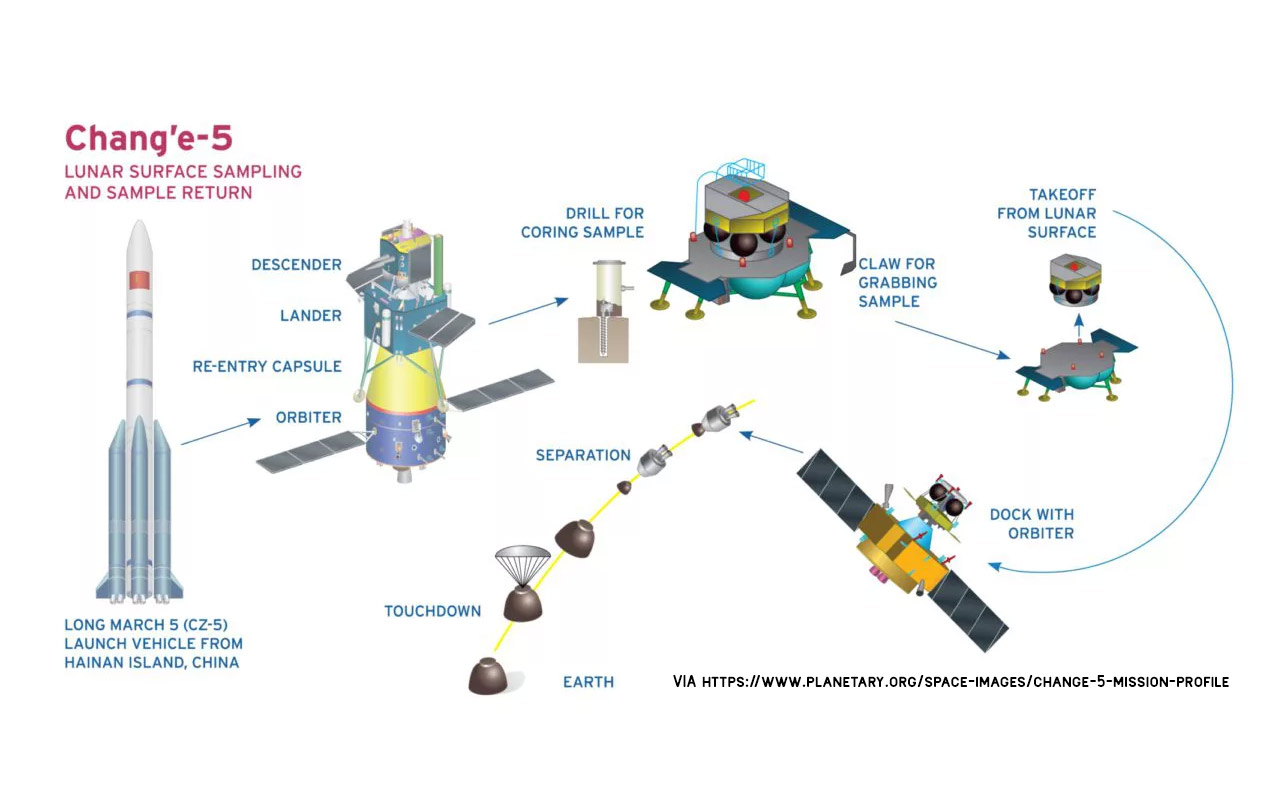 Next the lander will collect approximately 4.4 lbs. (2kg) of material from the surface and up to 6.5 feet (2 meters) below the moon’s surface. Once material is collected, one section of the craft (the ascent vehicle) will take off. The launch will meet with the orbiter/Earth-return craft to return to our planet.

The mission’s stated timeline suggests it’ll return back to Earth to land in Inner Mongolia before the end of this month, December, 2020. According to The Planetary Socicety, said samples will be the “youngest-ever” Moon samples ever returned to Earth.

NASA’s Apollo astronauts returned samples that were over 3.1 billion years old, at youngest. The Chang’e-5 mission’s samples will (ideally) be around 1.2 billion years old. That’ll be within the bounds of multicellular life here on Earth. We look forward to the studies that’ll be done on this material, especially as it pertains to our Moon’s creation and evolution alongside our far more fruitful planet!