Amazon dropped the price for its second-generation Kindle Oasis, and now it’s adding a second color: the Kindle Oasis champagne gold. The first gold model to grace Amazon’s line-up of ereaders, the new Oasis may be functionally identical to its graphite gray sibling, but it’s definitely more eye-catching.

That means you still get the 7-inch, 300 ppi e-paper touchscreen display, with illumination for low-light reading. It’s also IPX8 waterproof, which was another first for the Kindle range, and it supports Bluetooth headphones or speakers for playing back Audible audiobooks. 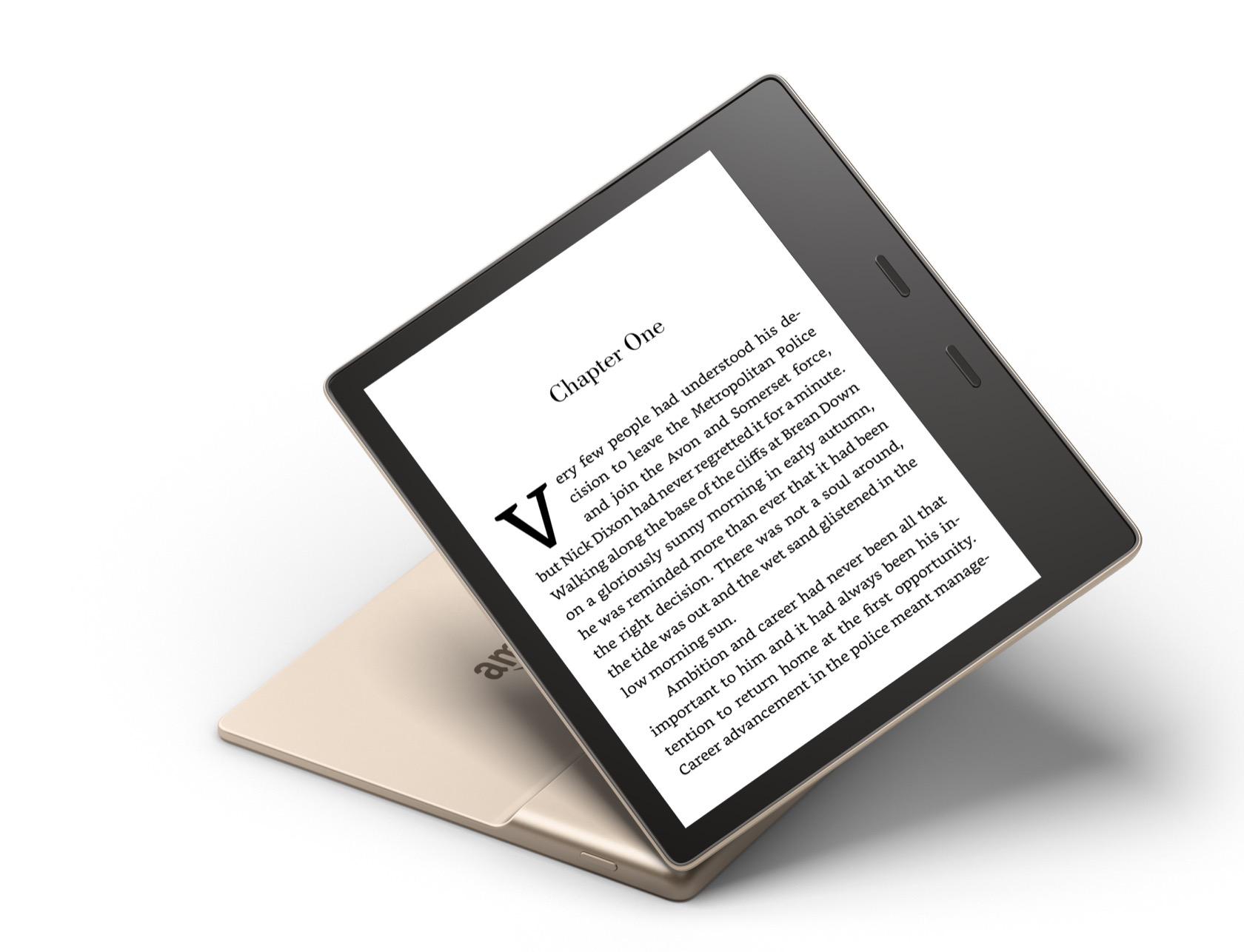 Like the original Kindle Oasis, the 2nd generation model has an asymmetrical design. One side of the ereader is thicker, with the twin page-turn buttons; that portion of the body is where you’ll find the battery, WiFi and Bluetooth radios, and the mainboard. The rest of the device is much slimmer, pretty much just the thickness of the e-paper display and its metal frame.

Unlike the original Oasis, however, for the 2nd-gen model Amazon integrated the full battery into the body of the device. The first iteration split the power in two, with a smaller internal battery that was recharged on the go by a magnetically-attached cover. The current Kindle Oasis keeps the magnetic cover design, but the ereader itself now has all of its battery internal. 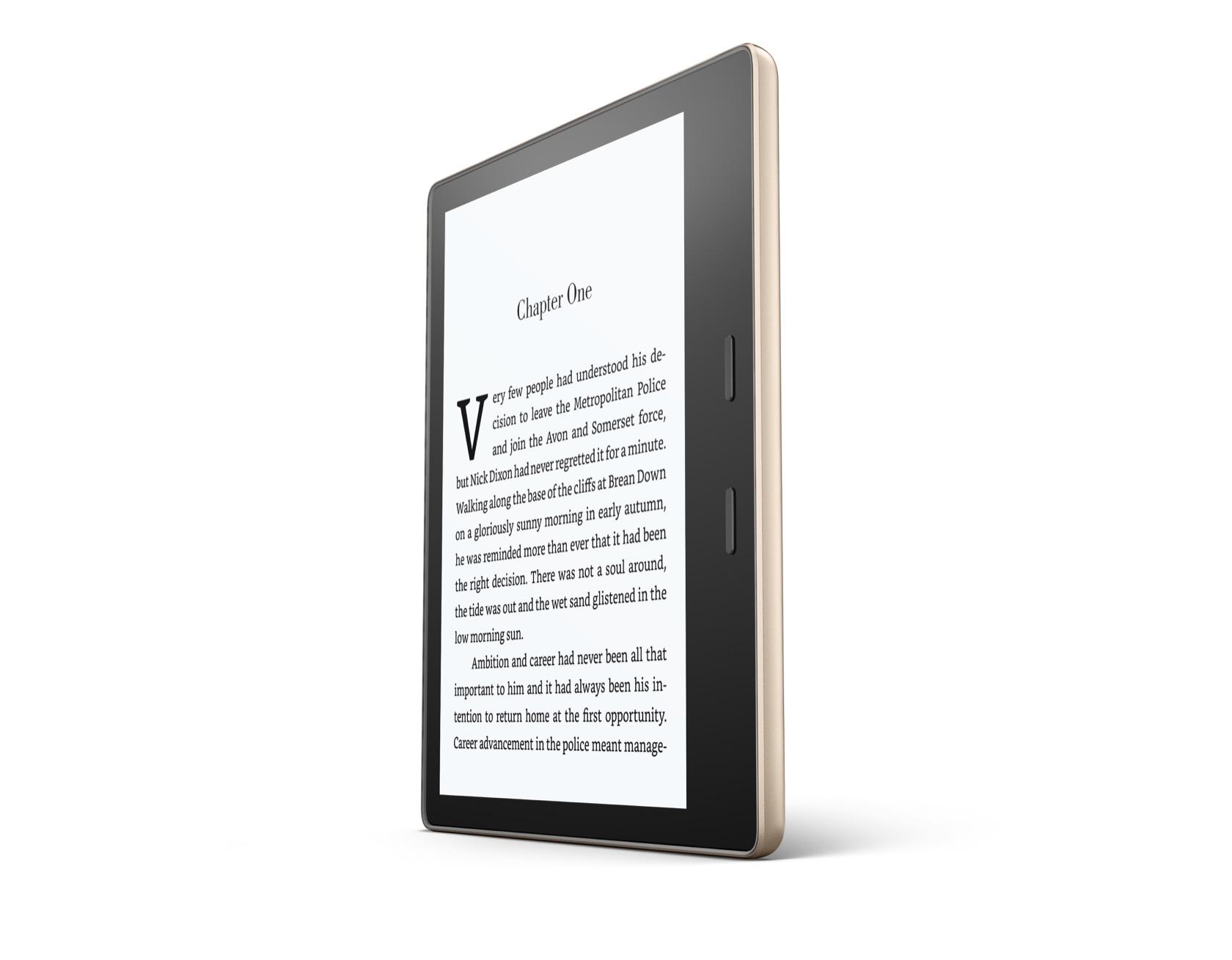 It’s worth noting that, despite the champagne gold aluminum housing, Amazon has left the screen surround with the same dark finish. That’s presumably both a manufacturing shortcut and a way to leave the text on-screen more visible.

As we found in our review of the graphite Kindle Oasis 2nd-generation, the 2017 update addressed many of the concerns we had about the original. Streamlining the battery made it easier to live day-to-day with the ereader, while the larger display was welcome given Amazon’s newer software features. Of course, most of what the Kindle Oasis can do, you can also find on a Kindle Paperwhite for considerably less money, even if it’s not as slender.

Amazon will be offering the new champagne gold Kindle Oasis only in the 32 GB form, and unfortunately there won’t be a cellular model, at least to begin with anyway. Indeed, only two configurations will be available: a $279.99 advert-supported 32 GB WiFi-only version, or $299.99 for the same device but with no adverts on the lock screen. In the UK, it’ll be £259.99.

Update: You can order the Gold Kindle Oasis from today, though Amazon tells us it won’t begin shipping until March 22nd.

SlashGear uses affiliate links, and if you order a product we may get a small percentage of the sale.