Spectral information on antimatter has been obtained by researchers for the first time in the history of science. This was made a reality over the course of a 20-year study using the ALPHA experiment at CERN. This team was lead by Dr. Ahmadi of the Department of Physics at the University of Liverpool, and the study will play a big role in further understanding matter and energy in a variety of scientific disciplines well into the future.

“The Standard Model* predicts that there should have been equal amounts of matter and antimatter in the primordial Universe after the Big Bang, but today’s Universe is observed to consist almost entirely of ordinary matter,” explains the study. “This motivates physicists to carefully study antimatter, to see if there is a small asymmetry in the laws of physics that govern the two types of matter.” To this end, a research team began working in the year 1996 to study antimatter.

The photo shown above was captured at CERN on the 14th of January 2016 by photographer Maximilien Brice. In the photo is Jeffery Hangst, spokesperson of the ALPHA collaboration, who said, “Using a laser to observe a transition in antihydrogen and comparing it to hydrogen to see if they obey the same laws of physics has always been a key goal of antimatter research.” 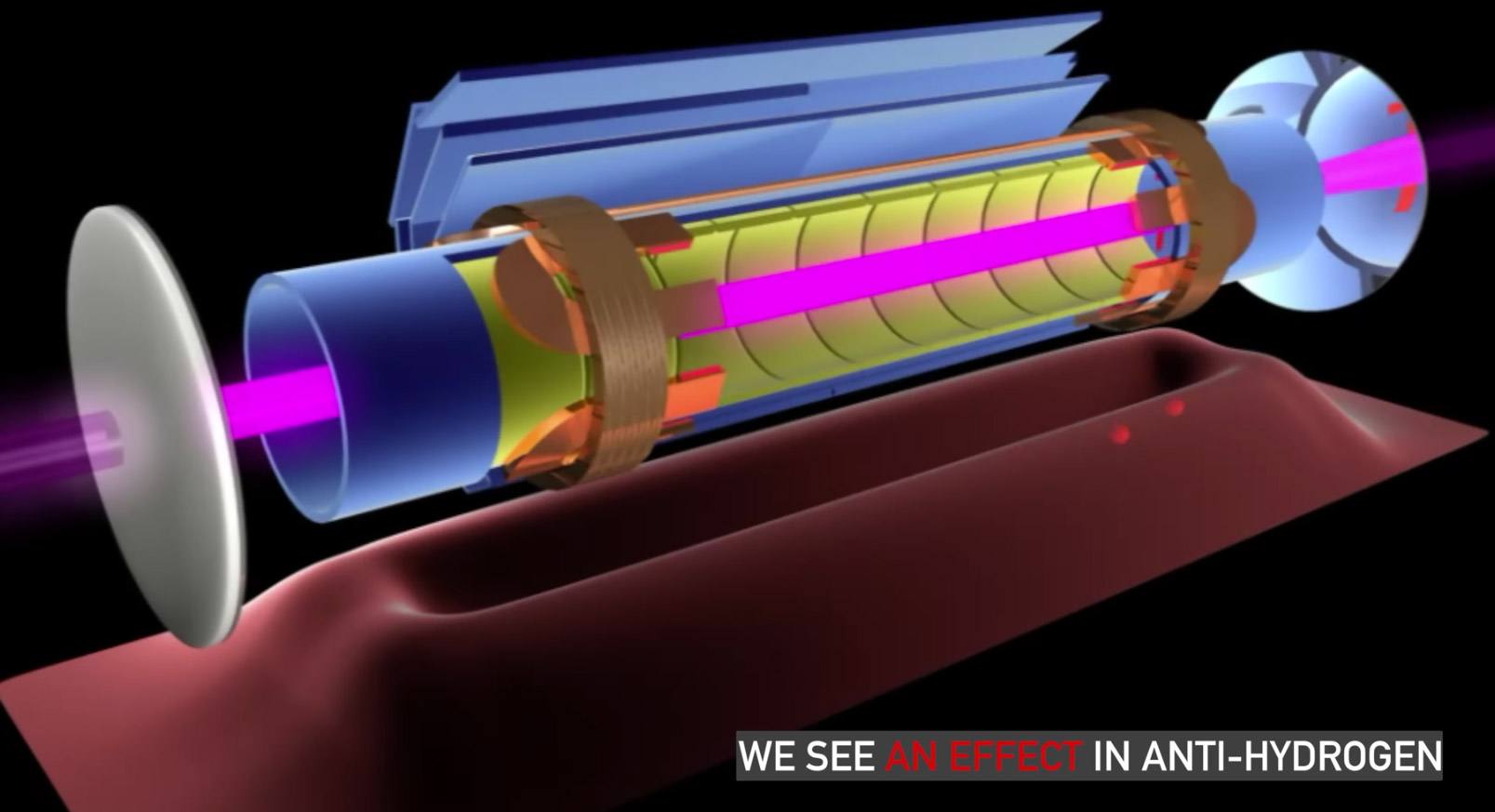 At the start of the study, the AnTiHydrogEN Apparatus (ATHENA) experiment, a part of the CERN Antiproton Decelerator facility, was used instead of ALPHA. In 2005, the crew switched to the successor of ATHENA – ALPHA. ALPHA is able to capture atoms of neutral antihydrogen. Hydrogen is used because of its covering 75% of all baryonic mass in the Universe.

“Moving and trapping antiprotons or positrons is easy because they are charged particles,” said Jeffrey Hangst, Spokesperson of the ALPHA collaboration. “But when you combine the two you get neutral antihydrogen, which is far more difficult to trap, so we have designed a very special magnetic trap that relies on the fact that antihydrogen is a little bit magnetic.”

ALPHA’s capture of these neutral antihydrogen atoms lasts longer than any instrument that’s come before it. It’s vital to keep hold of these antimatter atoms as long as possible to study – let loose, they annihilate real quick. Once trapped, these antihydrogen atoms are studied using lasers and/or other radiation sources.

*This study acts to test how matter behaves differently from antimatter. This is done to test the Standard Model which science currently uses to understand matter and antimatter in our known universe. Cern’s Standard Model in a nutshell does the job of making this science easy to parse.

For more information on this study, see the scientific publication Nature where the paper “Observation of the 1S–2S transition in trapped antihydrogen” is published. This paper can be found with code doi:10.1038/nature21040 and was written by Dr. M Ahmadi et al., published December 19th, 2016.