There’s an accessory called CapSnap out there that’s taking baseball hats as seriously as some people take sneakers. Imagine having a cap that you wear sometimes – not all the time, because that’s nuts – but pretty often. Now imagine that you don’t want to just jam it in your bag when you’re not wearing it. What do you do?

The CapSnap is part carabiner and part cap-grabber. The way it clamps on to the baseball cap does no damage and holds the cap tight. It also holds the cap in a way that allows the user to display said cap whilst not on one’s own head.

It’s like never bending your foot above the toe or below the ankle, for fear of crushing the trainer. Your hat might well deserve that kind of treatment, too. “Our hat accessory features an innovative clamp design that allows you to attach and carry your hat when its not being worn,” says CapSnap. “Leaves no marks or imprints on the hat, keeping it protected and ready to wear.”

To the average person, this accessory has to look nuts – or at least nearly bonkers. Why would someone take so much care of a cap, an accessory that might cost between $20 and $40 USD? Because it’s lucky. Because it’s precious. Because it’s mine. 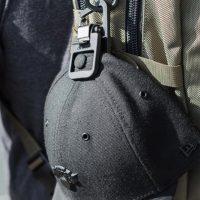 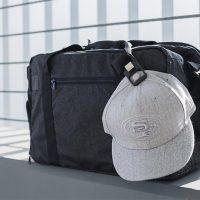 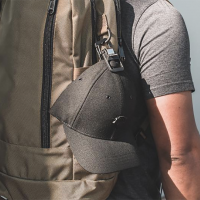 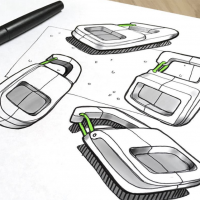 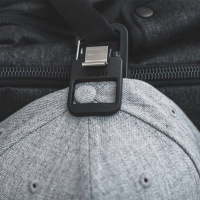 Now if only I could get a protector for a CapSnap to keep the CapSnap as fresh as possible – that’d be best. Also I need a little umbrella for my cap to keep the cap dry for rainy days when the CapSnap isn’t quite enough. We’ll see about those next! Industrial designers get at me!

CapSnap is made by the folks at DSPTCH. That team is is based in San Francisco, CA and is a privately owned and minority operated business. They also make a variety of packs, cases, straps and other odds and ends too.