Capcom tied to No Hope Left graffiti campaign, Resident Evil 6 in the wings

Tomorrow is the day we’ll find out if it’s all true, or if what’s true ends up being that Capcom is revealing a new game after their rather strange viral ad campaign “No Hope Left” complete with graffiti, a nameless blog, and video of a woman freaking out. While some of you have been following this campaign for a week or so, it’s only today that we’re finding out for sure that it’s all tied to the gaming group, as Tuffcub from thesixthaxis has successfully sleuthed out. As it turns out, one of the graffiti photos posted this week was taken near this fellow’s home, and upon closer inspection he found that it wasn’t graffiti at all, but one big hoax.

Of course there’s no such thing as a hoax when the group responsible doesn’t specifically tell you that it’s supposed to be something that it’s not, right? What Tuffcub did was to contact the group whose billboard it was to see who rented the area at that time, and what do you know? They had the answer, of course, as they’re required to by law. 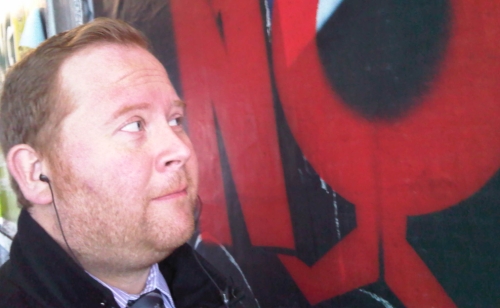 Panel number is 2375 03 Parry Street. The company advertising on it is CAPCOM.

You can find the rest of the loosely strewn campaign across nohopeleft.com where the nameless set of adverts are crowned with a strange video of a “real” woman speaking to her significant other, only to be attacked by… something or other. This all falls in line with what’s known in Japan as the game series “BioHazzard.” The USA version of the series is called Resident Evil.

Now we must assume that this campaign is not made for the prequel game Resident Evil: Revelations, as that game has already been announced as going on sale on the 26th. Instead, given that the date January 19th, 2012 (tomorrow) has been dropped a few times in the timeline on the campaign site, it’s gotta be Resident Evil 6. Sound reasonable to you? We’ll find out tomorrow for sure!