Camcorders are definitely not yet dead. At CES 2016, Sony in fact debuted one with 4K capabilities. Not to be outdone, Canon is also expanding its camcorder selection with new VIXIA models. The VIXIA HF G40 is specifically designed for what Canon terms as “advanced amateur photographers”, delivering a foretaste of power without sacrificing portability. The new VIXIA HF R series members, the R72, R70, and R700, offer better usability and a longer battery life, perfect for capturing family moments and memories any time, anywhere.

Most digital cameras these days are marketed at two groups on opposite ends of the skill level spectrum: beginners and professionals. Seldom do you find products for those in between trying to make the transition. Canon’s VIXIA HF G40 camcorder is one such product. It boasts of an andvanced HD CMOS Pro sensor that it says is comparable to its professional camcorders like the XA35 and XA30. It has 20x High Def Optical Zoom lens and five-axis Optical Image Stabilzation. It’s 3.5-inch OLED touch screen makes it easy to take shots in difficult angles while the high resolution Electronic View Finder lets you easily frame the shot.

One interesting feature of the HF G40 is its Highlight Priority mode that supposedly achieves the same effects as HDR to make details and colors really pop. The camera is capable of 1080/60p video recording and can even do slow or fast motion takes. The Canon VIXIA HF G40 will go on sale next month for a not so novice-friendly price of $1,299.99. 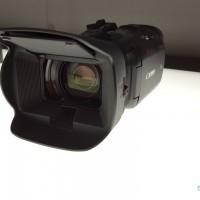 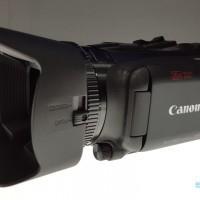 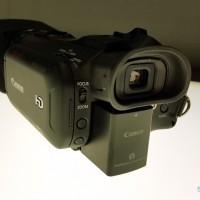 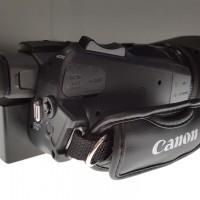 The VIXIA HF R series is meant more for casual or beginning photographers, especially those that love recording family events. The new R70 and R72 models boast of a 57x Advanced (not optical) Zoom and Super Range OIS. The 3.38 megapixel Full HD CMOS sensor, paired with the DIGIC DV 4 processor, deliver high detail photos and videos even in low light. The camera can record in Full HD, either in MP4 or AVCHD formats. New to the series is built-in Wi-Fi and NFC, allowing for easy sharing of captured photos and videos wirelessly. 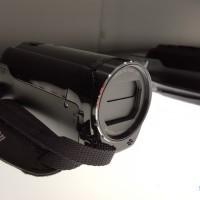 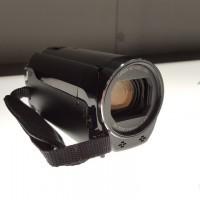 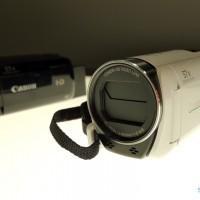