As gorgeous camera mods go, this one will take some beating.  An original Canon AE-1 film camera body has been given a new lease of life, after some careful modder injected the guts of a modern 9-megapixel digital camera into the classic chassis.  Paired with a pancake 10mm f/1.4 lens and as many of the original controls left in place as possible, it’s a good reminder as to why camera manufacturers keep coming back to retro designs: it seems we just can’t get enough of them. 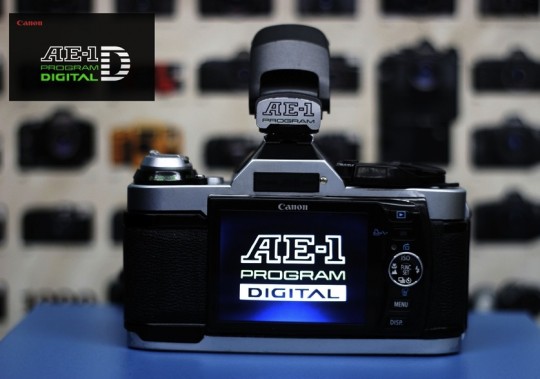 The end result is a 9MP shooter with image stabilization and 4GB of storage, together with an internal USB port.  There’s speculation that the donor guts were from a Canon Powershot SD870 and that the visible lens is just a disguise for that point-and-shoots own far smaller zoom barrel, but either way we’re loving it.