Today Canon revealed a 250MP image sensor that’d make Along Game a Spider, Stargate, and Blade Runner feel vindicated at last. While this new sensor isn’t quite able to see around corners, it’s massive enough to allow users to zoom in, then in again, then in again – much like you’d see happen in a science fiction film or investigative drama TV show in the 1990’s and early 2000s. This new Canon image sensor is made for archival and surveillance camera purposes.

The new hardware from Canon goes by the name LI8020SA, and it’s a 250 megapixel CMOS sensor, ready to roll for new cameras and image capture devices in the coming months and years. The sensor was revealed by Canon Japan, and it’s aimed at both industrial and surveillance markets.

Below you’ll see a compilation of “Zoom and Enhance” situations in movies and TV shows over the past several decades. This trope continues to be used today – and parodied today – in shows and movies of all sorts.

Next you’ll se a video from Canon Japan that shows what this new sensor can do. In the video they note that this new hardware is an APS-H (29.35mm x 18.88mm) sensor capable of capturing pixels at 1.5um (pixel size). This device captures imagery at a resolution of 19568 x 12588 pixels per frame.

In addition to the ability to utilize a LARGE image with standard zoom, this sensor works with a technology dubbed “Region of Interest.” With Region of Interest, the user can select an 8K section of the sensor’s full frame of view to capture (instead of the full FOV). With this smaller section, the sensor is able to capture at 24 frames per second (up from the standard 5 frames per second at full resolution). 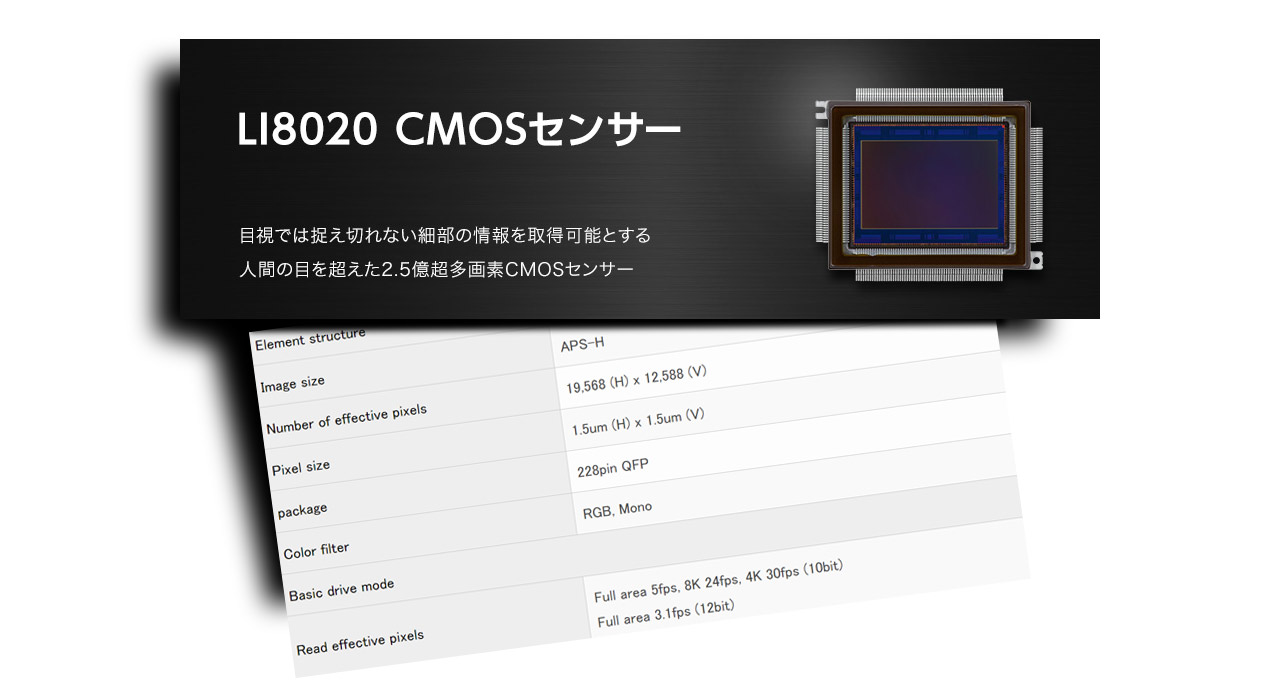 Another feature allows a nearly full resolution capture at 45 frames per second with line-skipping. You’ll have slightly less detail vertically (1/9th), but you’ll have 45 frames every second instead of 5. We won’t see this sensor in any consumer-level cameras any time soon – but it wouldn’t be a shock to find the enhanced features appearing in lesser sensors before the end of 2021!