A new study expanded on a seemingly impossible scenario in which wood ants survived while trapped for years in an abandoned nuclear weapons bunker in Poland. The wooded area around the former Soviet nuclear base at Templewo, Poland contained (and still contains) large colonies of the wood ant (Formica polyctena Först). In the year 2012, volunteer researchers entered the bunker (one of two, actually), to ascertain information about bats that’d found their way in to hibernate. In 2012 they found bats, but they also found a massive amount of ants – and so they started gathering data on the ants as well as the bats.

Where the bats were found throughout the bunker, the ants were found concentrated in a single chamber room. These ants were trapped in a room with length and width at around 3 m x 1.2 m and a ceiling at around 2.3 m high. It’s not a particularly sizable room. NOTE: ALL of the images in this article were captured by Wojciech Stephan as part of the set of studies we’re exploring here. 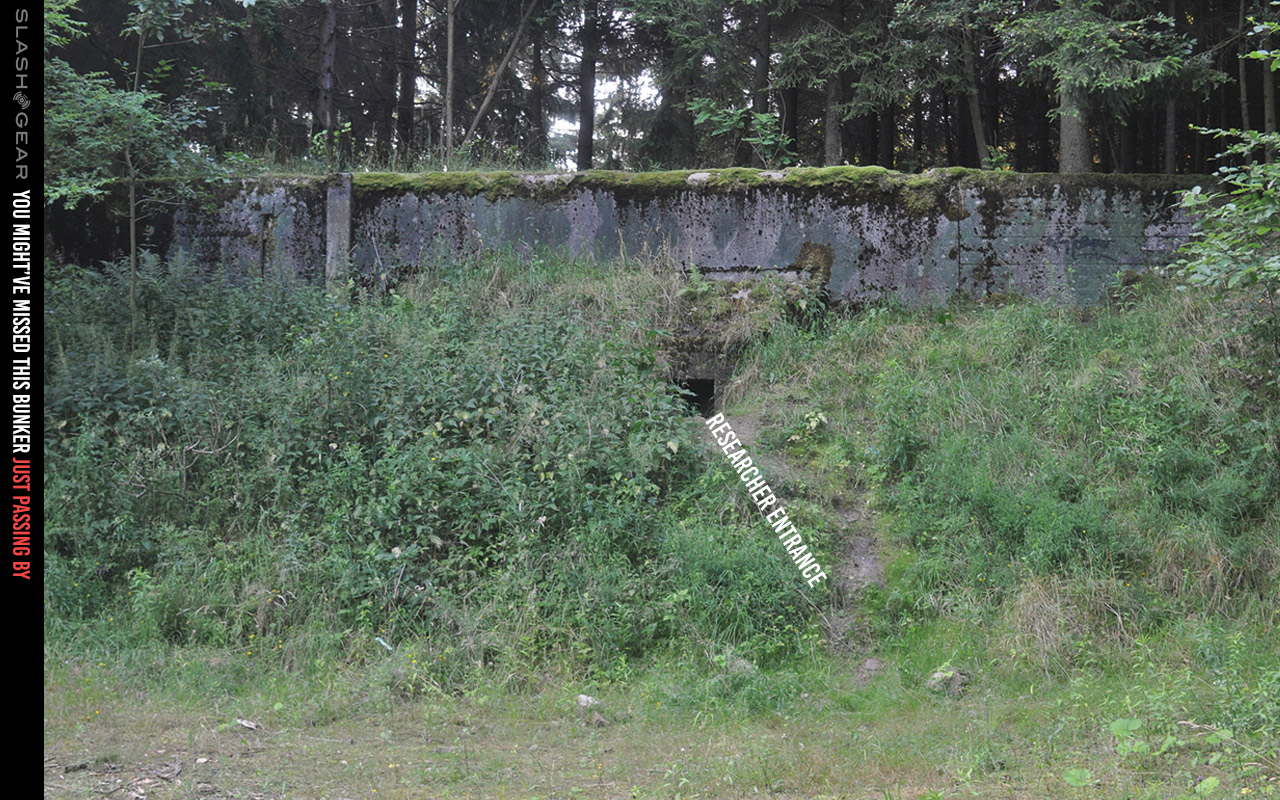 When the researchers first entered the room, the room was pitch black. A pair of openings led into the room – just large enough for the researchers to enter. One was near the floor, the other was part of the way up the wall. While ants appeared almost everywhere inside this chamber, it was immediately clear that they did not find their way in through either wall entrance.

While these entrances lead out of this room, they still only connected to another part of the until-then-sealed bunker. No significant number of ants was found through either of these two “entrances.” 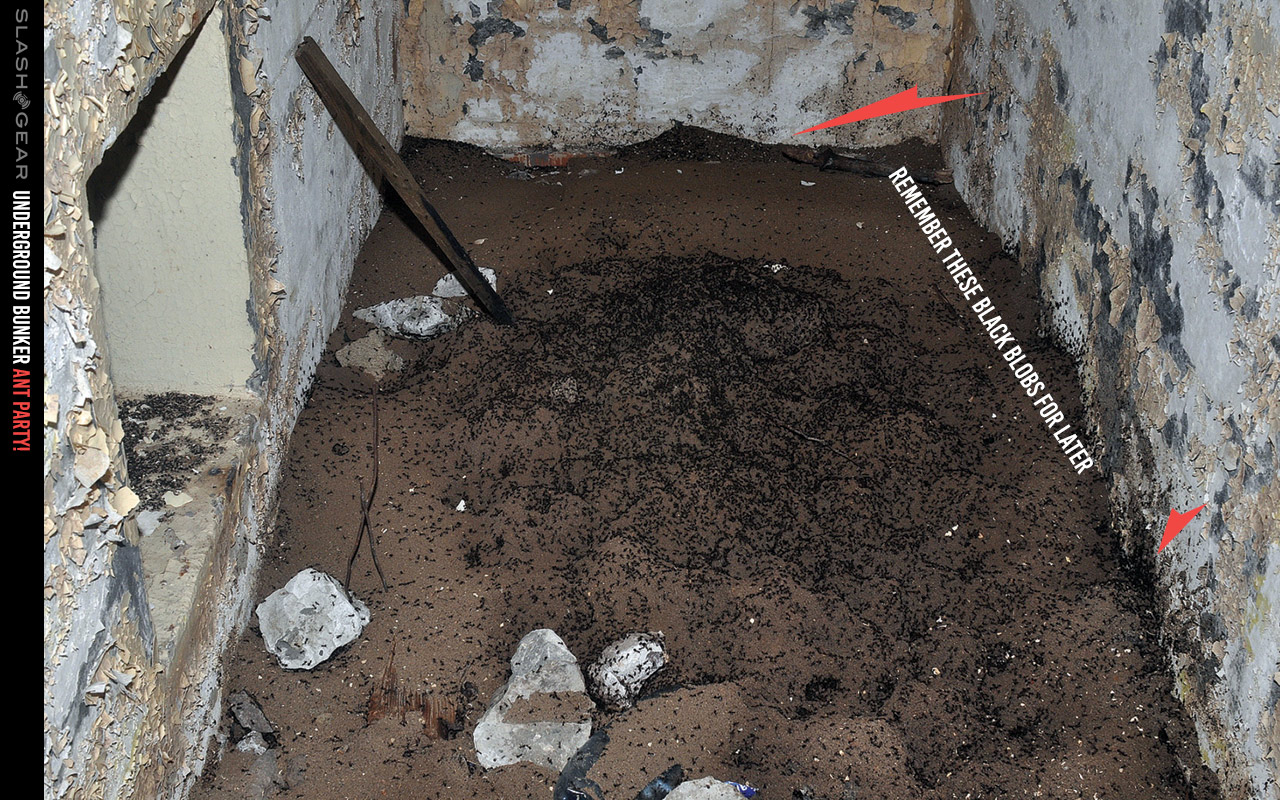 Other than the “entrances” to the rest of the bunker, the room was sealed tight around the edges – concrete walls, terracotta flooring, soil, and metal. The only other major opening in the room was a vertical ventilation pipe in the ceiling, 40 cm in diameter.

Ants are pretty good climbers – they can get up some walls, but they’re not spiders. They don’t do particularly well when attempting to climb up flat surfaces. While some ants appeared climbing the flaking paint on the walls, no ants were seen on the ceiling at any point during the research. 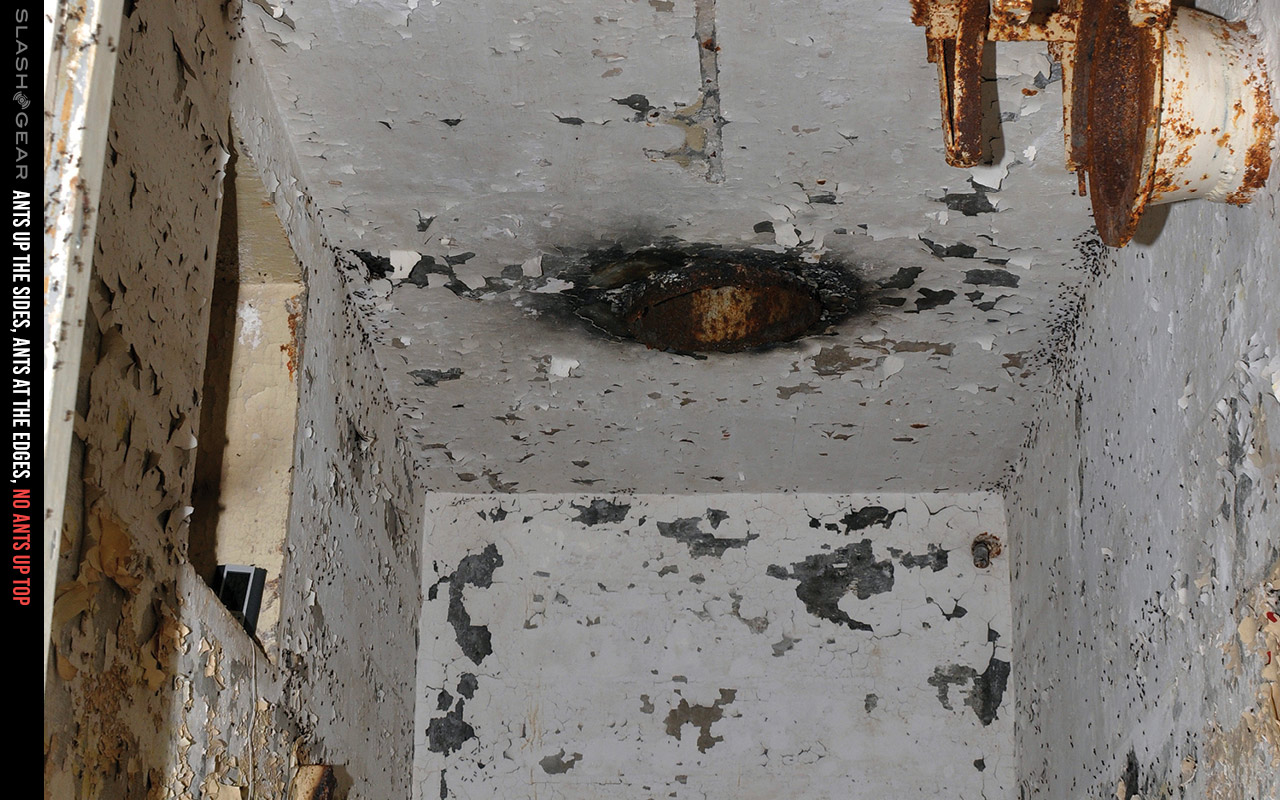 They clearly weren’t getting out through this pipe – but was this the way they got in? As these researchers sat and watched, their hypothesis was confirmed. “Inside of the bunker, ants falling down from the hole in the ceiling were seen every now and then.”

The Pipe and the Hill

There was a metal grate at the top of this pipe that’d been nearly completely rusted over by the time it was discovered for this ant project. Upon inspecting the area where the grate would let out above, it became apparent what’d happened to these ants. 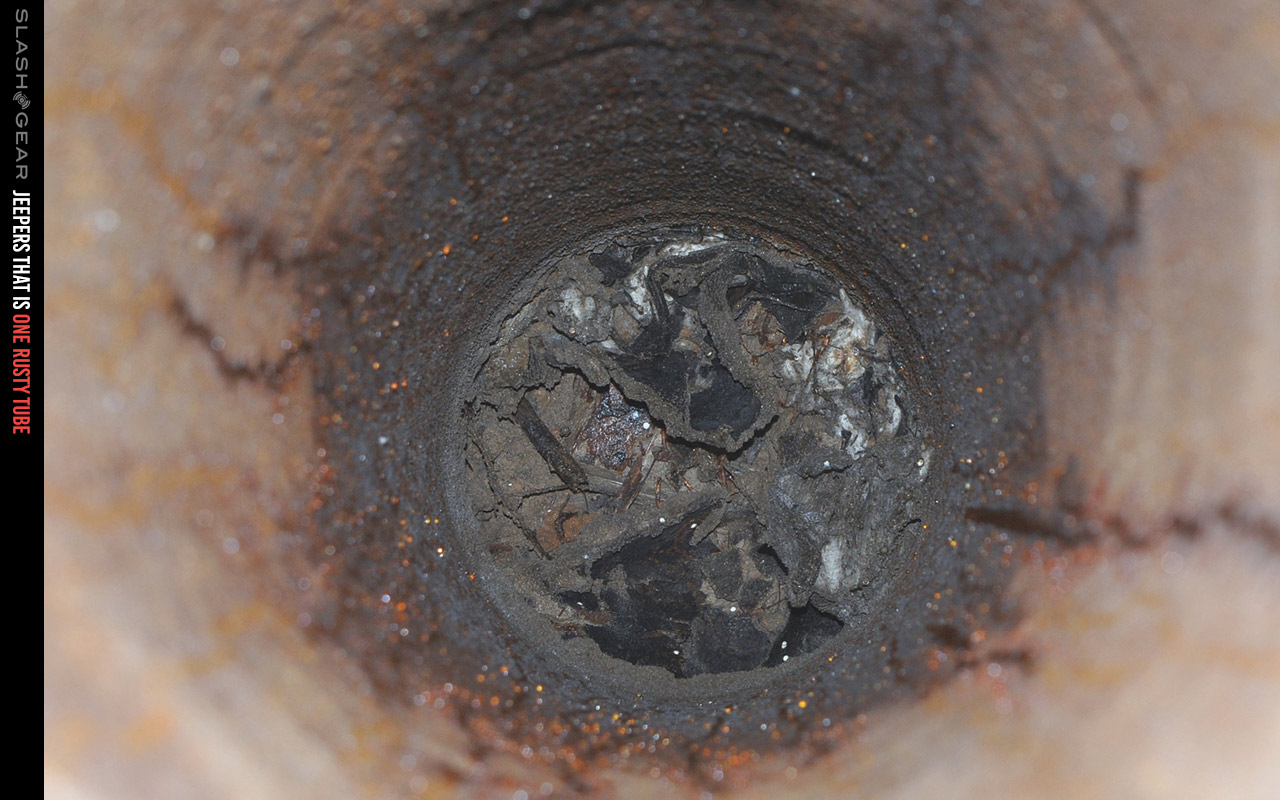 Outside and above the pipe, a significantly-sized mound created by a “free-living F. polyctena colony.” Only the most unlucky of ants from this colony fell through the grate and down to the “trapped” colony below. While this study took place, the number of “bunker workers” in this trapped colony was counted “in hundreds of thousands.” 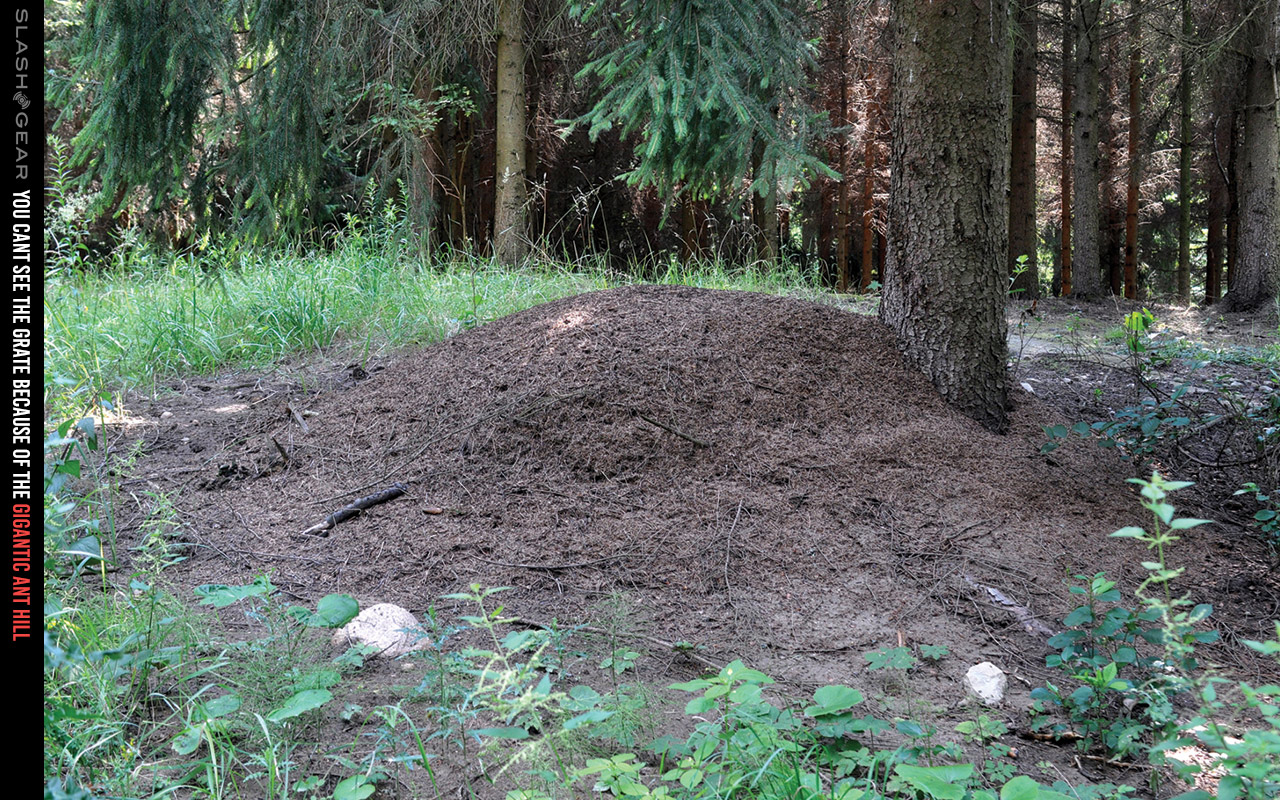 A study published in 2016 showed that this “trapped colony” of ants did indeed exist. This study also showed how the pipe was almost certainly the sole source of the population of ants in the trapped colony below. As they wrote then, “The ‘colony’ has evidently produced no offspring, which is due to low (though relatively stable) temperatures and scanty food in the bunker.”

A study published on Halloween – October 31, 2019 – went into more depth on the “cemeteries” of dead ants you may’ve noticed at the back of the room – those black blobs. Those are piles of dead ants. In the 2019 expansion of the previous work, researchers collected samples of these dead ants for closer inspection.

Per the study: “Of the corpses collected from ‘cemeteries’, a vast majority (93%) bore traces of bites, and also fret holes were seen on their abdomens – typical signs left when the contents have been consumed.”

This is not the first time wood ants have been discovered to be eating their own kind. Several studies (cited in the second of two papers below) show how wood ants take part in “ant wars” each year in early spring. Especially where (and when) protein food is scarce, “fresh corpses resulting from the conflicts are dragged in large numbers into the nests, to feed the developing offspring.”

So while this colony never produced offspring, they continued to survive. Ants from above fell through at a rate greater than the death rate below, allowing the colony to not only survive, but continue to grow for years.

If this all seems like the most awful nightmare of all time, there’s good news! The researchers decided to study the effect of placing a long wooden plank in the room, leading up to the pipe and out to the colony above the bunker. 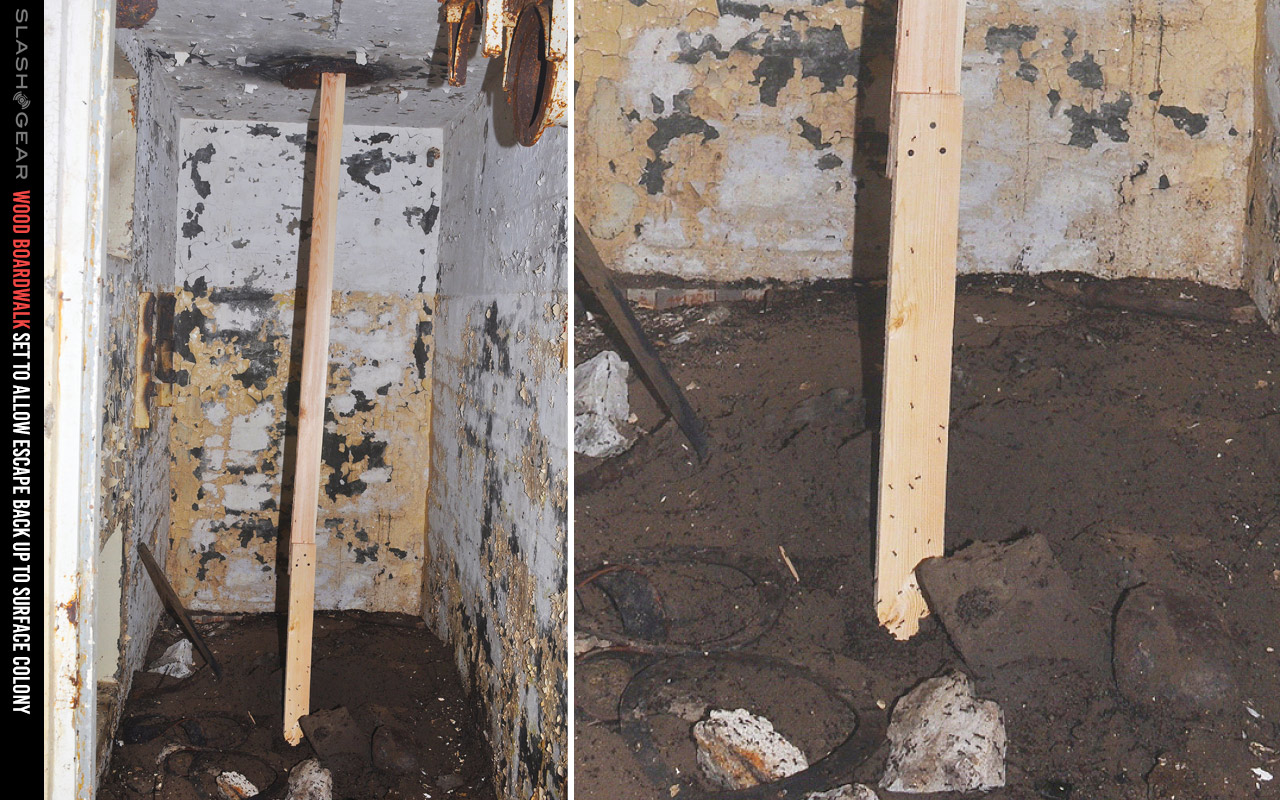 It was September 18, 2016, when the boardwalk, as they called it, was placed. Upon checking the room on February 11, 2017, the room was nearly deserted. They all got out, and went back up to their friends and family above, and their long nightmare was over! Thank goodness for that! 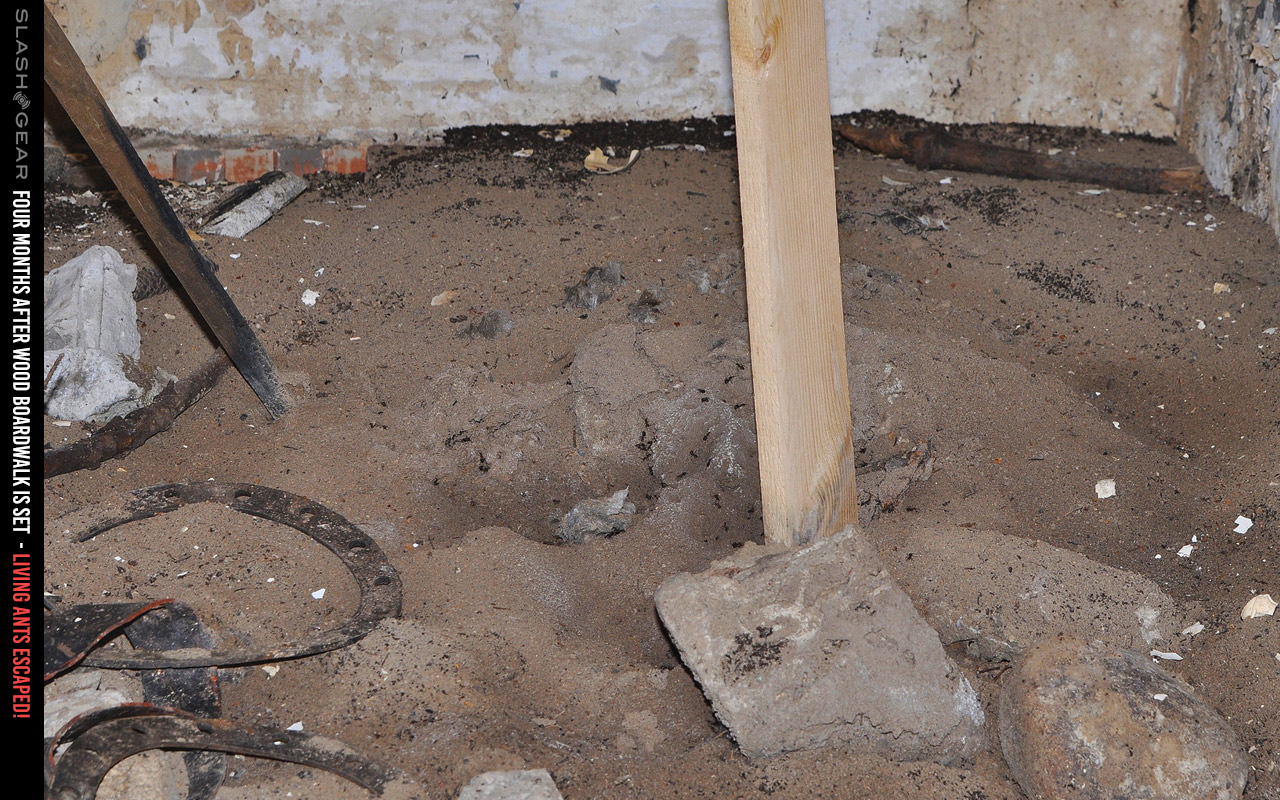 For more information, take a peek at “Living beyond the limits of survival: wood ants trapped in a gigantic pitfall” authored by Wojciech Czechowski, Tomasz Rutkowski, Wojciech Stephan, and Kari Vepsäläinen. This research was published on August 29, 2016 with DOI:10.3897/jhr.51.9096 with the Journal of Hymenoptera Research with Pensoft. That’s the first part.

You’ll want then to continue to the research published more recently on the cannibalism. That one’s called “Ants trapped for years in an old bunker; survival by cannibalism and eventual escape” and can be found with DOI:10.3897/jhr.72.38972 as of October 31, 2019. This research was published with the Journal of Hymenoptera Research with Pensoft, authored by Tomasz Rutkowski, István Maák, Kari Vepsäläinen, Gema Trigos-Peral, Wojciech Stephan, Grzegorz Wojtaszyn, and Wojciech Czechowski.