Remember the words of warning given to use by the wise Weird Al Yankovic, for today, Canada’s Department of National Defense is summoning iRobot with defense contracts. They’ll be working primarily with 20 iRobot 510 PackBot CBRN Recce Systems, each of them working to detect Chemical, Biological, Radiological, Nuclear and Explosives.

A multi-year contract has been awarded to iRobot by Canada’s Department of National Defense worth $9.6 million. With the iRobot 510 PackBot Multi-Mission robot platform, Canada will be able to take on CBRN threats wherever they rear their ugly head well into the future. According to iRobot, these machines are also ready to roll for “explosive ordnance disposal, reconnaissance, route clearance and data collection in industrial settings.”

• Enhanced mobility through the addition of rear flippers. 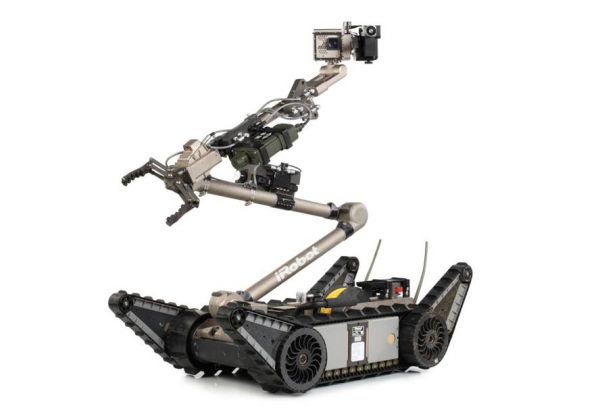 To date, iRobot has delivered well over 5,000 robots to military and civil defense forces around the world. Have a peek at SlashGear’s iRobot tag portal for more robotic excellence from all angles.