With a Call of Duty game coming out at least once a year for what seems like forever, it’s not easy always seeing the newest title for what it’s worth, especially when it comes to multiplayer. With Call of Duty: Ghosts, you’ve got the first title from this series to be released to the next-generation consoles PlayStation 4 and Xbox One. Because of this, we’re able to take on a new era regardless of the changes Infinity Ward has made – but is it enough?

Short answer: yes. When you’re considering purchasing Call of Duty: Ghosts, especially if you’re going in for multiplayer above all else. Offering a litany of options and features in the multiplayer arena and aiming for visually spectacular surprise after surprise in the one-player experience, there’s certainly good reason for this game to be named number one best-selling title in this new generation for both consoles (according to NPD.)

Activision and Infinty Ward understand what it means to develop a highest-end game at the same time as they understand how to market it. It’s a combination of these two elements that makes a best-selling game, and they seem to have it down as well as a duo really can, having perfected their art over the past several years.

They’ve created a game in “Ghosts” that’s refreshing. If you’ve never played a Call of Duty game before, you’ll be blown away – it’s over-the-top action the likes of which you’ll have never experienced before. If you’ve played every Call of Duty game before this, you’ll likely be a fairly hardcore fan – in that case, you’ll be pleased with the refinements made here in combination with the relatively unique storyline and gameplay options added. 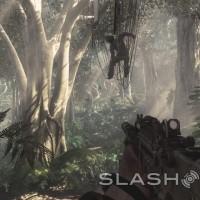 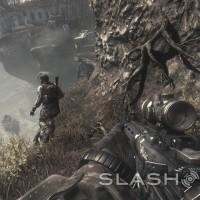 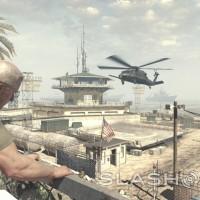 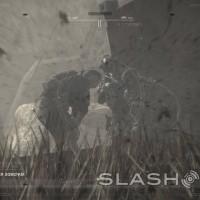 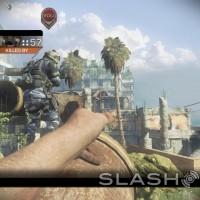 Jumping in on a newly unified Federation of powers in the continent of South America, you’re part of an elite group of warriors known as the Ghosts. You yourself are not one of them at the start, but you’ll find that your story is deeply intertwined with theirs – and that you’ll be traveling along with them anyway, so you may as well suit up. 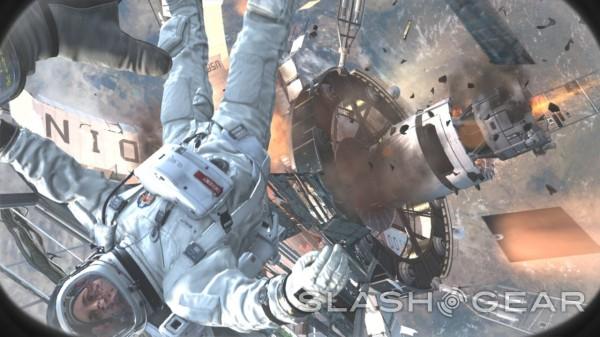 You’ll be experiencing – as noted – surprise after surprise in this title, beginning with bombs dropping in from space, heading up to the spaceship from whens they dropped, and dropping in on a war zone where you alternate between first-person shooting and dropping in with airstrikes from above. 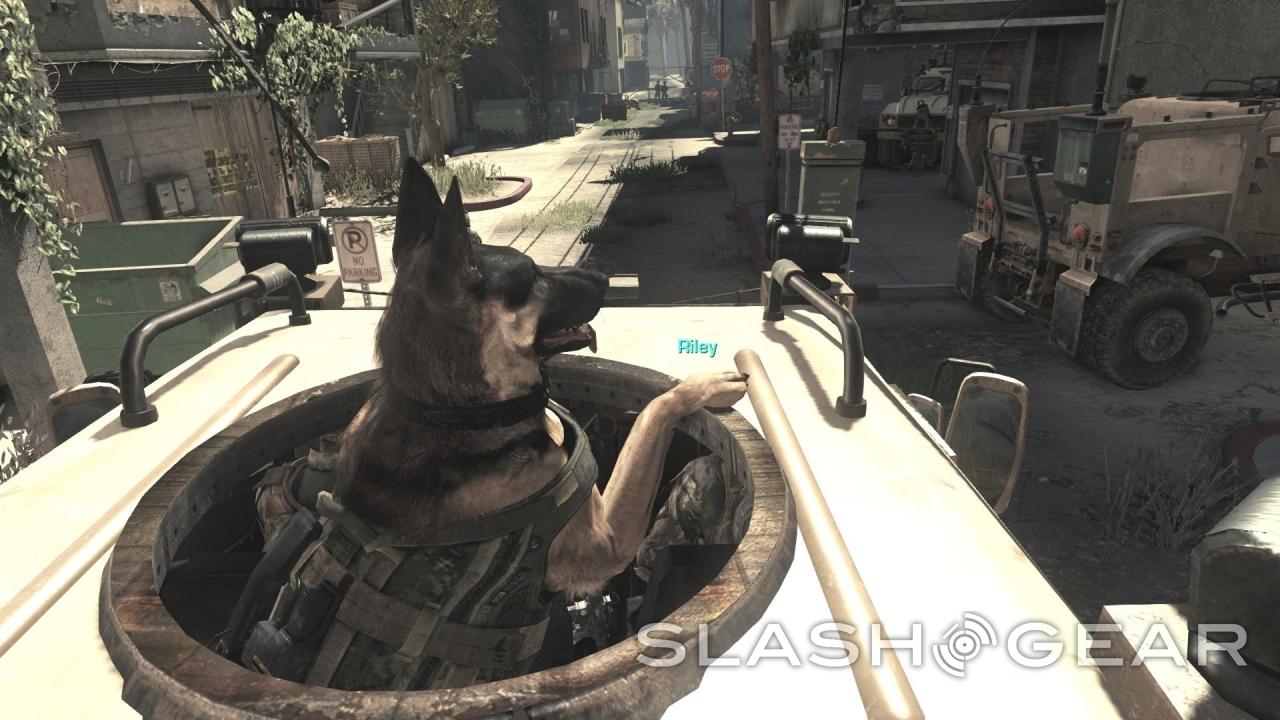 You’ll control a war-ready K-9 known as Riley, taking his perspective through his body-mounted cam as you direct him in advance of yourself for some quick-chomp guard-killing.

Then you hit a city that, since you’re not able to access a rocket-packing truck in time, is flooded with a burst dam. You’ll jump headlong into a helicopter after cutting down enemies as you avoid the water filling the city and drowning you, continuing on then to the top of a massive skyscraper which – if you’ve seen The Dark Knight – you’ll especially enjoy rappelling off of. 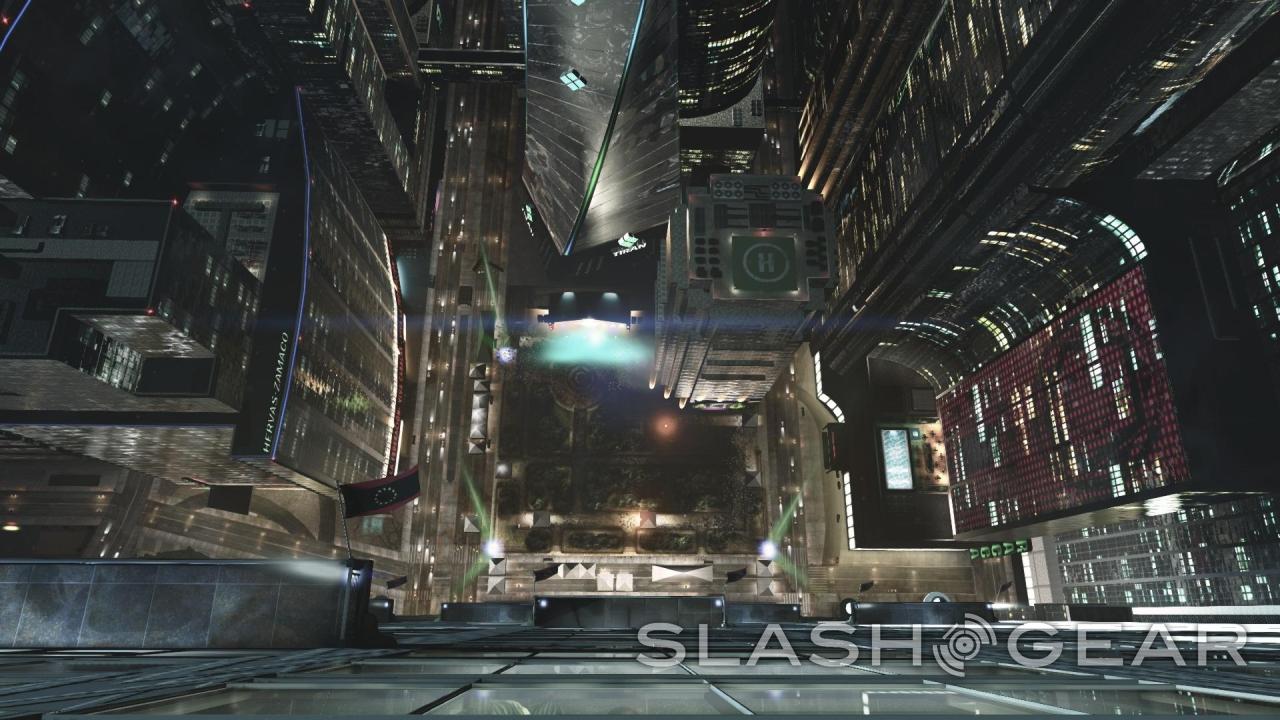 It’s a visually stunning game in every respect. Then you hit multiplayer.

Inside multiplayer you’ll have more gameplay options than you know what to do with. Here you’ll see gameplay types like Cranked – for those of you that like to go in quick and get rewarded right off the bat, Infected – for those of you that love zombie warfare and feeling absolutely horrible when you become part of the pack, and Kill Confirmation – collecting dog-tags for ultimate disgrace.

Then there’s the multiplayer mode called Extinction. This is a mode you only get to see once you’ve completed a portion of the single-player campaign on your own – it’s not available right off the bat. This bit of gameplay will be expanded upon in the first (then next three) DLC packages for the game, letting you gain a greater understanding of what the Ghosts are doing fighting otherworldly beasts here on Earth.

It’s in the multiplayer environment that you’ll really feel like you’re creating your own character and squad, working with customization options that are unprecedented before this release. With 10 unique character bodies to begin with, you’ll also have six loadouts allowing you a cool 60 available “classes” – and a grand total of 20,000 unique combinations of characters, accessories, and weaponry.

Here you’ll also be able to roll with Riley the dog – or a wolf, depending on if you want to toss down a few more bucks for one of the smaller downloadable add-ons this game has released thus far. 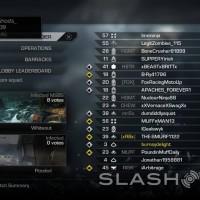 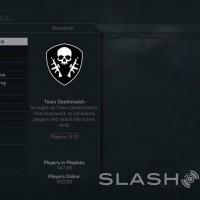 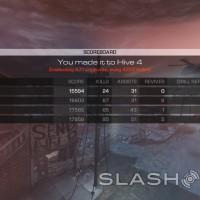 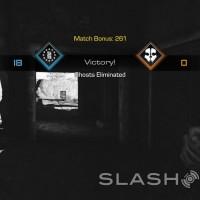 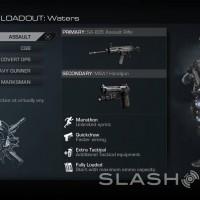 You’ll have plenty of other players to battle with, too – this game is currently one of the most popular games on the next-generation console circuit, and we must estimate it will be for some time. One of the reasons we’ve found to keep playing this game – small as it may seem to some – is the surprisingly constant high-speed connectivity we’ve had.

Activision has made clear here that all platforms are making use of dedicated servers in a hybrid system that also works with peer-to-peer matchmaking. In short, that means you’ll rarely – if ever – have a slow-loading match.

As for how the game works – most importantly in Multiplayer – on the Xbox One vs the PlayStation 4 – you’ll remember from this game’s earliest reports that the Xbox One is running at an up-scaled 720p. Meanwhile the PlayStation 4 works in native 1080p, making the differences noticeable – if you’ve got the two next to one another, that is. 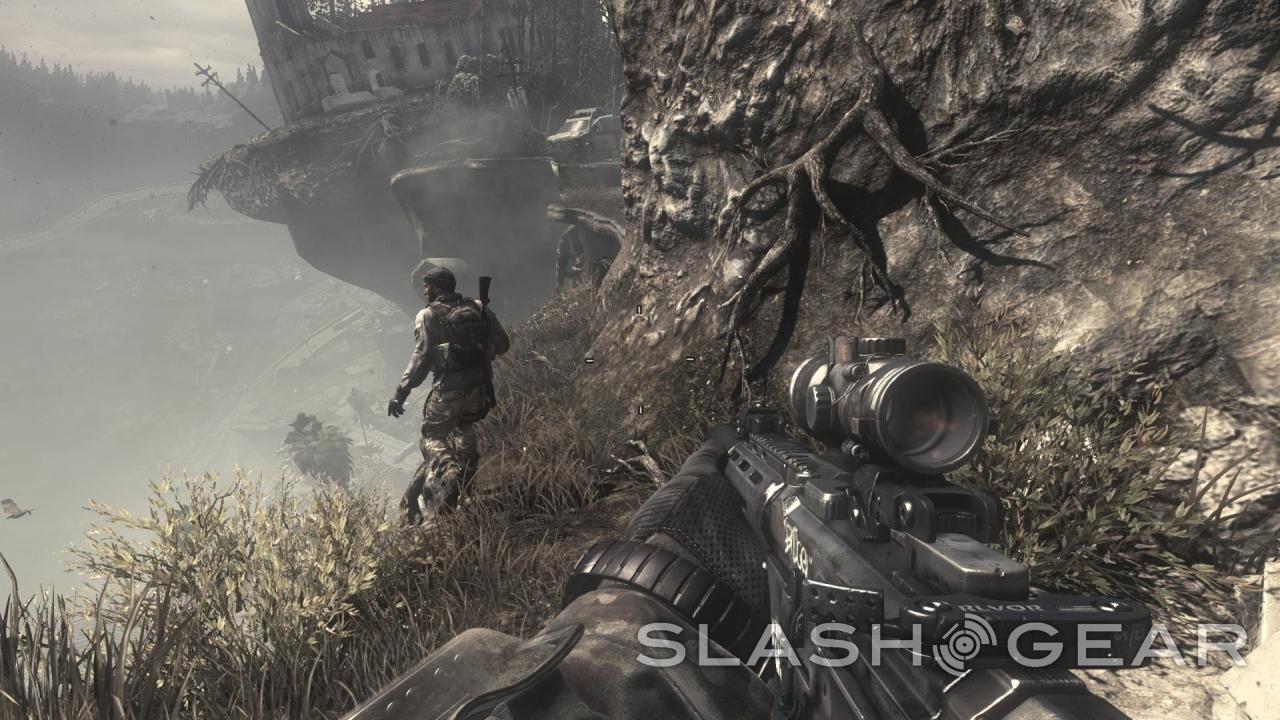 If you’re not the sort of person who has both an Xbox One and a PlayStation 4 with two massive-screened televisions in front of you, we’re still not entirely convinced that one has a majorly significant advantage over the other due to this resolution difference.

In the end, Call of Duty: Ghosts is the finest addition to the series yet. True to the goal of any developer in a series of games, each title appears to out-do the previous entry, and this is no exception to the rule.

Call of Duty: Ghosts will only get better with the additions of DLC – supposing you don’t mind paying for them – and odd add-ons like the holiday-themed gun-covers released at the turn of this year. In a perfect example of a launch title that somehow seems to take best-advantage of the console right out of the box, Call of Duty: Ghosts is one of the finest titles out today. 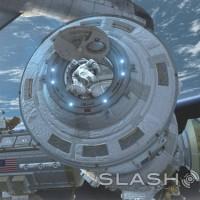 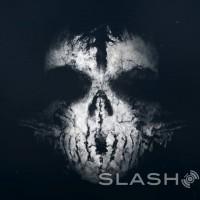 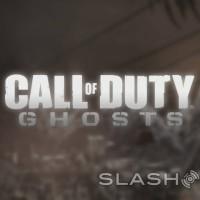 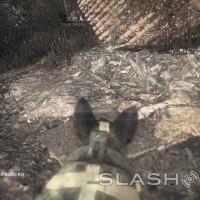 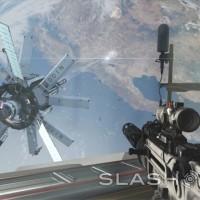 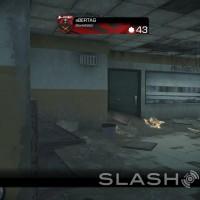 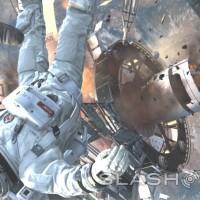 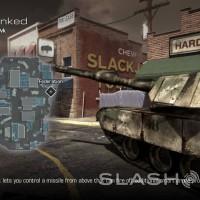 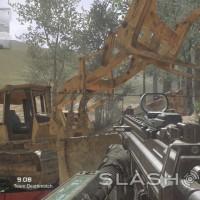 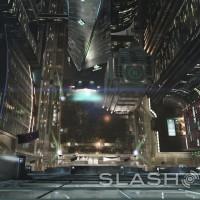 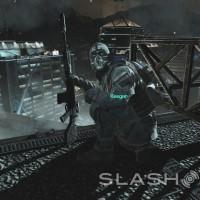 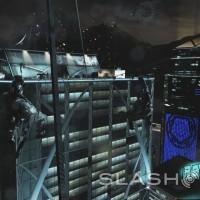 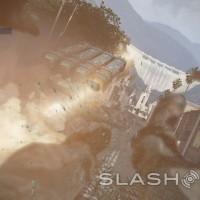