What did I just see? That’s what you’re likely thinking if you’ve already seen the first full trailer for Call of Duty: Advanced Warfare. This trailer appears to be letting the world know that Call of Duty is about to get a major revamp, reacting to the ever-changing environment of First Person Shooters. It’s not like Call of Duty has any direct competition – but it’s night time for a change anyway.

If you’ll have a peek at our Titanfall Review, you’ll notice how important the game was to the FPS genre. Activision knows this. They know that they cannot continue to push Call of Duty games without at least a few “major” changes to gameplay – additions, if you will. Not even major changes to gameplay, but additions to the arsenal of the gamer.

Above you’re seeing the first full trailer for Call of Duty: Advanced Warfare. Below we’re going through several of the new gear introduced in the game. 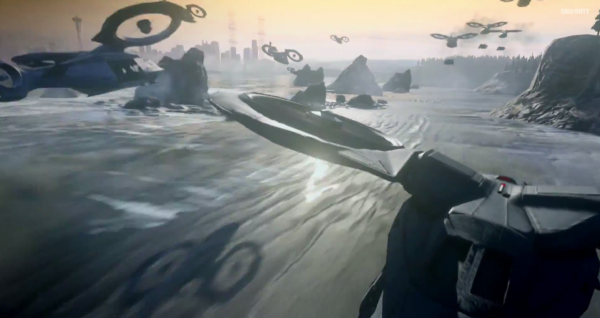 Drones – very timely. You’ll see drones in several other games in the recent past, but here it’s quite apparent they’ll be playing a central role in your battle. You’ll have to be looking UP more often, that’s for certain. 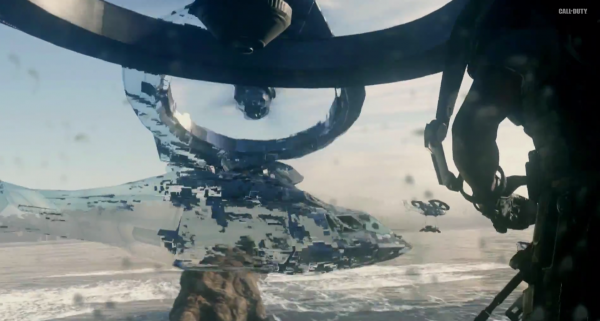 Cloaking – not just of soldiers, but of entire vehicles as well. This should throw a wrench in the already crazy world of actually using your eyes, rather than a sensor map, to locate the enemy. Harry Potter will have a field day. 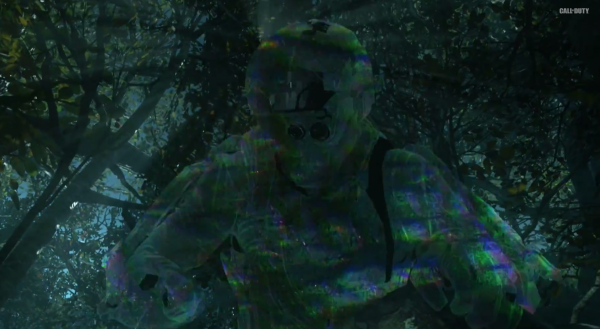 Above you’re seeing a soldier being cloaked. We’ll go ahead and safely assume it’ll be like Predator – where you can’t see them, but you also can, at the same time. Mirroring, but not entirely invisible. 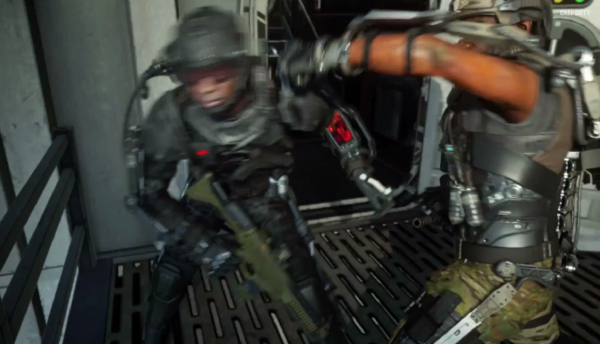 Super-Suits and Melee (non-knife) fights – without a doubt inspired by the 2013 film Elysium, you’ll see this Matt Damon-esque bit of body-enhancement more than once in the trailer above. We must assume this means we’ll be fighting without weapons more often in the game as well. 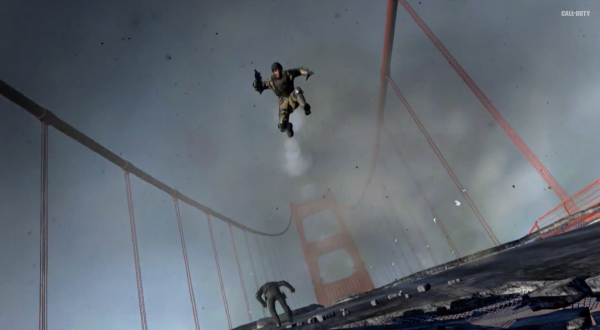 Double-jump – another part of the super-suit story. Here you’ll even see smoke coming from the back of the pilot- I mean soldier. Again this means you’ll have to be looking UP a lot more often 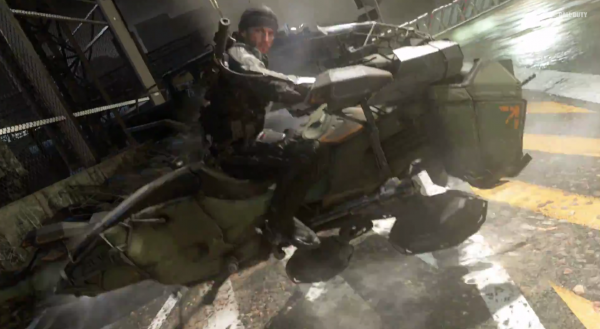 Hoverbikes – not all that different from a Speeder Bike from Star Wars, it seems. More like a Swoop. Hopefully we’ll be seeing some racing side-games as well. 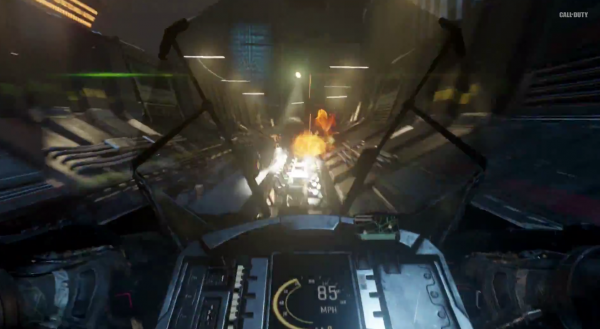 Above you’re also seeing the hover-bike from your driver’s perspective. This continues to be a first-person perspective, the whole way through. 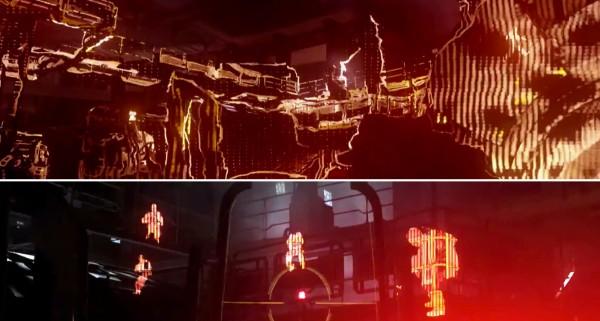 Grenade-vision – sonar, more like it. You’ll toss one of these sonar-grenades up and out and BOOM – you’ll have a readout of the entire area in front of you. That should help locate those pesky cloaked opponents. 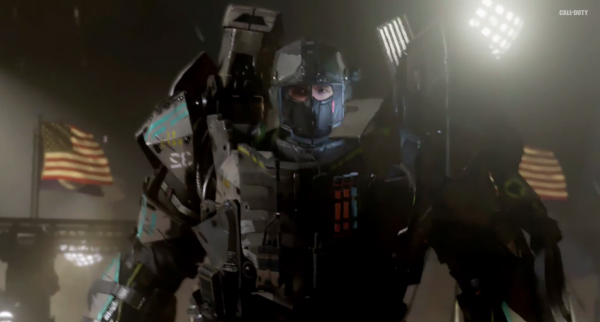 Almost-mech-suits – just like Iron Man, only not. You’ll find yourself not only getting suited up like Matt Damon, you’ll be a full-fledged Tony Stark, as well. Make sure you’ve got extra-wide shoulders while you’re at it. 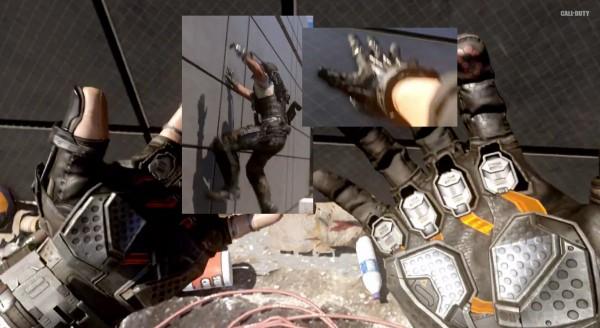 Spider-grip – you’ll be crawling the walls. While it’s not exactly wall-running, you’ll be able to grip the walls and pull yourself up. Provided you have the right gear, that is. 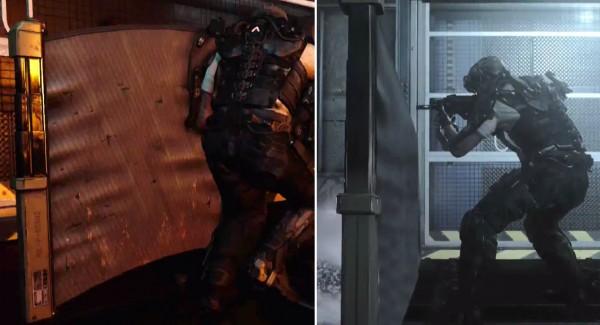 Insta-barriers – made by the solider. If you need a big ol’ rock to set up shop behind, you’ll no longer have to run out and find it. Here you can pull a big extendable sheet of metal out of your backpack and run it across the hallway. Easy peasy. 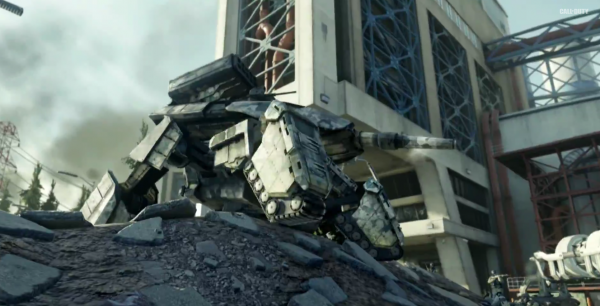 Robo-tanks – with the ability to “get up.” You’ll find there’s more than enough mech to go around in this release, with even your average, everyday tank rocking the ability to get up in your face even when you’re in the second floor of a building.

This seem “Advanced” enough for you? This game will be appearing in full on November 4th, 2014, ready for action for (at least) the Xbox One, PlayStation 4, and PC. We’ll be seeing about getting you some early looks – as many as possible – between now and then!