There’s an event happening in California of which you should be aware. The power is out for over 500,000 people on the west coast of the USA because of a threat of wildfire. The power is not out – this was voluntary. The company Pacific Gas and Electric Co. (PG&E) initiated a Public Safety Power Shutoff that’s now in effect – and will be spreading over the next few days. 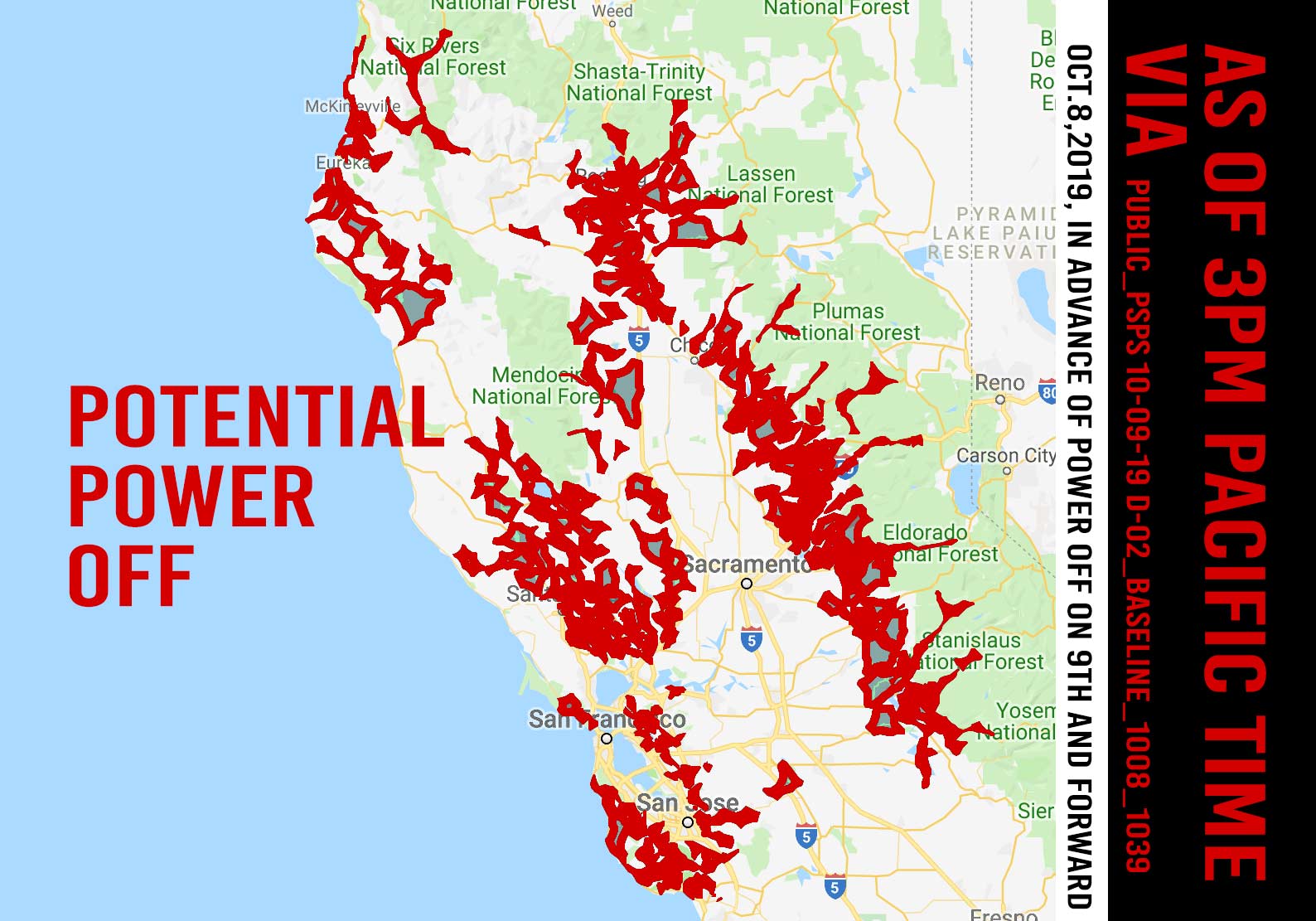 Starting earlier today, PG&E started shutting down power for hundreds of thousands of customers across California. This seems to be affecting mainly Northern California for the time being. While we could link you to the PG&E event update page, it’s not been particularly helpful (or updated) since these events started earlier today). The first wave of shutoffs included the following counties:

The second wave of shutoffs was delayed as of 1:20 PM Pacific Time, October 9, 2019. This second wave includes Almeda, Alpine, Contra Costa, Mariposa, San Joaquin, San Mateo, Santa Clara, Santa Cruz, Stanislaus, and Tuolumne counties. This power shutdown could last hours or it could last days. The last update to PGE.com suggests that their estimated restoration date is still “to be announced”.

This power outage affects homes and businesses of all sorts – and internet providers, too. Some users in these affected areas have been able to use the internet after the apparent power shutdown time, but it’s all a bit dodgy at the moment.

If you’ve got a friend in the area and you’re unable to contact that person, this does not necessarily mean that they’re in danger. ALSO NOTE: Lack of communication from contacts in California right now doesn’t necessarily mean that your buddy is purposefully giving you the cold shoulder – they might just have no access to data (or indeed a phone with a charged battery).

We’ll be keeping you up to date on events in the area with specific emphasis on the areas return to power. If you’re somehow able to read this article and you live in one of the areas mentioned above – stay safe!