Your first (and second, and probably third) impression after driving the 2016 Cadillac CTS-V is likely to be “wow, that’s fast,” but the 640HP car showcases another type of speed. Caddy’s oft-maligned CUE infotainment has also been supercharged, with the new 8-inch touchscreen system addressing complaints around speed as well as paving the way for platforms like CarPlay and Android Auto. Question is, has Cadillac done enough?

At the heart of the upgrade is a new processor, a considerable upgrade over the previous version of CUE which launched in the 2013 Cadillac XTS all the way back in 2012.

Altogether, Cadillac tells me, the 2016 system should deliver 3x the CPU performance and 4x the GPU performance, affecting not only the experience while driving but how soon CUE is ready after you hit the starter button. 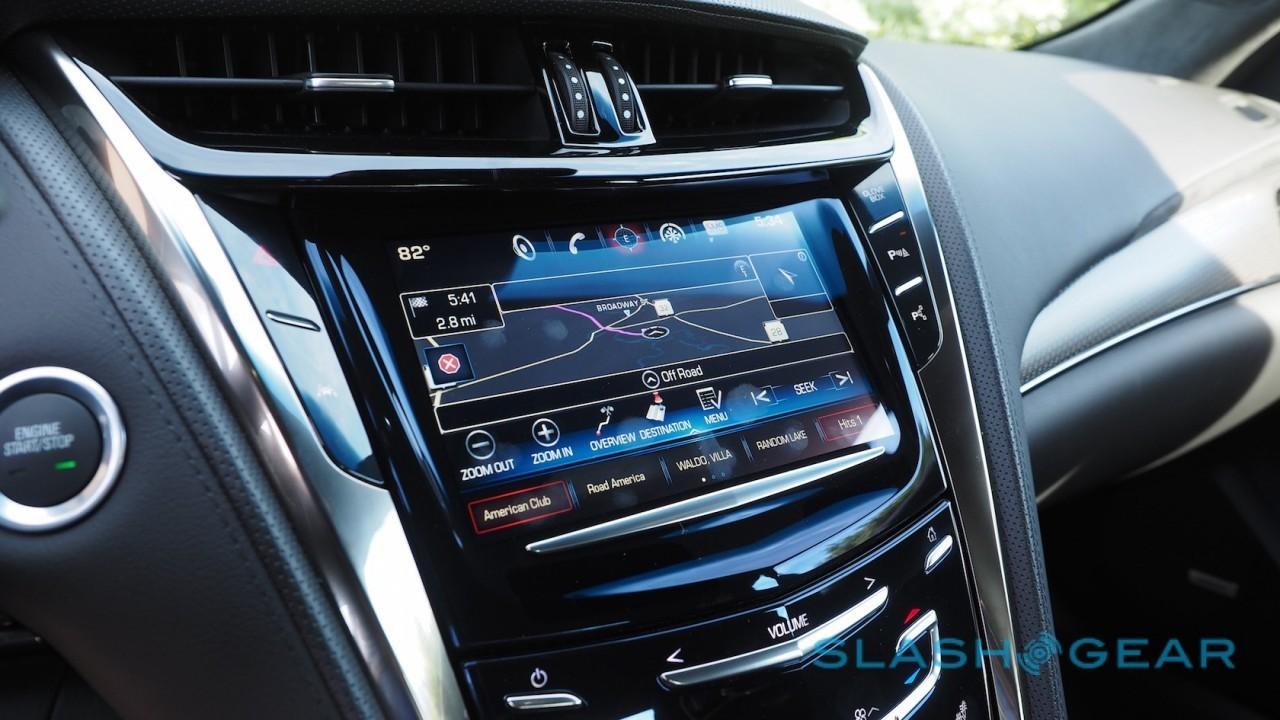 Faster is only half of the battle, however. The new chip is paired with various software improvements, for the most part making the interface less complicated. In the navigation section, for instance, the maps have been simplified and our previous complaints about how tricky it was to cancel a route or even just temporarily mute the speech instructions have been addressed with more straightforward controls.

Entering an address is easier, we found, and shortcuts to favorite or recent locations run conveniently across the bottom of the display.

It’s not been an entirely clean sweep, though; CUE still suffers from a tendency toward UI overlap, particularly when you move your hand toward the touchscreen and the motion sensor triggers the unfurling of the function bars. Scrolling around the map and pinch-zooming can still suffer some lag as the mapping data catches up to your finger.

That’s a shame, as otherwise touch response has been improved: in our testing, there were fewer of those “did I press the button?” moments. A couple of physical knobs and buttons for the basics like volume would go a long way to help everyday usability, though, too. 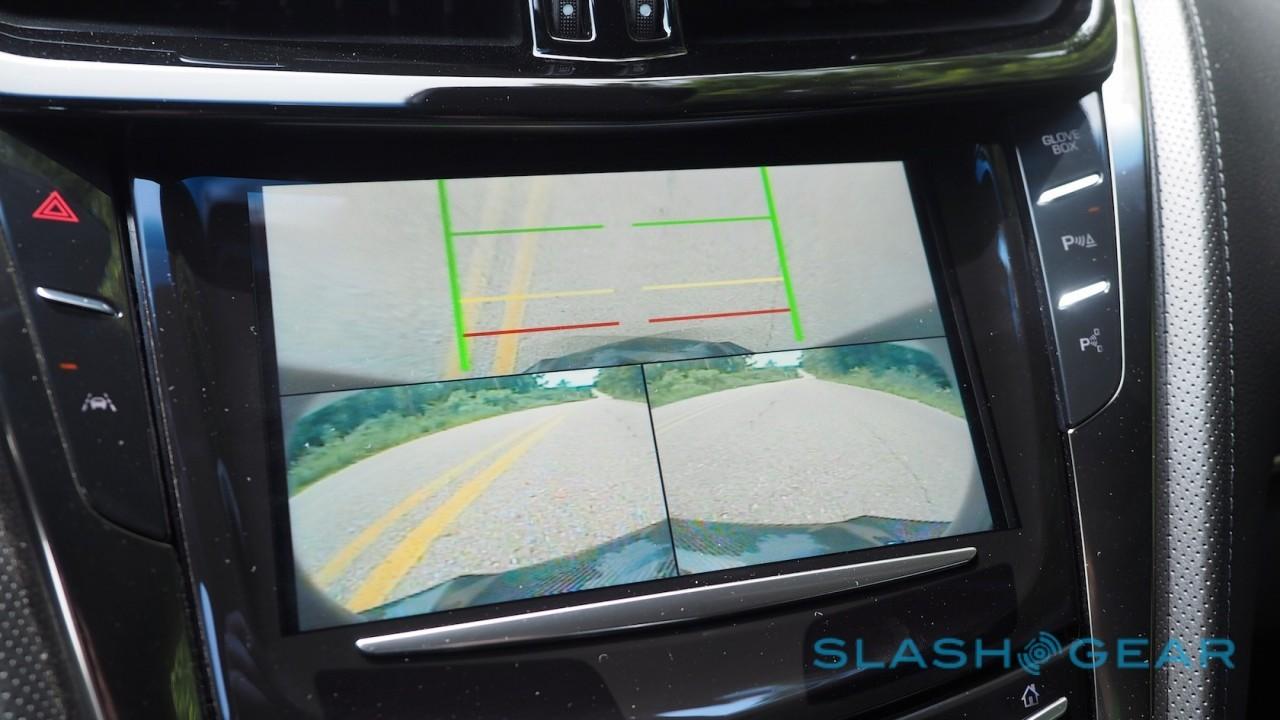 Meanwhile, larger cars – like the Escalade, CTS, and XTS – will get Surround Vision, which will show a 360-degree view around for easier parking. The CTS-V even has dedicated cameras pointing at its extremities, so that you don’t inadvertently curb your $5.5k carbon fiber package.

Then there’s Apple’s CarPlay, included “out of the box” with the 2016 CUE system. As we found on the CTS-V, that’ll coexist with the native CUE navigation, the voice prompts piping up from behind the scenes even if your projected iPhone interface is monopolizing the touchscreen.

Later in the year, Cadillac tells us, Android Auto will be added. Existing 2016 model year cars will support an upgrade when that happens, too.

The contribution of the new hardware, however, means existing Cadillac owners won’t be getting the same upgrade for their cars.

If you want to get your hands on the 2016 CUE, you don’t need to cough up $84k+ for the CTS-V, however. It’ll be available across all 2016 Cadillac models – aside from the SRX, since that’s getting replaced altogether early in the new year – with sales kicking off this summer.