Cadillac has confirmed two “ultra-performance” versions of its new sports sedans, with the CT4-V Blackwing and CT5-V Blackwing offering not only special engines but the option of a manual transmission, too. The Blackwing-badged cars will be the feistiest versions of the current CT4 and CT5, which at the moment top out at 2020 CT4-V and CT5-V models in Caddy’s V-Series sub-brand.

That sub-brand has been growing over the years. Cadillac started out offering a few, exclusive tuned versions of its cars for performance-minded drivers, including the positively excessive CTS-V luxury sedan. That grabbed the 6.2-liter supercharged V8 engine – with 640 horsepower – from the Corvette.

Over time, though, Cadillac also began to use the V-Series badging for sportier, but more attainable versions of its cars. That’s much the case with the CT4-V and CT5-V, which get features like Magnetic Ride Control 4.0 and a tuned engine, though not the outlandish power of the discontinued CTS-V. Now, though, Blackwing is coming to raise the stakes. 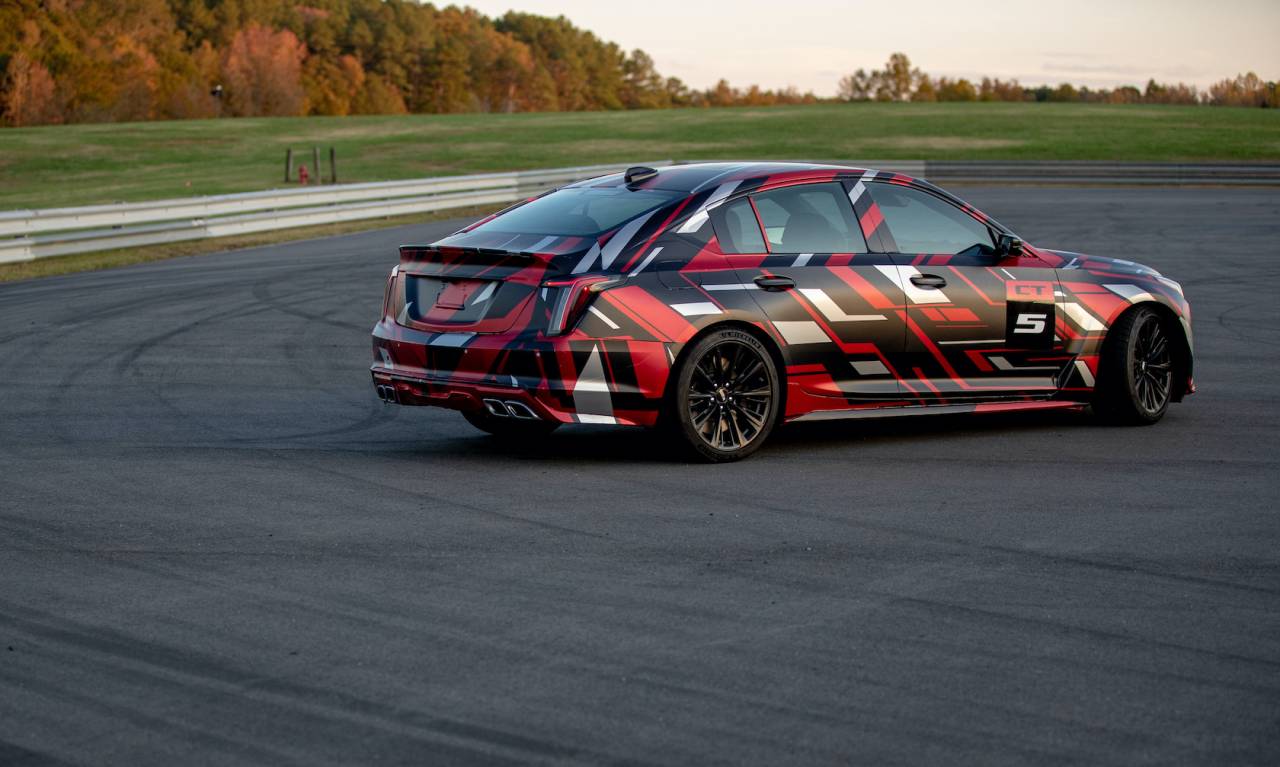 Exact specifications for the two new cars haven’t been shared, but Cadillac’s early details are still enough to get us intrigued. The V-Series Blackwing models will have a special tuned chassis, the automaker says, along with tuned vehicle control technologies and engines. They’ll also be offered with manual transmissions, something increasingly rare in the sports sedan segment.

While power figures aren’t public yet, Cadillac is indicating that the two Blackwing-badged cars will be faster than their spiritual predecessors. “The CT4-V Blackwing and CT5-V Blackwing have been undergoing testing that includes sessions at tracks and road courses around the country,” the automaker says. “Earlier this year, at Virginia International Raceway, each car set lap times seconds faster than the legendary ATS-V and CTS-V.”

It’s not only the manual transmission that sets these cars apart. Cadillac’s unwillingness to give up on the sedan segment makes it an outlier of sorts in the industry, which has generally accepted – and shifted toward – a greater interest in SUVs and crossovers. That’s not necessarily given it blockbuster sales, though execs at the company insist that there’s still a healthy market for sedans in the US, even if they’re no longer the dominant category.

Exactly how many people fall into the center spot in a Venn diagram of potential Cadillac buyers, wanting a sedan, and needing it to be track-capable, remains to be seen. Cadillac says the V-Series Blackwing models will have limited availability, adding an air of exclusivity on top of their special specifications. We’ll know more soon, Caddy promises.