A new study shows that butterfly populations do not thrive in warm, arid environments when climate change is quick. Using records from the last big heat wave in the UK, scientists predict extinction for butterflies in the near future. Climatic extremes are what matter here. Using the UK Butterfly Monitoring Scheme (UKBMS), researchers have assessed 28 species decline in an extreme drought event in the year 1995. If heat should rise this way again, many butterflies won’t be long for this world.

This study, lead by researcher Tom H Oliver, suggests that climate change is “expected to increase the frequency of some climatic extremes.” Because of this, “drastic impacts on biodiversity” may occur. Animals and plants may very well die, and never come back again.

If some meteorological thresholds are crossed, says this study, population collapses may occur. “Should this occur repeatedly, populations may be unable to recover, resulting in local extinctions.”

It’s somewhat of a rarity that such comprehensive data was kept on the populations of butterflies in the UK during such an important period of time. In this case, 129 sites where butterflies lived were monitored throughout the drought season in the year 1995.

Using models which represent “business as usual” emissions – pollution, global warming, and the like, scientists predict that “widespread drought-sensitive butterfly population extinctions could occur as early as 2050.”

So head to your local butterfly house now, you haven’t got one whole heck of a lot of time left. 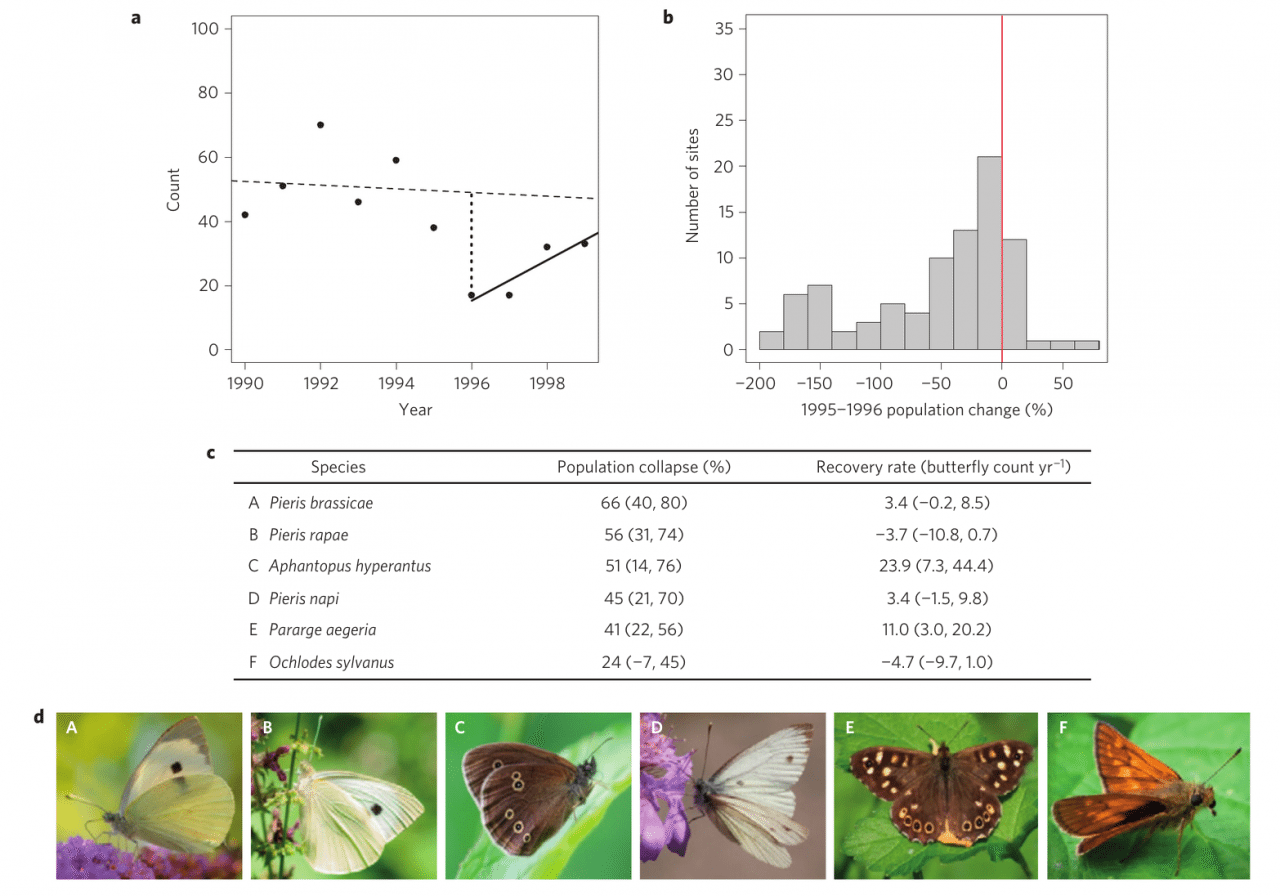 Above: a, Example response of a single population of Pararge aegeria showing the degree of population collapse (vertical dotted line) and recovery rate (solid line) from the 1995 drought event. b, Identification of this species as ‘drought-sensitive’ from its decline across a significant proportion of sites. c, Median population collapse and recovery rate for each of the species shown in d, with the interquartile range for both in parentheses.