Bugatti Centodieci is limited to ten units, and Cristiano Ronaldo has one

It seems the rumors aren’t true, after all. Last year, the automotive press speculated that footballer Cristiano Ronaldo was the mystery buyer of Bugatti’s $18.7-million La Voiture Noire. As it turns out, Ronaldo filled the order books for the Centodieci, instead. And you know what, he made the right choice. And we’ll tell you why.

However, don’t think for a moment we’re hating on La Voiture Noire. We’re still interested in finding out who’s loaded enough to spend $18.7-million on a single car, but ‘The Black Car’ is a Chiron in touring spec – although it does have the vintage appeal of Bugatti’s ultra-rare Type 57 SC Atlantic of the 1930s. It’s still bloody fast, no doubt. But the Centodieci is a different type of animal.

Limited to only ten units with a mind-boggling $9-million price tag, the Bugatti Centodieci has the most powerful iteration of the Chiron’s mammoth W16 powerplant. This gives it the bragging rights of being the most powerful Bugatti supercar ever made – even more powerful than Bugatti’s record-breaking Chiron Super Sport 300 mph+. And you know what, we’re certain Ronaldo knows this, and that’s why the footballer didn’t waste time in placing an order. 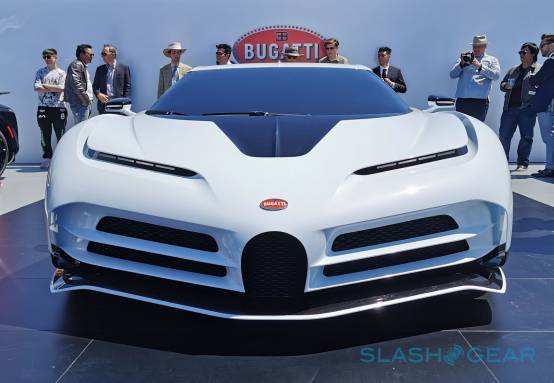 Whereas La Voiture Noire has a 1,500-horsepower W16 engine, Centodieci’s 8.0-liter quad-turbocharged mill is pumping out 1,600-horsepower at 7,000 rpm. This is good enough to smash 60 mph in 2.4-seconds; 124 mph in 6.0-seconds; and 186 mph in 13.1-seconds. The top speed is electronically-limited to 236 mph – not exactly brilliant since a regular Chiron tops out at 261 mph. But it’s reasonable given the Centodieci is meant to break lap records rather than top speed numbers.

The Bugatti Centodieci and La Voiture Noire also share the same design language by omitting Bugatti’s iconic C-line in the B-pillar. Instead, the Centodieci has five round air inserts positioned in the form of a diamond. If this design idiom looks familiar, it’s because Centodieci pays homage to the Bugatti EB110 supercar, and this is more evident as you gaze your eyes to the front of the car.

It has a smaller horseshoe-shaped grille, which is mounted low to the ground along with three-section air intakes and a deep-seated front spoiler – a direct nod to the EB110. The Centodieci also has the slimmest headlights fitted in a modern Bugatti, which gives the car a fiendish stare. 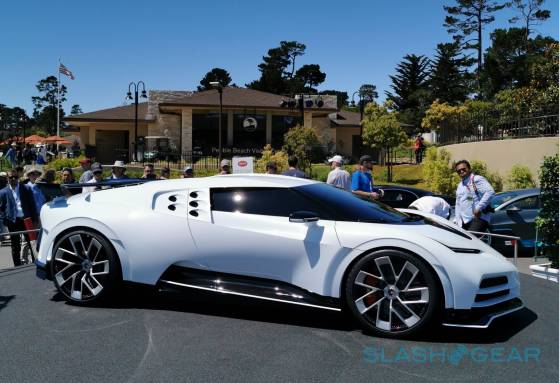 In our eyes, the Centodieci is nothing short of magnificent, but that’s how it is with all other limited-edition Bugattis. But the track-ready performance aspect is most impressive given the Chiron is not exactly bred for the racetrack. For starters, Centodieci is 44 pounds lighter than a regular Chiron, made possible by the extensive utilization of carbon-fiber. Even the windshield wiper and slim filigree mirrors are crafted from carbon-fiber to save weight.

More than just a lighter Chiron, Centodieci can also stick to the ground like chewed bubblegum. Equipped with a massive rear diffuser and permanent rear wing, the Centodieci produces over 198 pounds of downforce. If you need more (or less, depending on track conditions), you can manually adjust the rear wing to deliver the perfect angle of inclination. 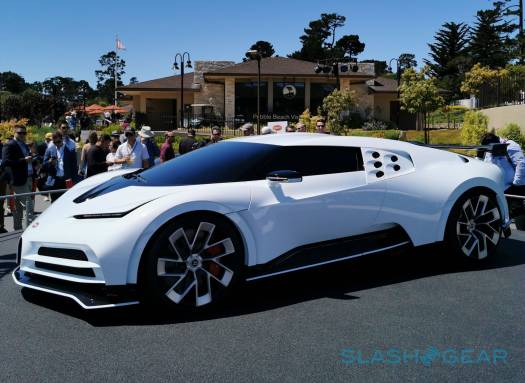 The Centodieci won’t be Christiano Ronaldo’s first Bugatti. He’s also the proud owner of a Veyron and Chiron (among many other mouthwatering supercars), but the Centodieci is his first Bugatti since moving to Italy while playing for Juventus.

The football star is currently undergoing quarantine in his hometown of Portugal with his family, and he recently donated millions of facemasks to the medical front liners and citizens of Portugal to curb the spread of COVID-19. It seems Cristiano Ronaldo is not only a marvelously talented footballer with a discerning taste for fine automobiles – but he also has a big heart.