Bugatti released a series of images depicting its entire supercar lineup. In true Bugatti fashion, all six models are parked in front of the carmaker’s Chateau St. Jean headquarters in Molsheim, France. With a combined cost of over $38-million, this is perhaps the most expensive lineup of series-production automobiles in the modern era.

And since a large majority of the entire planet is in some form of quarantine (to curb the spread of coronavirus a.k.a COVID-19), we spent a considerable amount of time ogling at the finest supercars Bugatti has to offer. From left to right, here’s a closer look at each member of the ultimate dream garage. 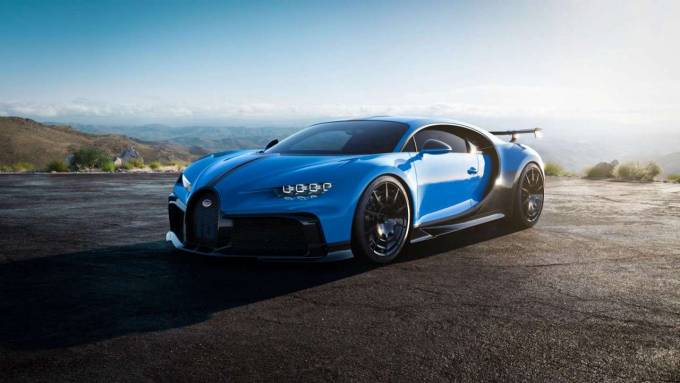 Pur Sport is the newest member of the Chiron family. With a larger grille, air intakes, and a massive fixed rear wing, it’s easy to see Pur Sport is also the most athletic of the bunch. Chiron Pur Sport is built for the racetrack. It weighs 110 lbs. lighter than a regular Chiron and has stiffer springs, retuned dampers, and minus 2.5-degrees of camber to improve cornering agility.

The Chiron Pur Sport is equipped with Bugatti’s gargantuan 8.0-liter W16 motor pumping out 1,500-horsepower and 1,180 lb-ft of torque. Bugatti is only making 60 examples of Chiron Pur Sport. If you’re interested and you have $3.35-million to spend on a new car, give Bugatti a ring. Immediately. 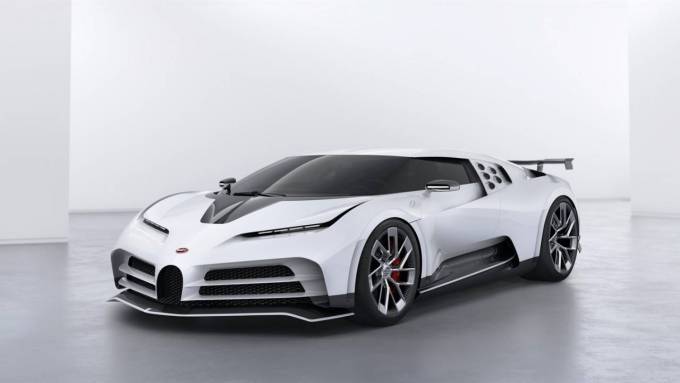 Centodieci is what a Chiron would like if it had the DNA of Bugatti’s EB110 supercar. It’s also the most powerful Chiron that Bugatti has ever made and is even more powerful than Chiron Super Sport 300+. Clearly inspired by the wedge-shaped design idiom of the EB110, the Centodieci is a tribute car like no other. 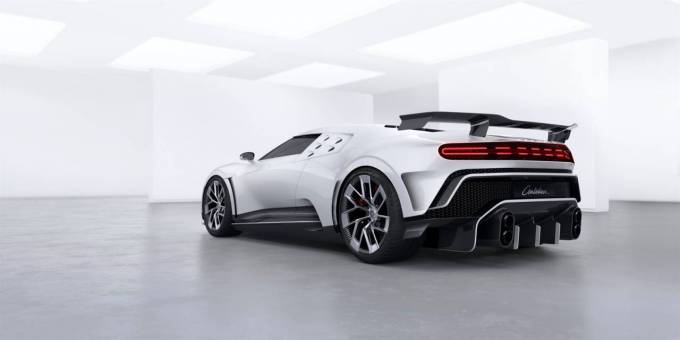 It’s easy to mistake Centodieci as a concept car, but it’s as real as it gets. Bugatti is only making ten examples of Centodieci at $9-million each. If exclusivity is your thing, it doesn’t get better than Centodieci. 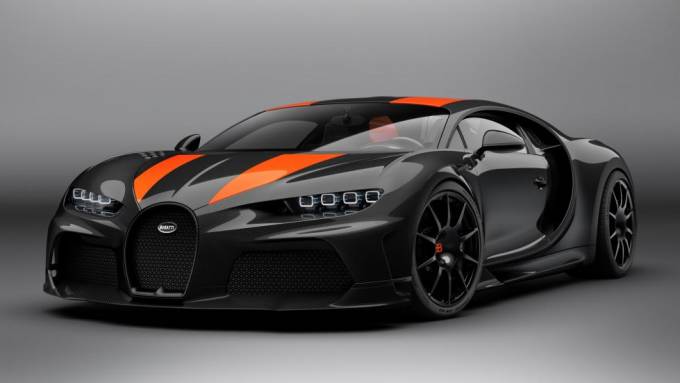 In case you haven’t heard, the Chiron Super Sport 300+ is a speed freak. It’s the same car that broke the world speed record in the summer of 2019 and is the first production car to break 300 mph. In fact, it reached an average top speed of 304.7 mph at VW’s Ehra-Lehssien high-speed test track.

The Chiron Super Sport 300+ is designed to slipperier than a fish, so Bugatti gave it a longtail design by deleting the active rear wing. It still has a W16 motor producing around 1,600-horsepower. Bugatti has sold 30 units of Chiron Super Sport 300+ at $3.8-million each, which is a small price to pay for the world’s fastest series-production car. 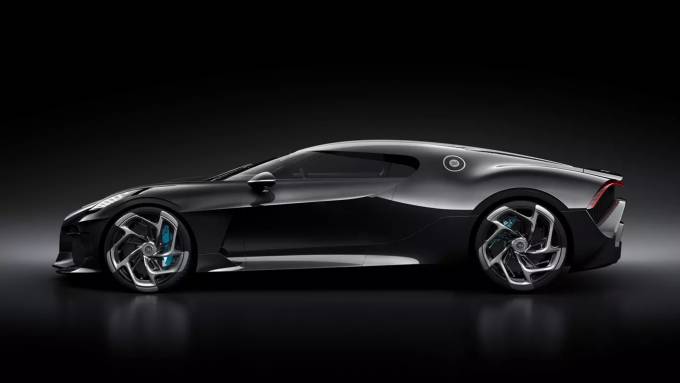 If Chiron Super Sport 300+ is the fastest, La Voiture Noire considered the most expensive and exclusive. Bugatti created the one-off La Voiture Noire (The Black Car) for one lucky Bugatti enthusiast, of which the identity is shrouded in secrecy up to this day. 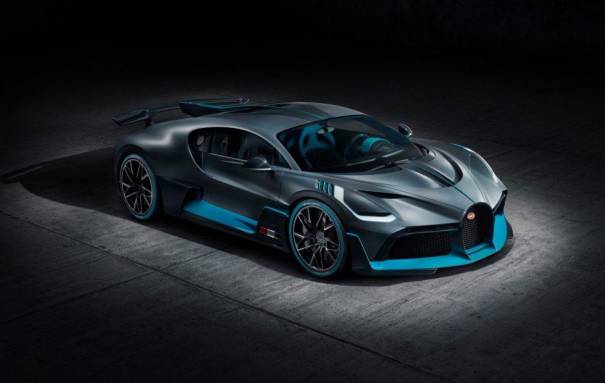 Bugatti Divo is a more agile and sporty interpretation of the Chiron. It’s also a limited-edition model with only 40 units destined for production. Divo is the most dynamic and agile car Bugatti has ever created. It’s also the perfect car to celebrate Bugatti’s 110th anniversary. 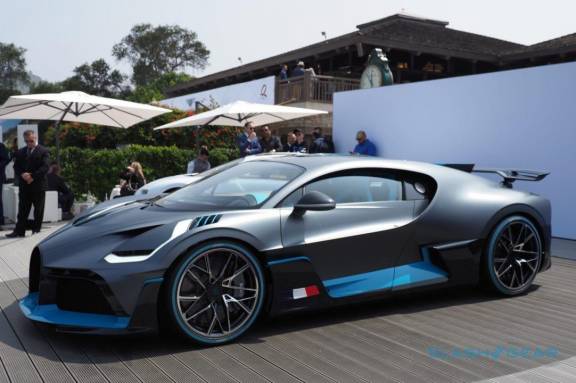 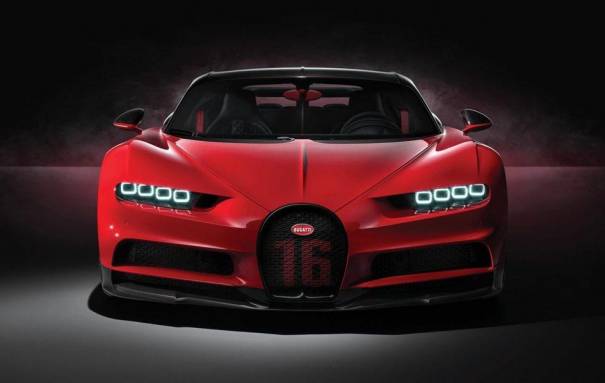 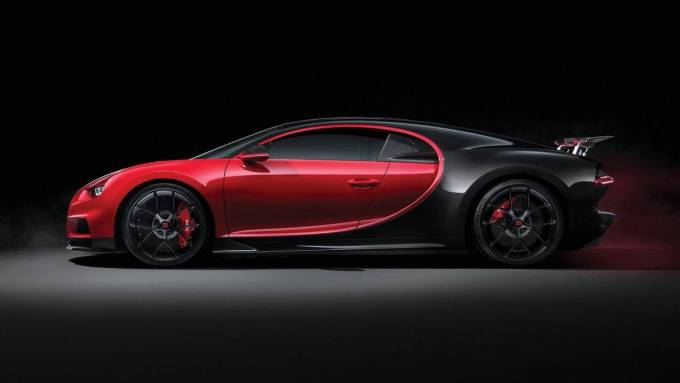 The Chiron Sport makes good use of Bugatti’s 8.0-liter quad-turbocharged W16 engine producing 1,500-horsepower and 1,180 lb-ft of torque. The Chiron Sport is also the most affordable Bugatti at $2.8-million.