Bugatti Bolide is a technological masterpiece of lightweight 3D-printed components

You probably heard of the Bugatti Bolide, the French brand’s lightest, fastest, and most aggressive hypercar to date. As with all things Bugatti, the Bolide is all about the numbers. It still has a gloriously powerful 8.0-liter quad-turbocharged W16 engine like the Chiron. But the secret behind Bolide’s propensity for extreme speed has something to do with weight – or the lack of it. 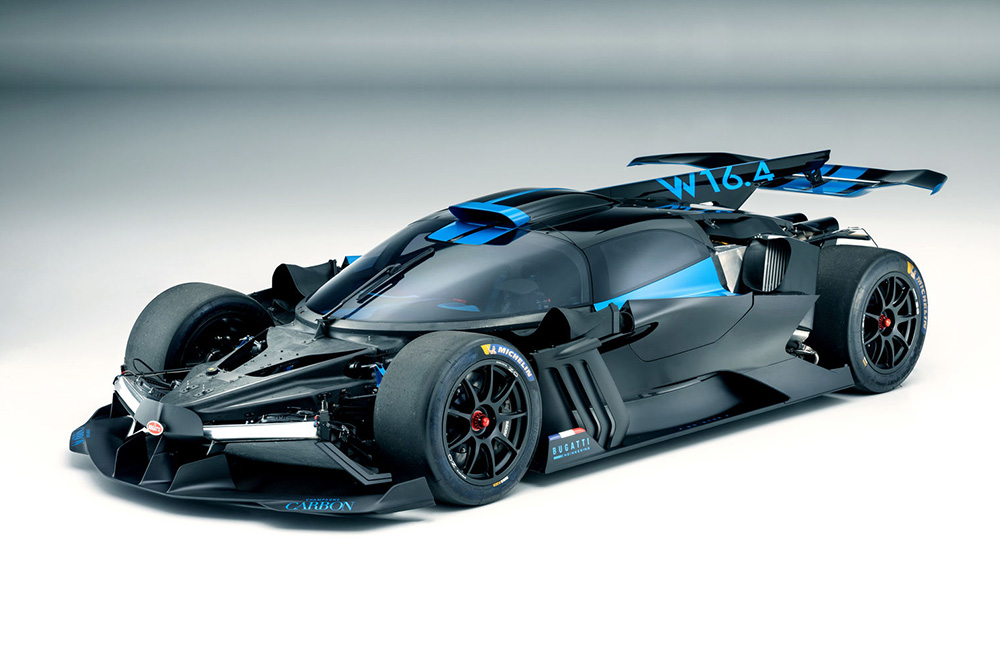 How did Bugatti do it? The carmaker has a knack for metal 3D printing, and the Bolide is an example of what’s possible using the latest innovations in 3D-printing technology. “As an experimental vehicle in the form of a racing car, the Bolide is no show car; it is an uncompromisingly road-ready extract of Bugatti’s complete technological expertise,” said Frank Götzke, Head of New Technologies at Bugatti. “Bugatti enthusiasts will also find these cutting-edge technologies in other vehicles in the future.” 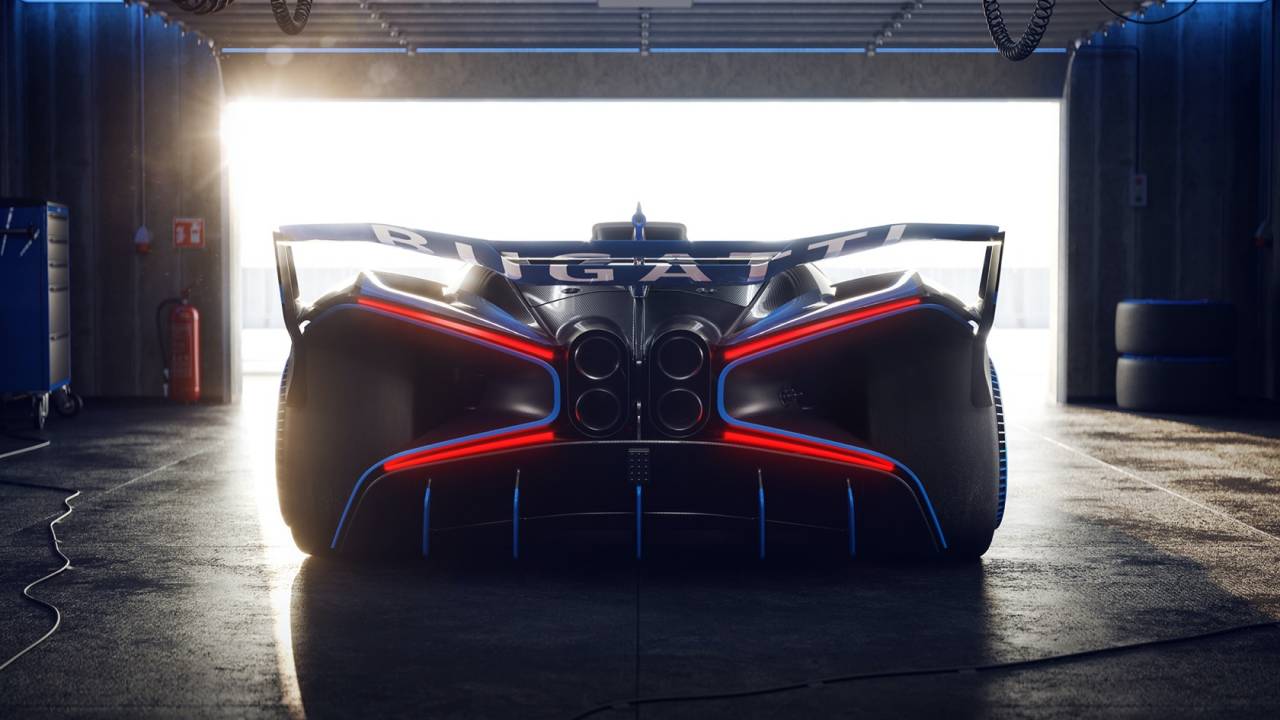 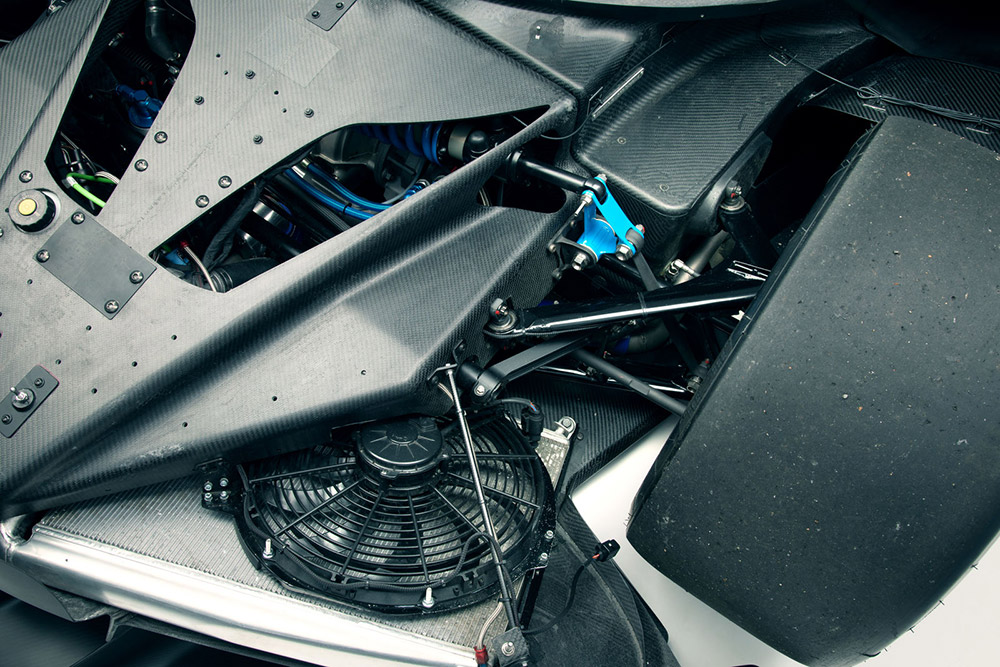 The Bolide’s newly-developed 3D-printed pushrods have a hollow titanium structure to reduce weight, but it can handle up to 3.5 tons of force despite weighing a measly 100 grams. The same holds true for the Bolide’s innovative wheel-mounted radial compressors to cool the brakes while reducing lift at higher speeds. The fans are made with a 3D-printed titanium central bowl with a thickness of 0.48 millimeters, while the carbon plate with its small 0.7 millimeter inner blades and 0.48-millimeter cross-pieces only weighs 100 grams. 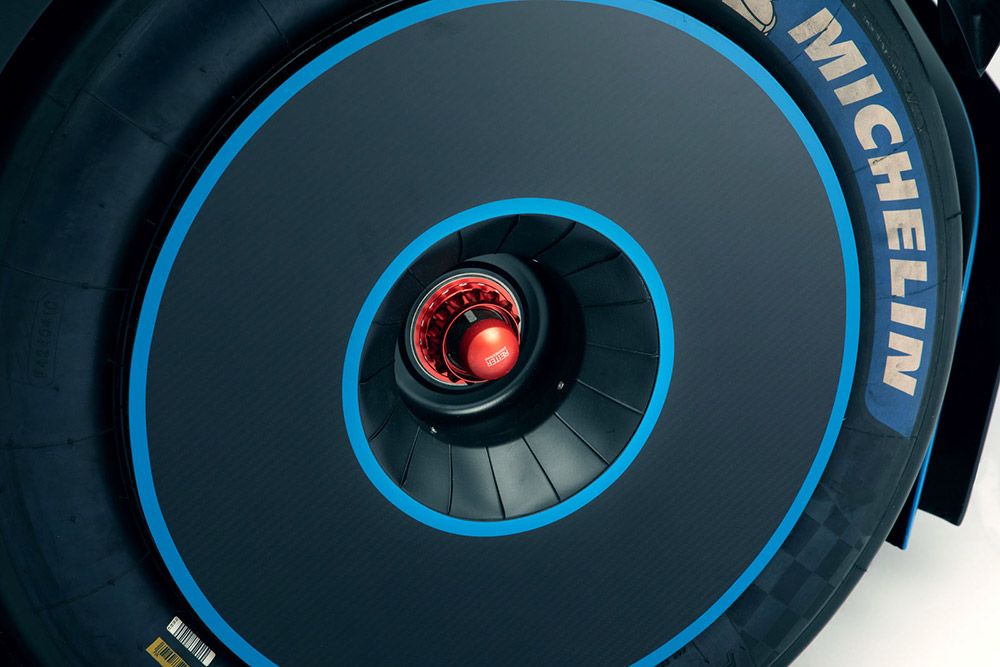 Meanwhile, the mounting bracket for the front wing is 3D-printed from titanium. It has a hollow interior and a wall thickness of 0.7 millimeters, resulting in a frame that weighs 600 grams while remaining sturdy enough to handle up to 800 kilograms of aerodynamic force. Elsewhere, the Bolide’s giant rear wing is held in place by a 3D-printed titanium component that only weighs 325 grams despite being strong enough to handle up to 1.8 tons of downforce at 200 mph. 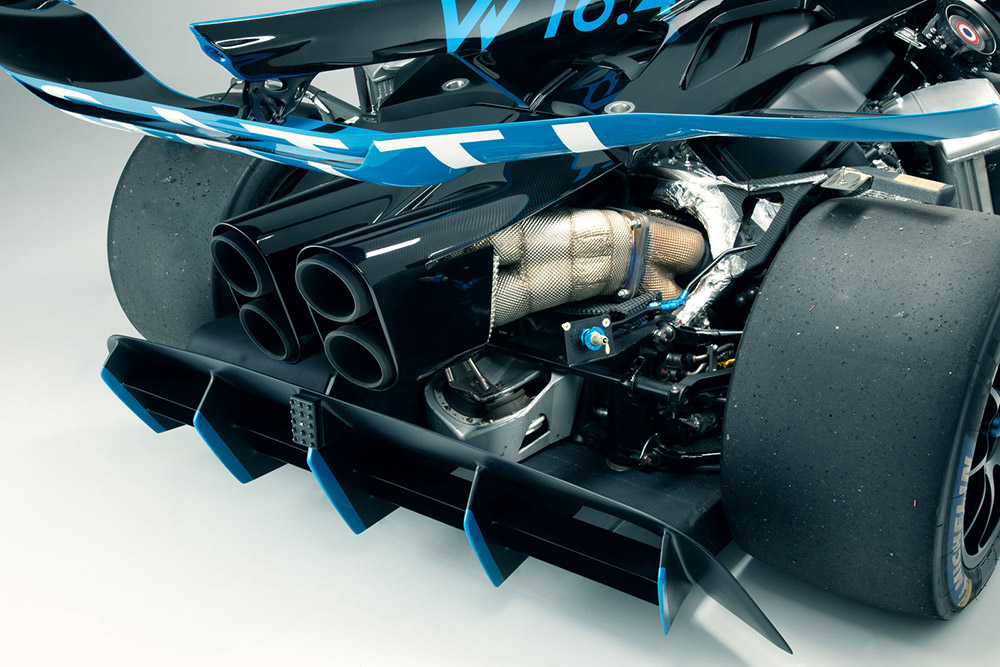 Even the Bolide’s steering column benefits from 3D-printed and lightweight hollow parts with a wall thickness of 0.5 millimeters. Underneath, the Bugatti Bolide has titanium springs, stainless steel wishbones, and titanium rocker brackets that only weigh 95 grams each. “Using a special heat treatment process developed in-house, we achieved 1,250 N/mm of tensile strength with a simultaneously high fracture strain of at least 19-percent,” added Götzke. 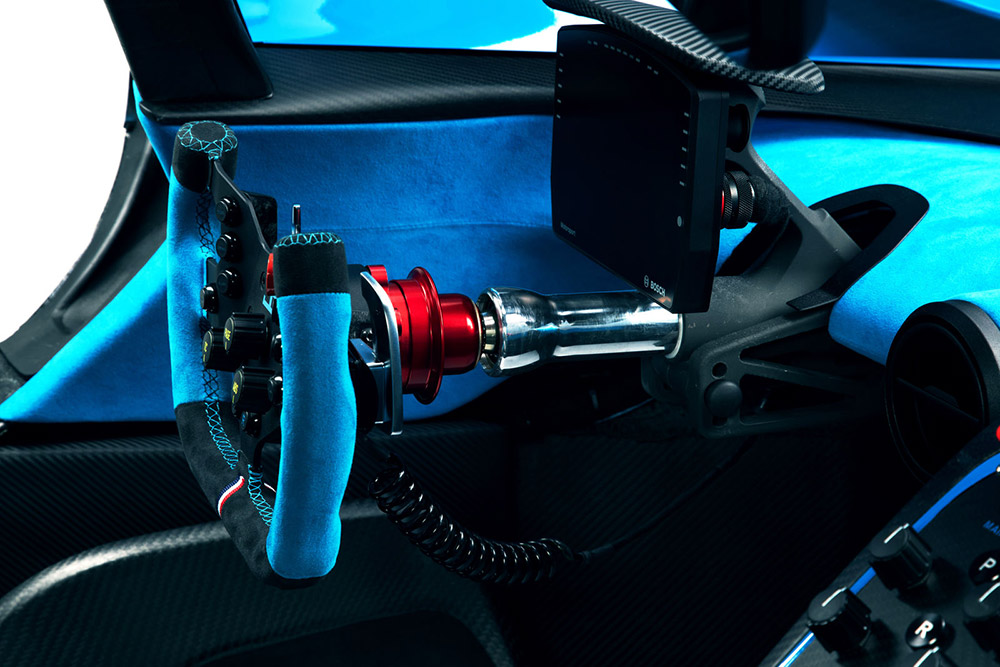 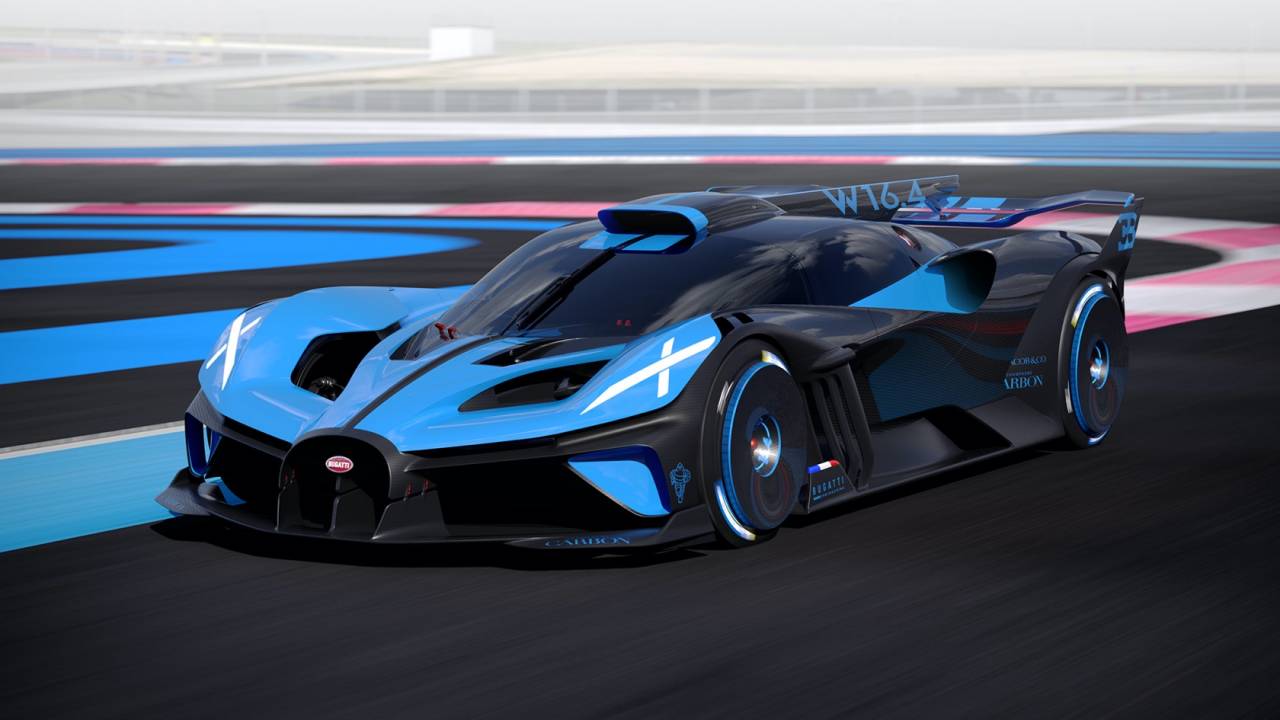 The Bugatti Bolide remains a working concept for now. But knowing Bugatti, we’re expecting it to produce the Bolide in small numbers. “It is Bolide’s many technological highlights that make it so special. This is what we are continuing to develop and work on because Bugatti has set itself apart with its impressive innovations for over 100 years – and will continue to do so in the future,” concluded Götzke.