Buffalo have announced two new SSD upgrade kits for the Dell Inspiron Mini 9 netbook.  Available in 16GB and 32GB capacities, the chips replace the standard SSD storage in the budget ultraportable, which can be specified with as little as 4GB from Dell themselves.

The announcement follows Buffalo’s similar kits for the ASUS Eee PC, although in that case 32GB and 64GB was on offer.  The 32GB Buffalo Eee PC card was priced at around $156 at launch. 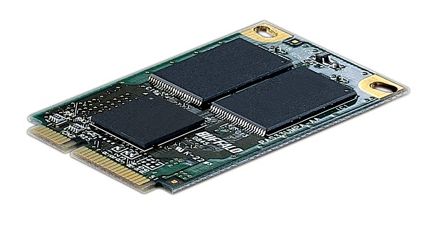