Brontosaurus is back from the dead (in name at least)

Back when you were a kid and you were first learning about dinosaurs – almost no matter what age you are today – you probably learned about a dinosaur named Brontosaurus. As one of the first dinosaurs to be reconstructed with fossil fragments and shown to the public as a quintessential “thunder lizard,” Brontosaurus remained a popular name for a certain kind of long dinosaur for many years after it was formally retired. In 1903, paleontologist Elmer Riggs suggested that traits that separated the Brontosaurus and the Apatosaurus suggested that the former was just a shorter or younger version of the latter. This week that changes.

Here in 2015, a study by the name of “A specimen-level phylogenetic analysis and taxonomic revision of Diplodocidae (Dinosauria, Sauropoda)” has been authored by researchers Emanuel Tschopp​, Octávio Mateus, and Roger B.J. Benson. In it, they’ve suggested that not only the Brontosaurus, but several other genera should be separated from the Apatosaurus pack. 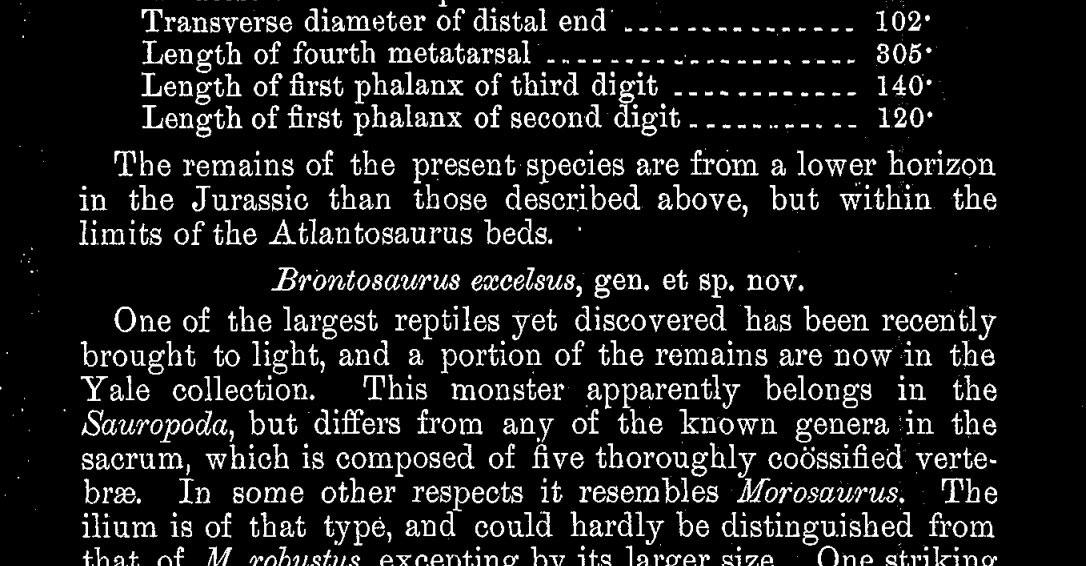 ABOVE: The first published naming of the Brontosaurus by Marsh in his paper “Notice of New Jurassic Reptiles” in 1879. See more papers by Marsh in the Dinosaur Database

The first restoration of the Brontosaurus – as with most/all dinosaur restorations for the first several decades of restoration efforts – was very “clumped together.”

Notice how one bone is RIGHT on top of the next – things would get awful uncomfortable for this creature if its bones were scraping up against one another all the time.

The first full public restoration of a skeleton of the Brontosaurus was done in New York City in 1905.

It would take until the 1970’s, according to the Smithsonian, for most museums to change their placards and publicly recognize Elmer Riggs work in 1903 to dismiss the Brontosaurus name and plant all mentions into the earlier-named Apatosaurus genus.

You’ll also notice that the head on the first reconstruction of the Brontosaurus/Apatosaurus excelsus was sort of blunt. In 1883, it was suggested that this head could actually belong to a completely different dinosaur – Camarasaurus. 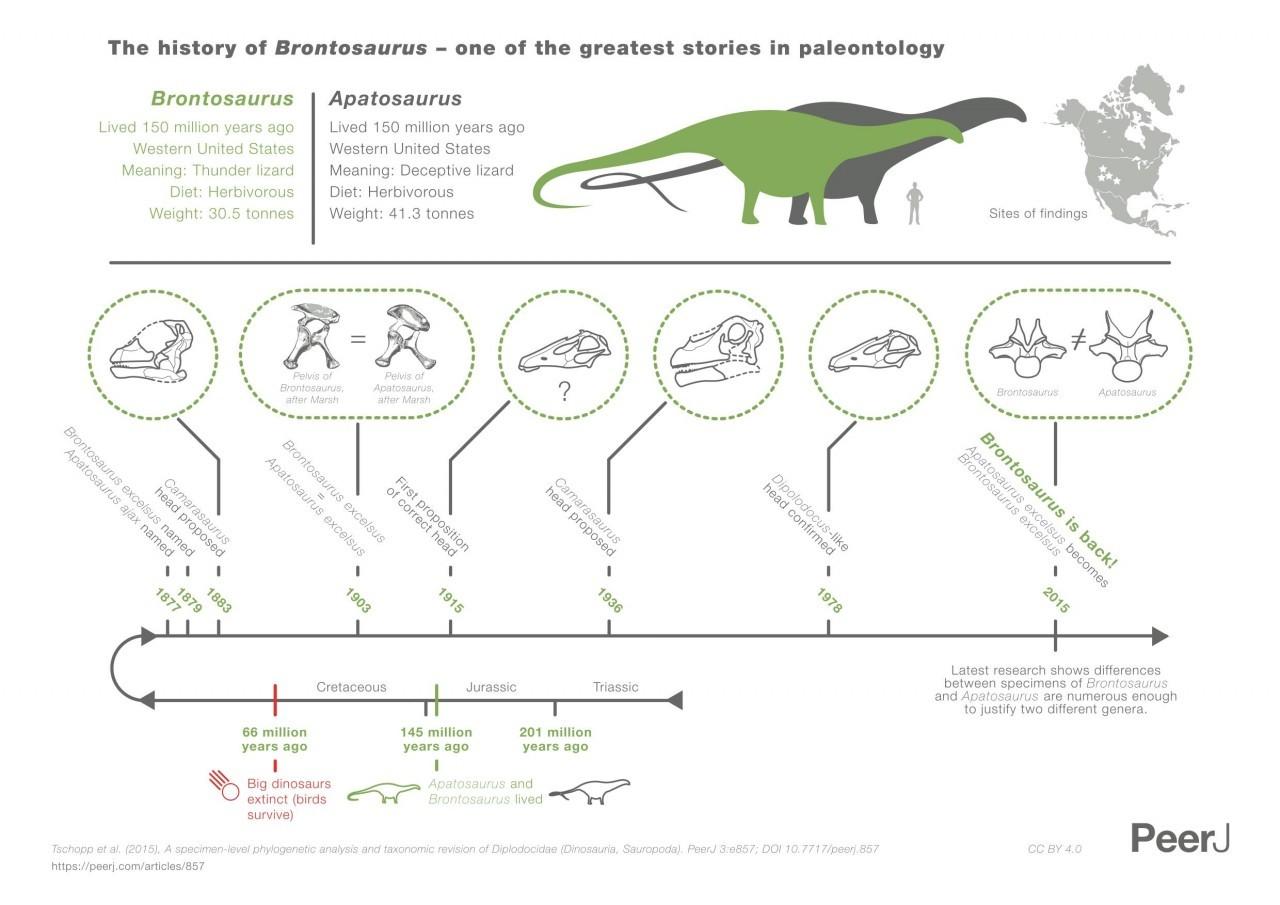 This just goes to show you – it can be DECADES between suggestion, scientific testing, and proof in the organization and naming of ancient dinosaur species. 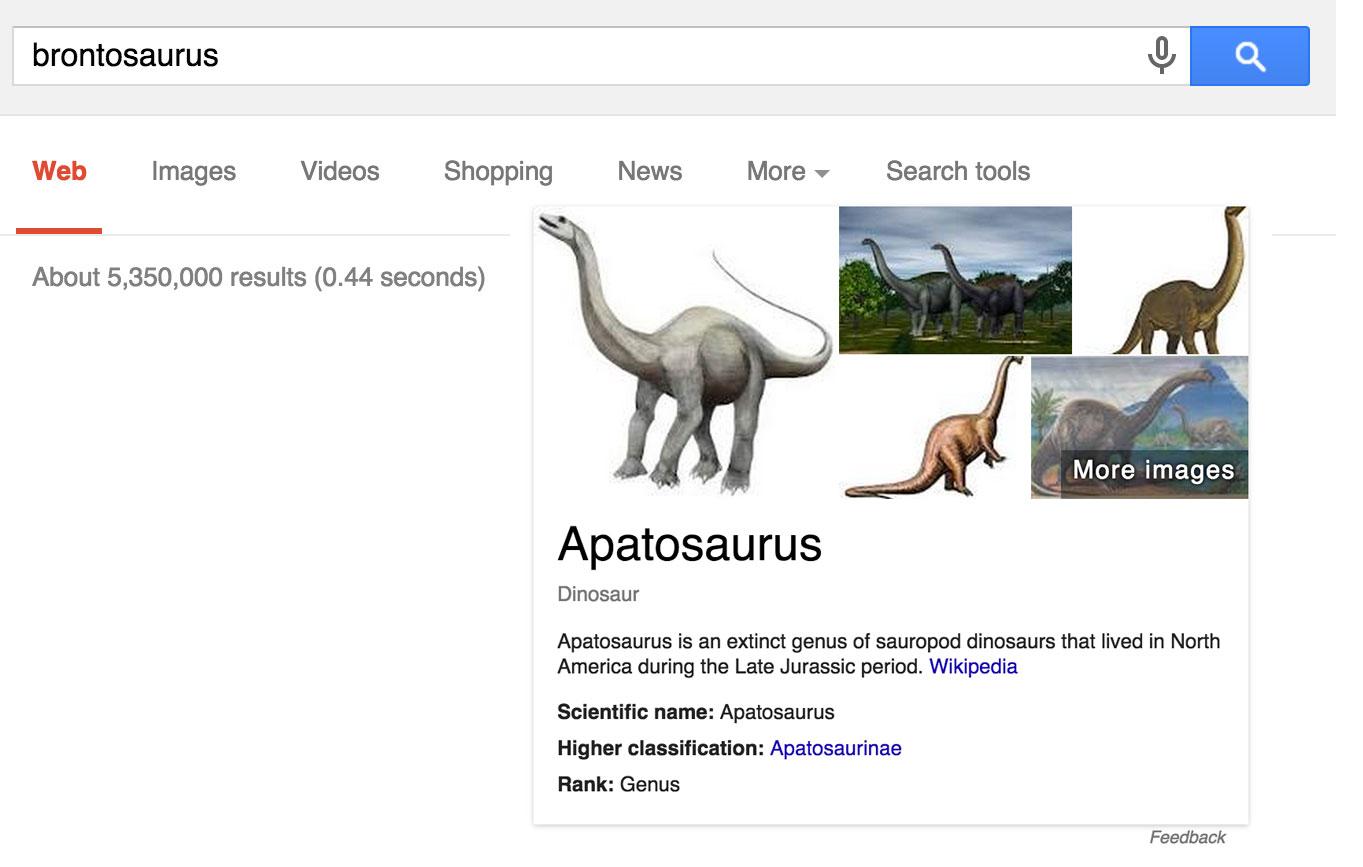 UPDATE: Just to drive the point home that it takes more than a day to have the entire scientific community accept the obviousness of the truth, searching for “brontosaurus” in Google results in a Wikipedia-based feature on the Apatosaurus.

Below you’ll see a scene from Jurassic Park, one which confused thousands if not millions of burgeoning dinosaur fans around the world. “Those are brontosauruses -I mean, uh uh… brachiosauruses,” said the character Tim Murphy, at a time in history (1993) when the name “brontosaurus” should have been out of circulation for around 90 years.

Fast forward to 2015 and the differences between specimens of Apatosaurus excelsus and Apatosaurus ajax are found to be numerous enough to justify two different genera once again. The name Brontosaurus is resurrected!

In the skeleton study published by PeerJ this week, Tschopp and crew suggest their research “resulted in the proposal that some species previously included in well-known genera like Apatosaurus and Diplodocus are generically distinct.”

They go on to mention that “Of particular note is that the famous genus Brontosaurus is considered valid by our quantitative approach.”

The study we’re speaking about here today goes by the name “A specimen-level phylogenetic analysis and taxonomic revision of Diplodocidae (Dinosauria, Sauropoda)”, authored by Emanuel Tschopp​, Octávio Mateus, and Roger B.J. Benson. You can find the full article at PeerJ Computer Science with code 3:e857 on April 7th, 2015. 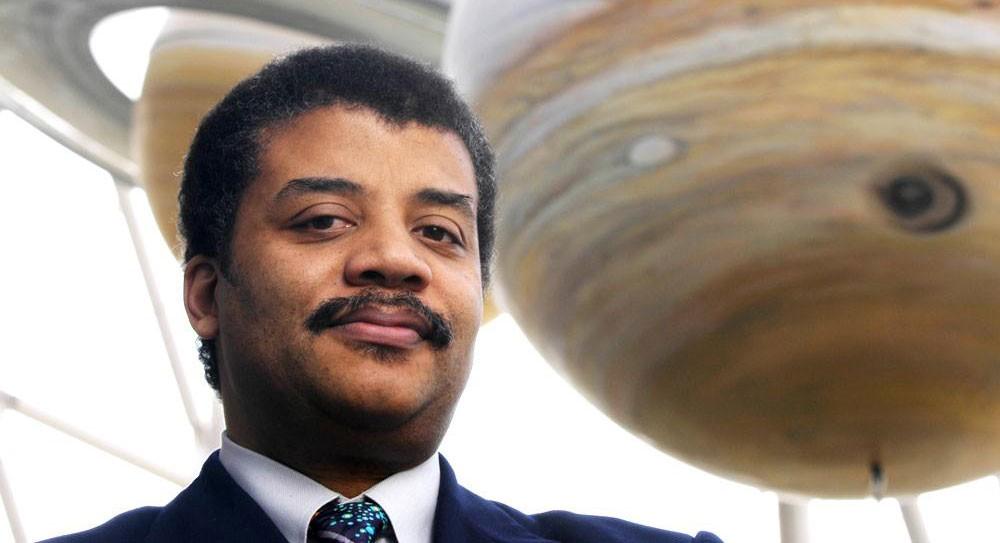 UPDATE: No, this does not mean that we’re bringing back Pluto as a planet. Neil DeGrasse Tyson’s word remains law.