It might not exactly be common knowledge, but Amazon, despite its notorious rivalry with Google, actually distributes Android devices and apps. In fact, it actually rivals Google in that area as well, with its own ecosystem of Android apps and services revolving around its own Android Appstore. That said, Amazon may not actually be known in the Android world for keeping up with Google updates, and a recent issue with that could have implications for one of Windows 11’s headlining features.

Amazon isn’t doing anything out of the ordinary or illegal by using Android with its own “Fire OS” branding, of course. As an open source software, almost anyone can take Android for their own purpose. That is what gave birth to dozens of unique Android experiences on different devices, as well as custom Android spins from different companies.

Getting access to Google’s proprietary Play services and apps, sometimes known as Google Mobile Services, is a completely different story. That involves a series of tests and requirements to certify a device or custom spin as eligible to distribute Google’s software. Naturally, Amazon skips this process, which explains why you have to bend over backward to install Google Play Store unofficial on Amazon’s Fire devices.

The reverse doesn’t work the same way, though, and Amazon’s Appstore can be installed on just about any Android device. This gives access to some apps that are exclusive to Amazon’s ecosystem and potentially allows access to promos or deals for Amazon products and services. Unfortunately, the way that system works may now be working against those users simply because Amazon hasn’t caught up yet with Android 12.

Liliputing reports that Amazon’s Appstore is apparently broken on Android 12 devices, a situation confirmed by multiple users across a variety of Internet forums. The problem, however, might actually run deeper than that because those same reports reveal that any app installed via the Amazon Appstore doesn’t work either.

It is possible that Amazon’s DRM is to blame for this mishap, preventing the launch of apps that come from its Appstore. Parts of that software ecosystem might not have been properly updated for Android 12, despite how the latest version of Google’s mobile OS has been around for a month now. Amazon isn’t exactly the fastest to update its devices to more recent Android versions, but it’s almost shocking that it didn’t make sure its Appstore had even basic functionality on the latest version of Android. 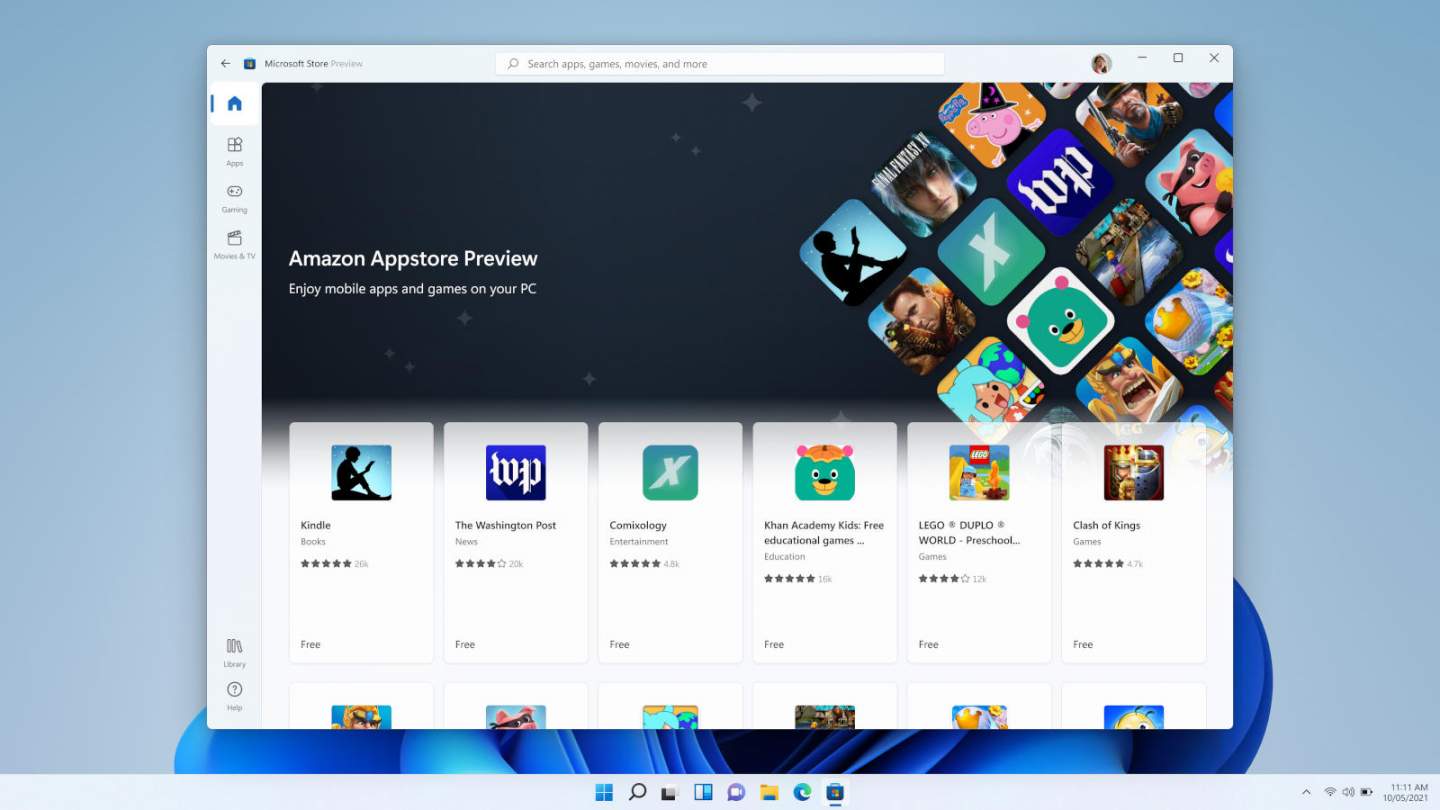 This situation can be quite worrying if you consider that Amazon’s Android platform will be the basis of Windows 11’s support for Android apps. While it has already been proven that it’s possible to sideload APKs on the new Windows Subsystem for Android (WSA), the primary method for installing Android apps that will be pushed by Microsoft is through the Amazon Appstore embedded in the Microsoft Store. At the moment, all is working fine on that front since WSA is based on Android 11, but it could raise questions on Amazon’s ability to support upgrades to those pieces of software.

There are quite a few downsides to Microsoft’s choice of using Amazon’s Android flavor rather than collaborating directly with Google, but the decision was probably made around business reasons more than offering the latest and greatest Android experience. It is entirely possible that Microsoft has no plans on coming on the heels of Android releases, which would make Amazon’s speed or lack of it pretty much moot. That, however, also introduces potential problems with the Android app experience on Windows 11 itself, opening the doors not only to missing features from Android 12 and beyond but also security or stability problems that may have already been fixed in Android 12.

UPDATE: An Amazon representative reached out to us with this statement:

“We are aware and working to resolve an issue impacting app performance and launches for the small number of Amazon Appstore users that have upgraded to Android 12 on their mobile devices. This issue does not impact Amazon Fire Tablets or Fire TV devices.”