With the release of the final set of episodes in the controversial multi-season television series Breaking Bad comes an Apple iBooks-exclusive piece of media: Alchemy. This title is appearing this week with content exclusive to the book stemming from each of the show’s seasons, culminating in a full history of the Breaking Bad epic. Breaking Bad: Alchemy will also – of course – be updated after the final episode airs: August 11th.

This title is one of a rather complete set of wares set up by Sony Pictures Television in a Breaking Bad iTunes collection where they’ve also pushed the entirety of the show, music from the show, podcasts from insiders with the show, and apps – The Cost of Doing Business, that is. That same title, in a sentence encapsulating the dark undertone of the show, also sits atop a timeline of deaths in the iBook. 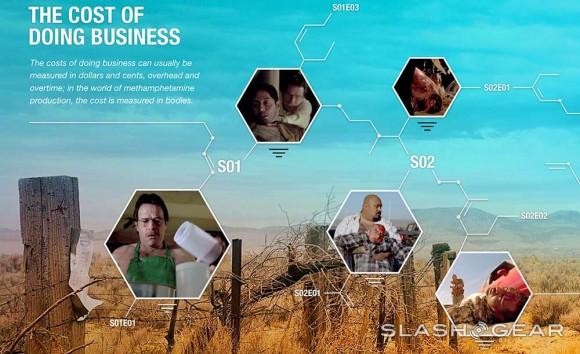 • Chapter 3: Tweak of Chemistry – Explore the chemical compounds, devices and forces used throughout the series.
• Chapter 4: Visualize This, B*****es – Dedicated to the visual style and art of Breaking Bad both within and inspired by the series

SIDENOTE: Don’t forget to check SlashGear’s Bryan Cranston interview from earlier this year to have a listen on how the show’s special effects play a part in the production of the show.

The Cost of Doing Business delivers exactly what you’d expect a fully interactive “death timeline” to deliver. Breaking Bad is certainly no stranger to the evil bits in buying and selling illicit cargo, and here in this piece of the app you’ve got interviews, show footage, and character evolution data to do full justice to each character that’s met their untimely end over the span of the show. 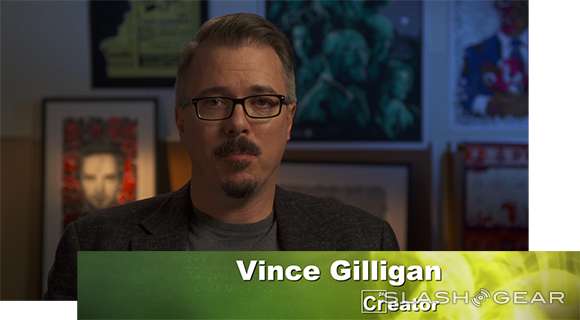 “Breaking Bad: Alchemy is a comprehensive anthology that will allow viewers to experience and interact with the show in unprecedented ways. In the creation of the Breaking Bad book, we wanted to deliver to fans a unique and dynamic experience and unparalleled access into the production of the series that they will enjoy long beyond the final season.” – Chris Van Amburg, Senior Vice President, Marketing for Sony Pictures Television

This iBook exists as a unique offering at this time in history due to its promise of added content once its subject matter – the TV show – is done being delivered. This isn’t the first time we’ve seen an app delivered before its full payload was sent out to the public, but given the relative popularity of similar “Second Screen” deliverables over the past year, we won’t be surprised to see more iBooks – and similar media – like this in the future. 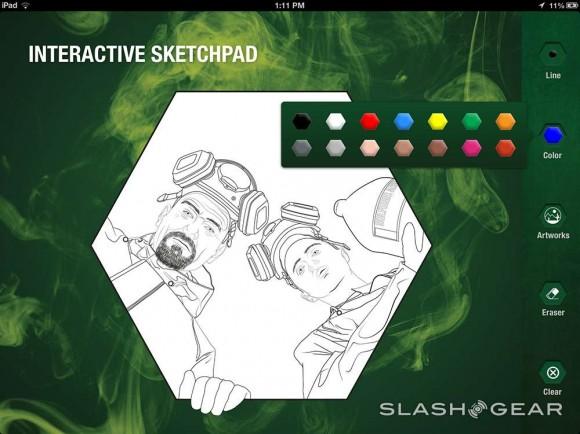 At the moment the public will be able to pick the Breaking Bad: Alchemy iBook up for $7.99 USD as part of a limited-time pricing structure. Expect that amount of cash to go up once the world gets stunned into silence over the final chapter of the television show, hitting AMC on the 11th of next month.

Spoilers get dealt with! 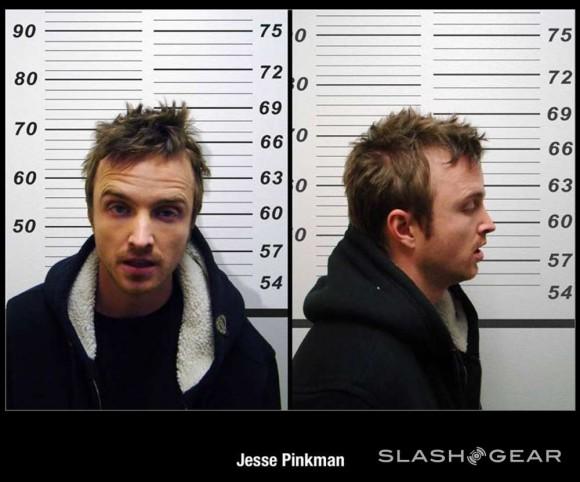