Boston Dynamics is upgrading from merely terrifying us with the sight of its lifelike robots to actually selling them, with sales of its dog-like ‘bot expected to start next year. The company is currently owned by SoftBank, which has already launched robots of its own, though none quite as advanced as those Boston Dynamics has developed over the years.

That technology has left robot fans both impressed and slightly unnerved. Rather than focusing on a single body style, Boston Dynamics has explored multiple form factors. On the one hand, it has developed two-legged robots that are able to run, jump, and generally navigate spaces as humans can. At the same time, it has looked to the animal kingdom for four-legged robots.

It’s the latter which will be Boston Dynamics’ first foray into commercial sales. Specifically, the smaller SpotMini, a dog-inspired ‘bot which, in prototype form at least, weighs around 66 pounds and has a body that stands around waist-height to a human. 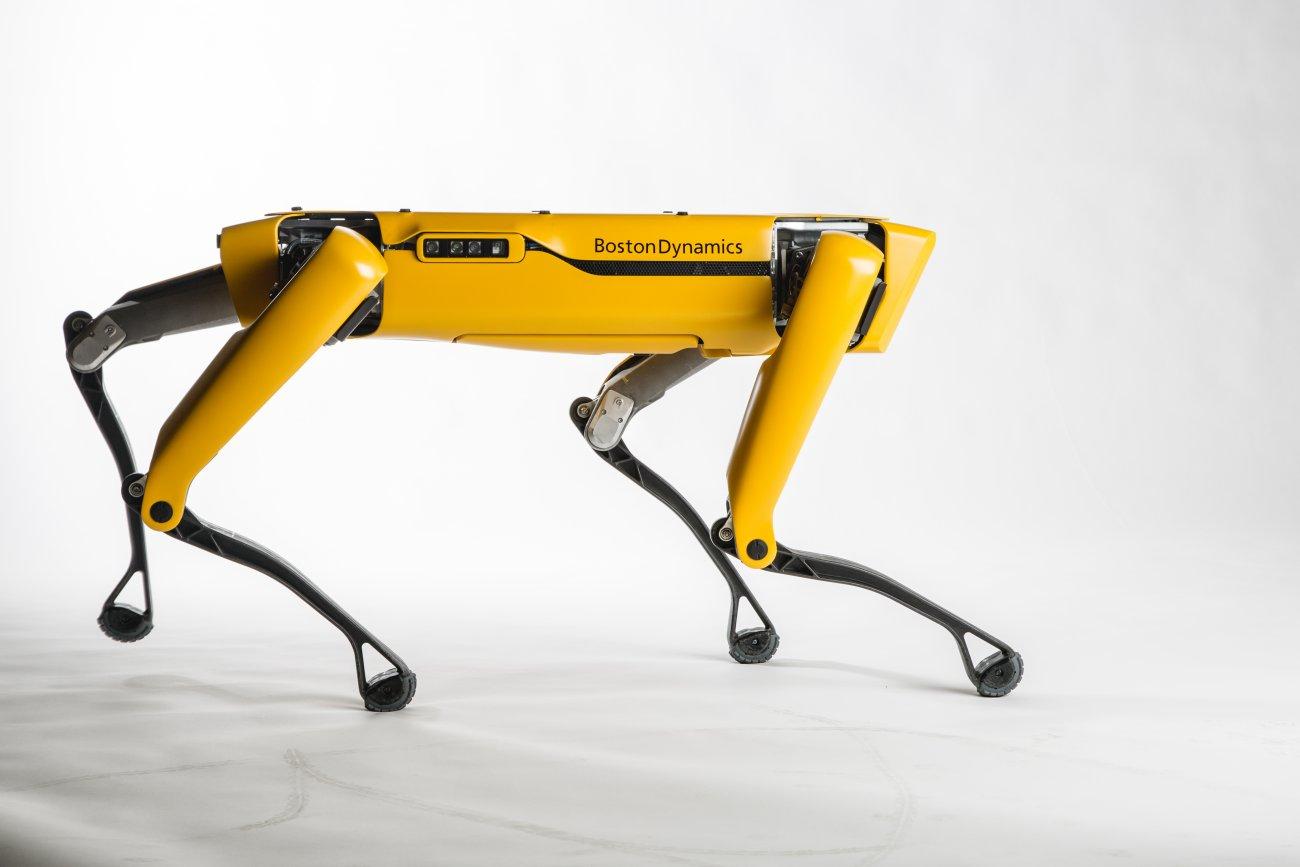 Inspired by the existing Spot robot, though significantly smaller as the name implies, SpotMini has four legs and an optional articulated arm that looks like a giraffe’s neck. The prototype is capable of running for around 90 minutes on a single charge, and is billed as being the most quiet robot in operation in the company’s line-up. It can carry over 30 pounds, using its arm as a claw.

Like the company’s other robots, SpotMini uses a complex 3D vision system to map and navigate the world around it. Its various limbs have seventeen joints, allowing for movements that are both unsettlingly natural in their appearance but also highly functional. Only yesterday the company released a video showing the robot autonomously navigating around an office and lab facility, having been first manually driven around the space to build a 3D map.

Speaking at the TC Sessions: Robotics event, company founder Marc Raibert confirmed that it is working with contract manufacturers on producing 100 SpotMini robots later this year. They’ll be intended for sale, with scaling of production expected in 2019. Raibert did not say how much SpotMini would cost.

Although business applications are Boston Dynamics’ first priority, the company is looking beyond that too. “The SpotMini robot is one that was motivated by thinking about what could go in an office – in a space more accessible for business applications – and then, the home eventually,” Raibert said today.