Smart glasses may be on the horizon, but if they’re not going to be chunky, oversized frames you’d never want to wear every day then micro-display technology needs to catch up. That’s what Bosch is promising with its new Light Drive, a significantly smaller projection system capable of putting a transparent display onto the lens of a pair of glasses.

This isn’t the first such projection-based system, of course. Companies like North have experimented with the technology, but the drawback is typically bulk. Once you’ve combined the projector with its various mirrors and other components, plus the electronics to drive that, and a battery or two, you end up with a seriously oversized pair of glasses. 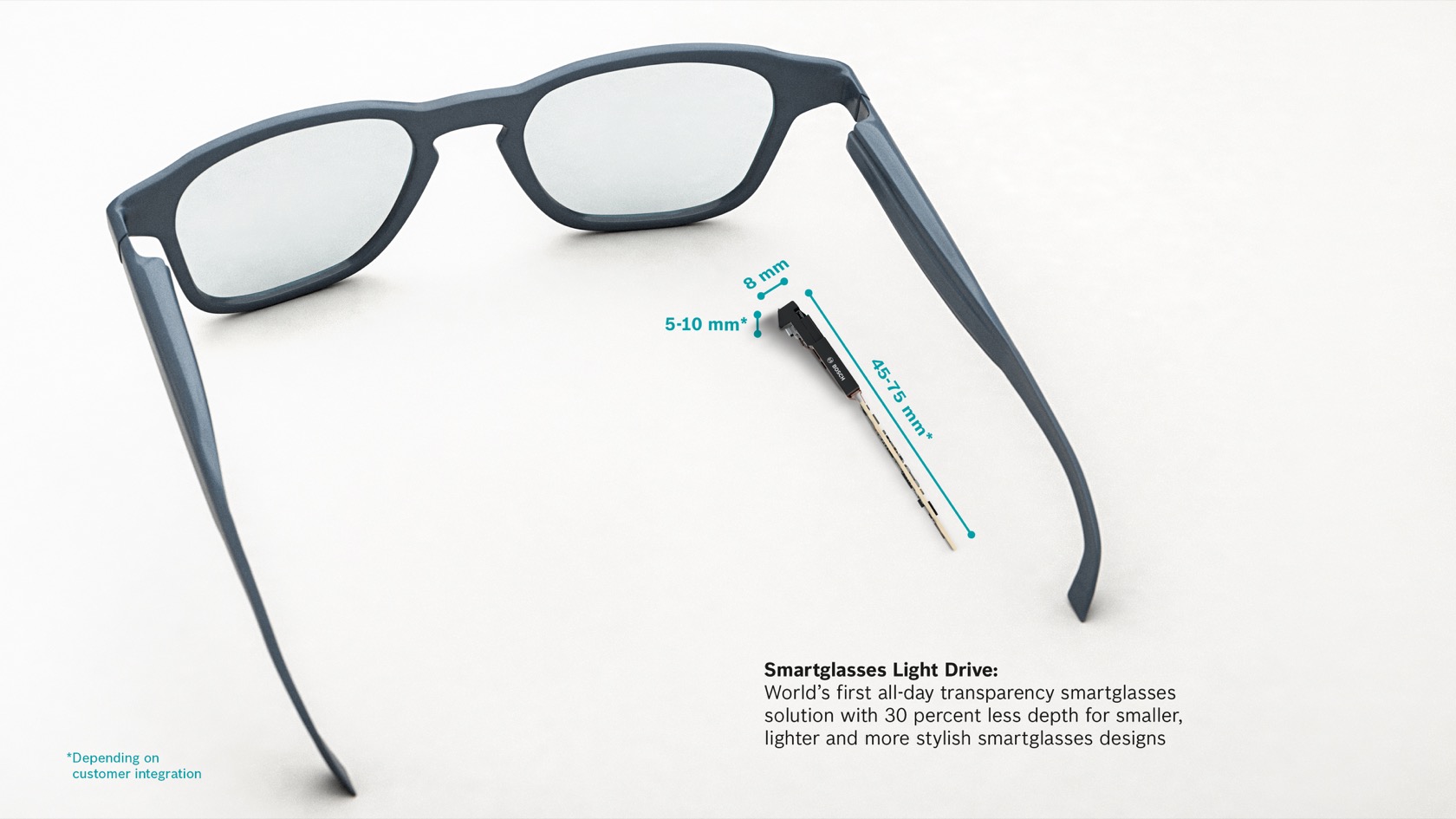 Bosch says its new Light Drive boasts a 30-percent reduction in depth compared to rival systems on the market. Depending on how it’s integrated, it’s typically 45-75 mm long, 5-10 mm high, and 8 mm wide; it weighs under 10 grams. As a result, it’s far easier to squeeze into the arm of a typical pair of glasses or sunglasses, without leaving the whole assembly hopelessly bulky.

Inside there’s a microelectromechanical system (MEMS) based collimated light scanner. That scans onto a holographic element embedded in the lens of the glasses, which redirects the light onto the retina of the person wearing them. The result is a bright image, visible in daylight, and which is always in focus.

It’ll work with both curved and prescription glasses lenses, and Bosch says that when the Light Drive is turned off there should be no distracting rainbow glimmers from the holographic element. The idea is that the smart glasses would connect to a smartphone or other device, and work as a remote display for data from there. 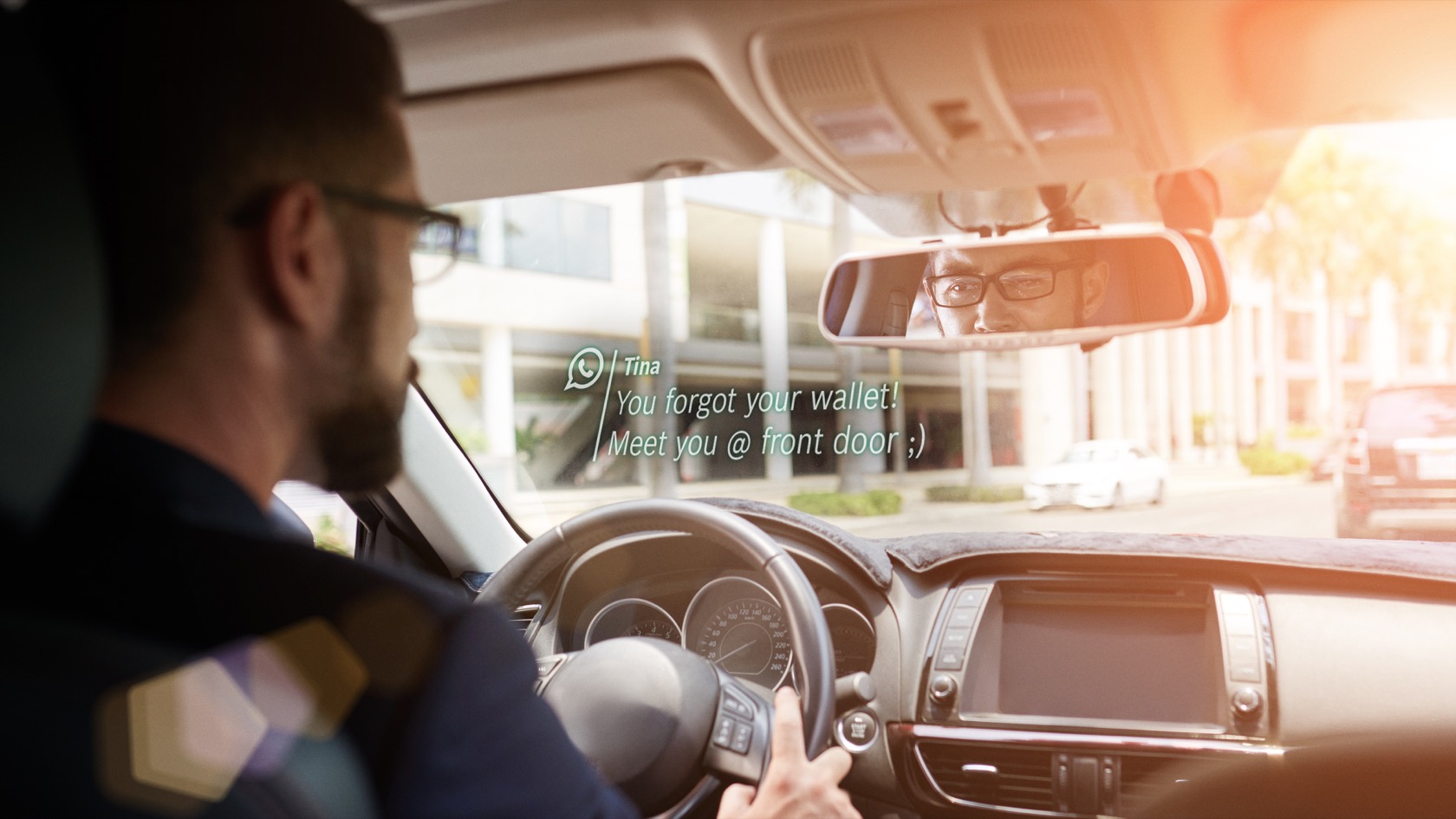 However that’s not to say there’s no other smarts in Bosch’s vision of next-gen eyewear. The Light Drive is designed to work with a smart sensor which can do things like 3D orientation, navigation, and gesture recognition. That way you could interact with the smart glasses by tapping on their frames. Another chip adds precise but low-power compass functionality, while a third adds pressure sensitivity to track altitude measurement. Altogether, it would mean a set of glasses that could precisely map your location in the real world, and then overlay graphics on top of that view. 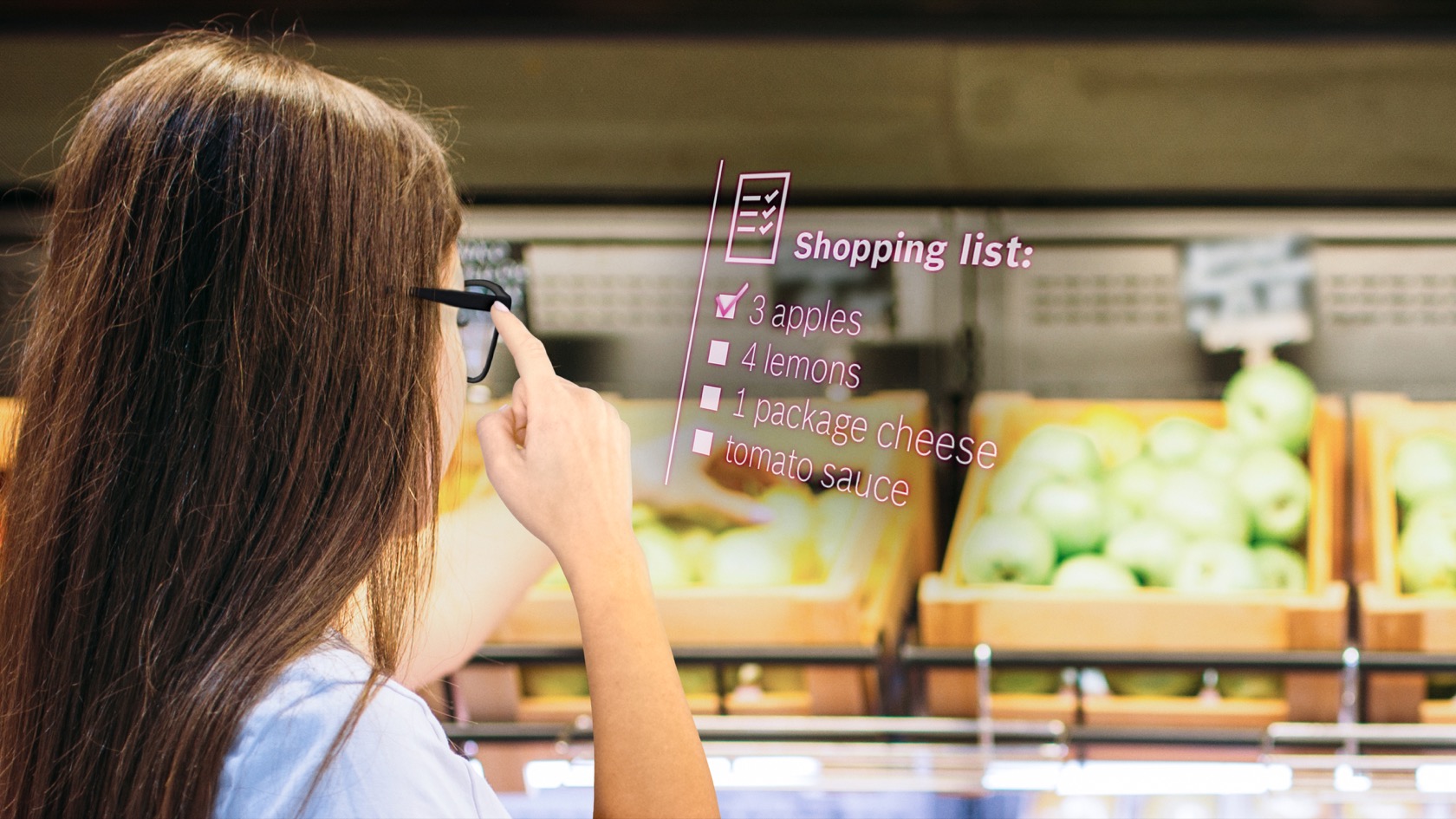 Bosch isn’t aiming to replace a smartphone altogether. Instead, like other smart glasses projects we’ve seen, it’s hoping to deliver just the most important, or timely notifications and alerts to your line-of-sight. That might mean navigation directions or call notifications, or perhaps messages, to-do lists, and shopping lists.

The new Light Drive will be making its public debut at CES 2020 in January, though Bosch won’t be making smart glasses of its own. Instead, it’s looking to sell the tiny display system to other companies hoping to sell digital eyewear. With big names like Google, Apple, and others all believed to be working on such hardware, that seems like it could well be a growing market.