Bang & Olufsen may not be the most affordable brand when it comes to wireless speakers, but they certainly know how to get the details right. The company has launched its BeoSound 1 and BeoSound 2 pair at IFA 2016 this week, and they’re full of the charming Danish details that fans of the brand have come to expect.

The BeoSound 1 is the smaller of the two, running off batteries, while the BeoSound 2 is larger and requires AC power. Each supports Google Cast, Apple’s AirPlay, DLNA, and Bluetooth for streaming from other devices, as well as native TuneIn internet radio playback. 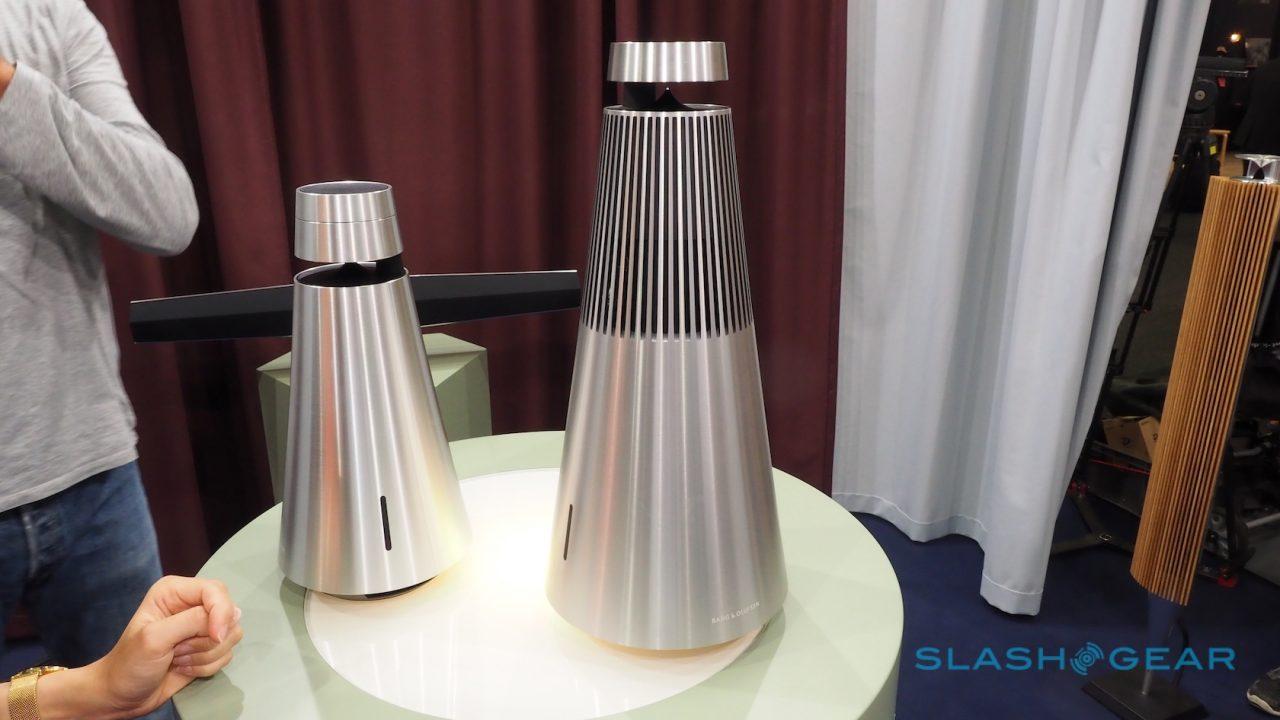 In addition to the music hardware, there’s also some very thoughtful detailing. The BeoSound 1, for instance, has a carry-handle molded into its upper body rather than protruding out of the casing: there’s a gently curved grip inside.

B&O’s Acoustic Lens system – which reflects audio out 360-degrees by firing it upwards from the body of the speaker – looks distinctive to begin with, but underneath it’s been integrated with the status LED. 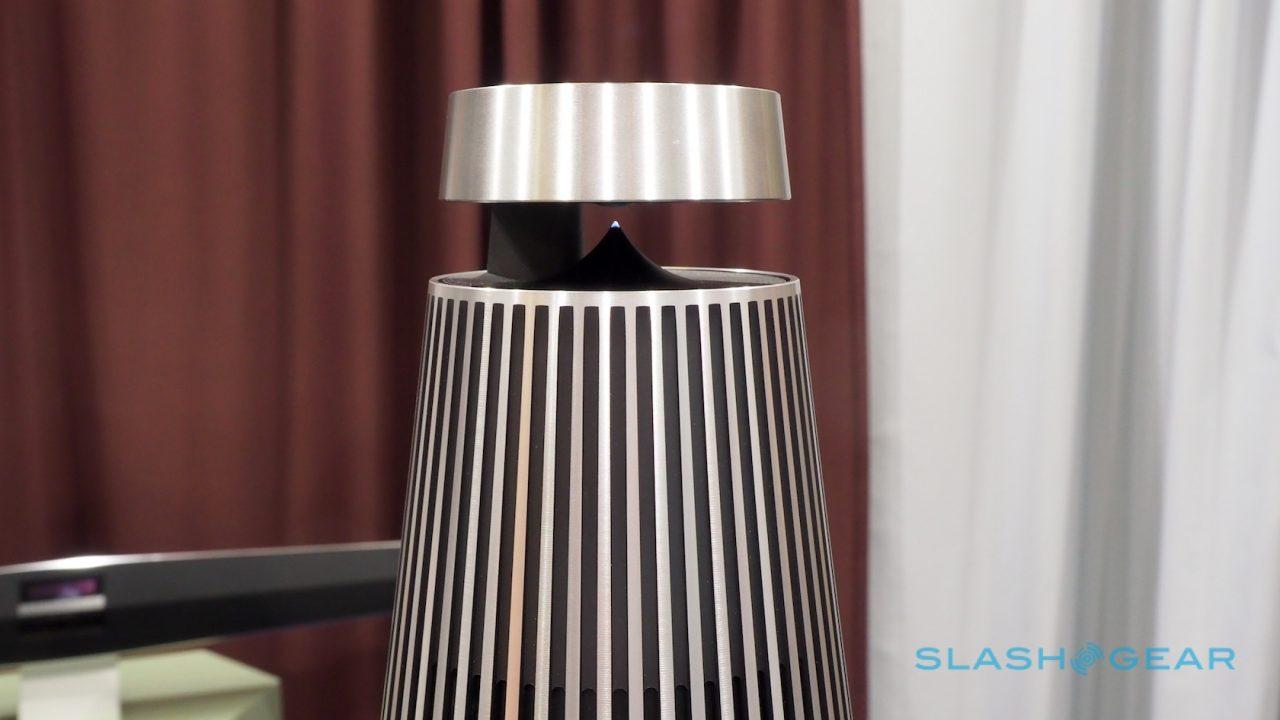 The very tip of the driver has a tiny, white light which glows when the speakers are paired and connected. It’s almost like a tiny firefly hovering inside.

What you don’t see are any physical controls. B&O has a smartphone app, of course, from which you can remotely select sources and pick different tracks to play, but there is is a way to adjust music from the speakers themselves, it’s just hidden.

A tap on the top panel powers it on, while swiping left or right changes the track. It’s completely unlabeled, however: rather than requiring you to swipe in the correct direction, B&O uses a proximity sensor that identifies where you’re standing and then interprets the gesture according to your current orientation. 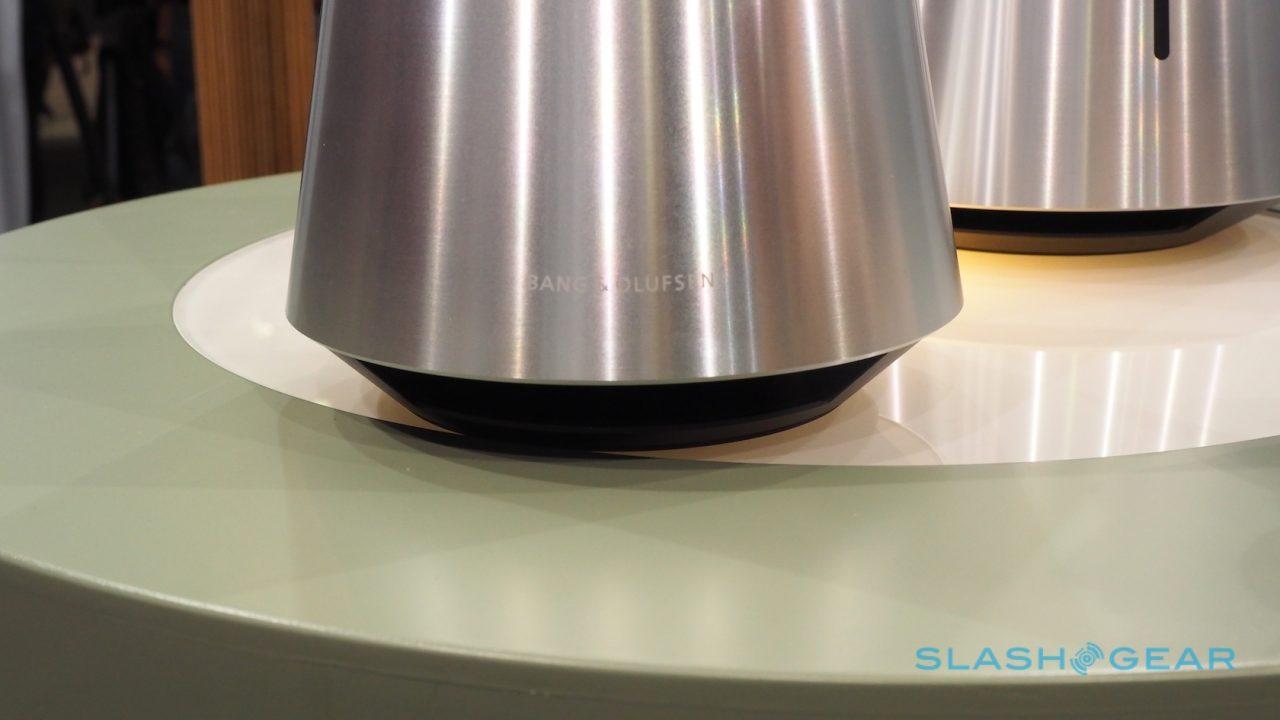 The whole top section, meanwhile, is one giant volume wheel. Bang & Olufsen claims the BeoSound 1 should run for up to 16 hours on a single charge, if used at a “moderate” volume; at full power, you can expect more like four hours, apparently.

The mains-powered BeoSound 2 has no such limitations, though is bigger and heavier than its sibling.

However, you pay handsomely for the style, B&O asking $1,495 for the BeoSound 1 and $1,895 for the BeoSound 2. That’s par for the course when it comes to Bang & Olufsen, but a whole lot more than you’d pay for, say, a Sonos speaker. 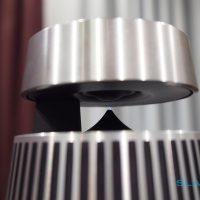 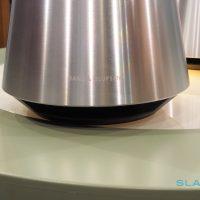 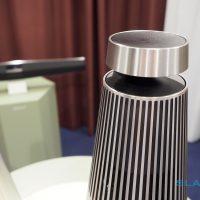 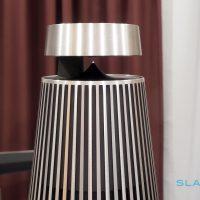 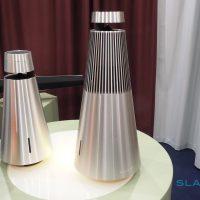