New details leaked this week about the contents of The Book of Boba Fett. This is a series of episodic productions that’ll appear on Disney+ very much like The Mandalorian, starting this December. The Book of Boba Fett started its run at the tail end of the last episode of Season 2 of The Mandalorian with Boba Fett and Fennec Shand blasting their way into the palace that was once run by Jabba the Hutt. This is only the beginning of the bloodshed.

A rumor from StarWarsNet this week suggested that part of the split between new-age scenes and flashbacks will be assisted by costume changes. As the insider tips suggest, Boba Fett is “in revenge mode” and will be hunting “the other bounty hunters”.

Given previous rumors and the goings-on in the comic books published by Marvel so far this year, it should be clear: We’re going to see our best buddies, the rogues gallery of Bounty Hunters that we first saw appear onboard Darth Vader’s Executor Super Star Destroyer in The Empire Strikes Back.

We’re talking 4-LOM, Zuckuss, IG-88, Dengar, Bossk, and others. In the Marvel Comics event series War of the Bounty Hunters, we also see the humanoid bounty hunter Valance Beilert – it would NOT be a shock to see this fellow appear in The Book of Boba Fett, too. 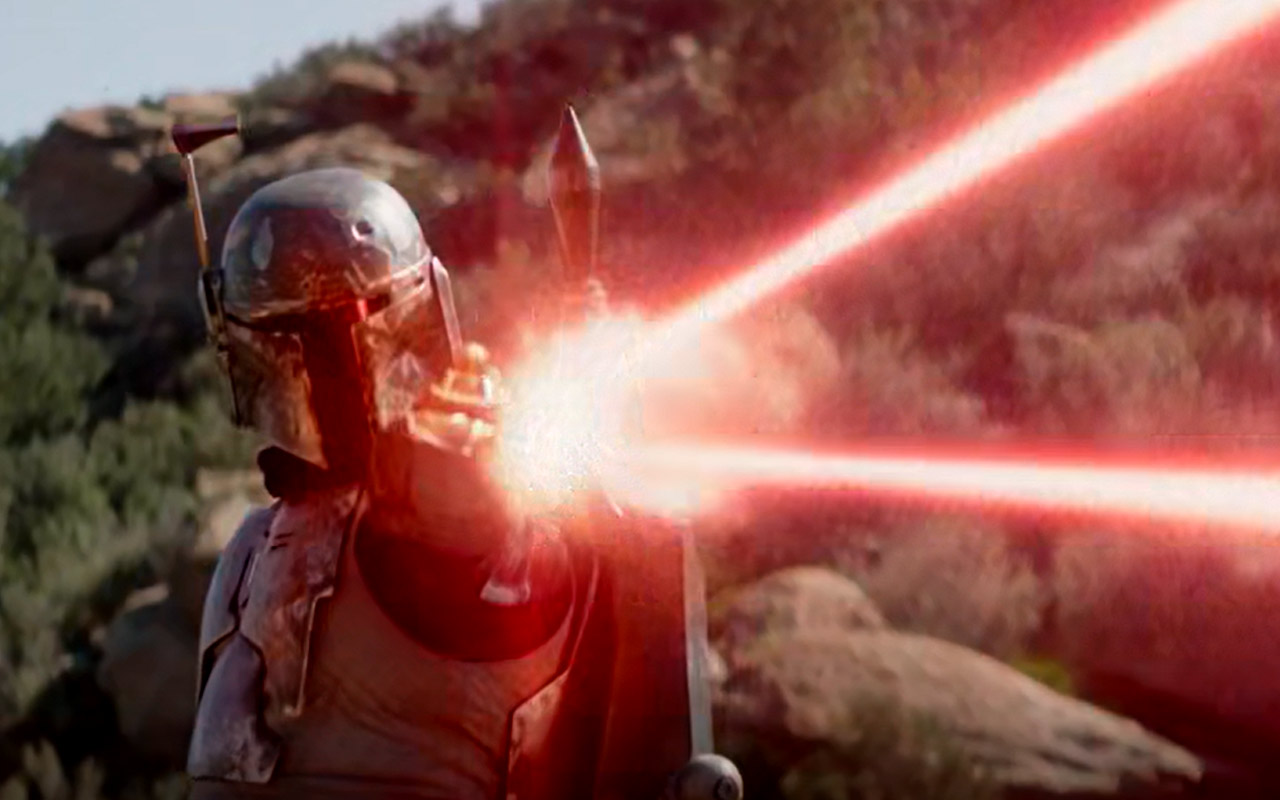 In Star Wars: The Empire Strikes Back, Boba Fett has his classic armor with a significant amount of battle damage. By the time we see Boba Fett sporting his armor again in the last episode of Season 2 of The Mandalorian, he’s repainted the whole set. This may be the extent of the “new look” suggested by the leaks this week, but the creators of the show could go a step further.

In order to make very VERY clear which age we’re seeing in different episodes of The Book of Boba Fett, we’ll very likely see the battle damaged Boba Fett armor in flashback scenes (between The Empire Strikes Back and Return of the Jedi), and a cleaner look – with potentially upgraded bits we’ve not yet seen – for the scenes taking place in the modern age. The modern age scenes in The Book of Boba Fett will take place after Season 2 of The Mandalorian – that is, in the years between Return of the Jedi and The Force Awakens.