Truth be told, concept cars these days are almost a dime a dozen, though some do manage to make our jaws drop once in a while. But a concept motor bike? Not exactly your standard fare. But at its “Iconic Impulses” exhibition in Los Angeles, that is exactly what BMW is showing off. Simply calling it by its name, the Motorrad VISION NEXT 100 doesn’t really do it justice. Whereas most concept vehicles look 5 or so years into the future, this motorcycle was designed with decades in mind. Almost ironically, it look more like a throwback to decades past.

BMW is celebrating its first centenary this year, so it is only fitting that it set its eyes to the next 100 years. Under the “Vision Next 100” slogan, the car maker has attempted to peer into the future farther than most concept designs go. Like 25 years into the future. And it has come up with rather intriguing concepts revealed in the BMW VISION NEXT 100 and its Rolls-Royce cousin. 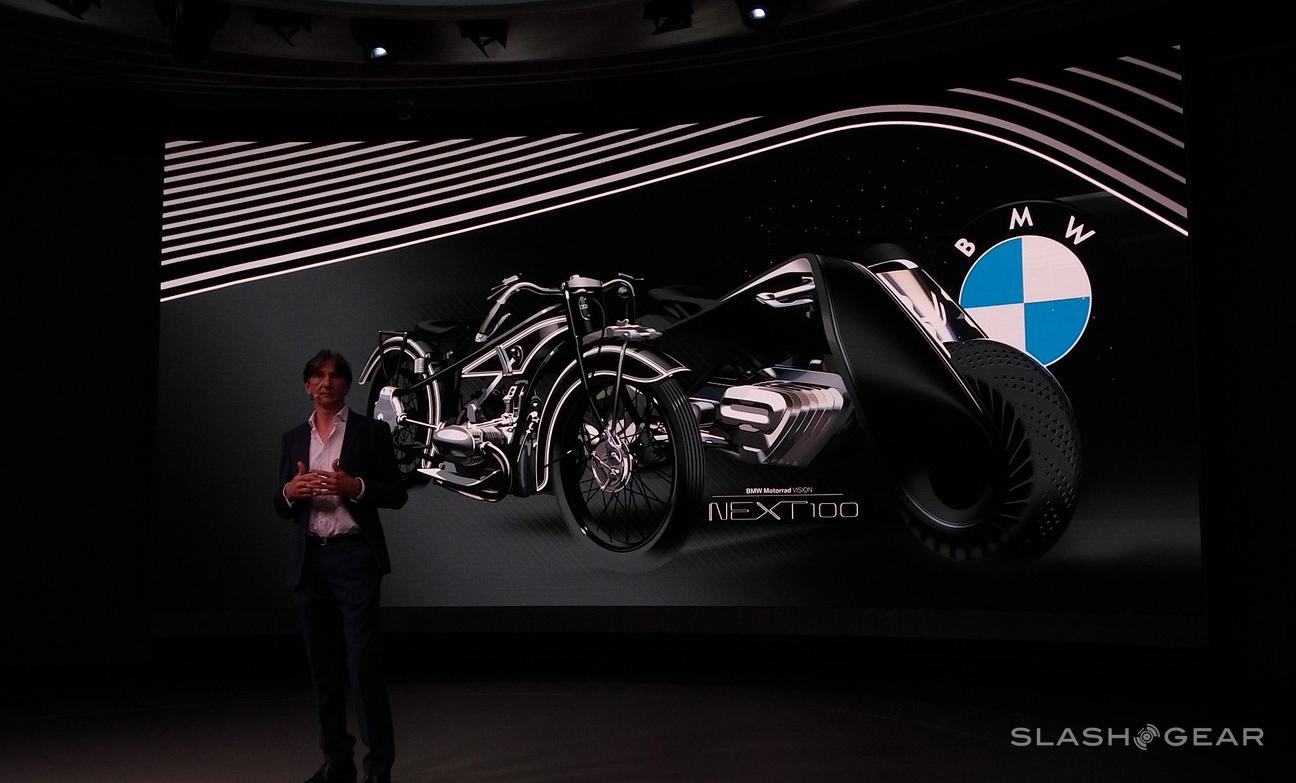 Now it is doing the same for its BMW Motorrad brand of bikes.

And suffice it to say, it’s a curious blend of past and future.

BMW’s vision of the future involves a world where connectivity is so pervasive and ingrained in our culture that it has become second nature. Today, we still marvel at the new “smart” appliances and objects that are popping up left and right. In two decades or so, very few things will be “not smart”.

At the same time, BMW predicts that technology will become more human and more humane, and, like everyone’s dream, energy will be cleaner, emission-free in fact. Those characteristics are all found in the Motorrad VISION NEXT 100, but you won’t be able to tell by the way it looks. 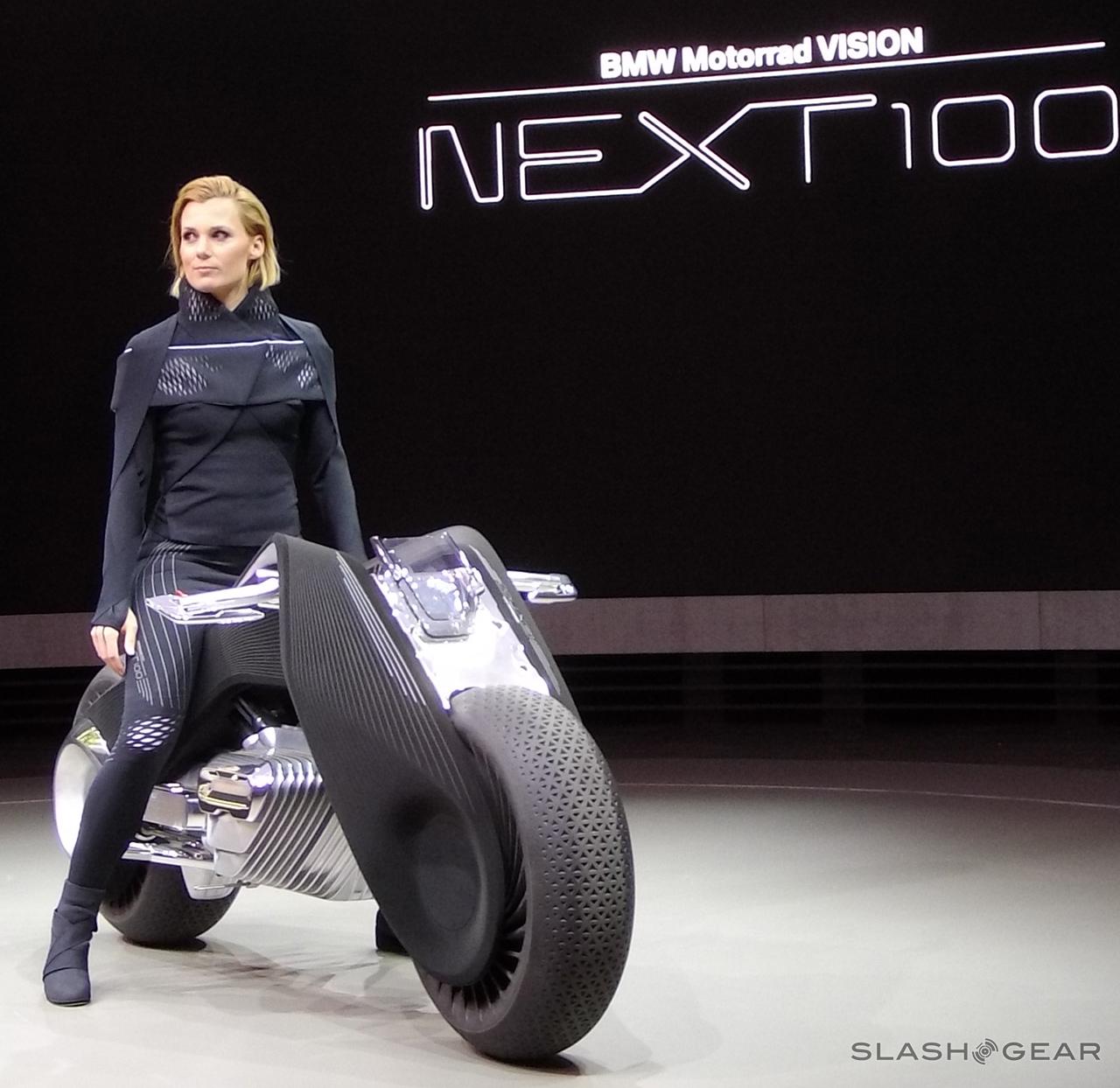 Forget TRON-like, glowing bikes. The Motorrad of the future will look almost stark naked in comparison. Like any other futuristic technology or product, it needs a solid anchor to the past or present for humans to be able to relate to it. In this case, BMW reached far back to 1923, when the company launched its first ever motorcyle, the BMW R32.

The Motorrrad VISION NEXT 100 proudly exhibits BMW’s signature black frame triangle, except that now, no bearing or joints will be prominent. And, of course, the materials are from the present, not the past, with the seat, frame cover, and wings made of light but durable carbon. The entire design can be described as minimalist at best, but that is also most evident in the facade of the futuristic Motorrad. 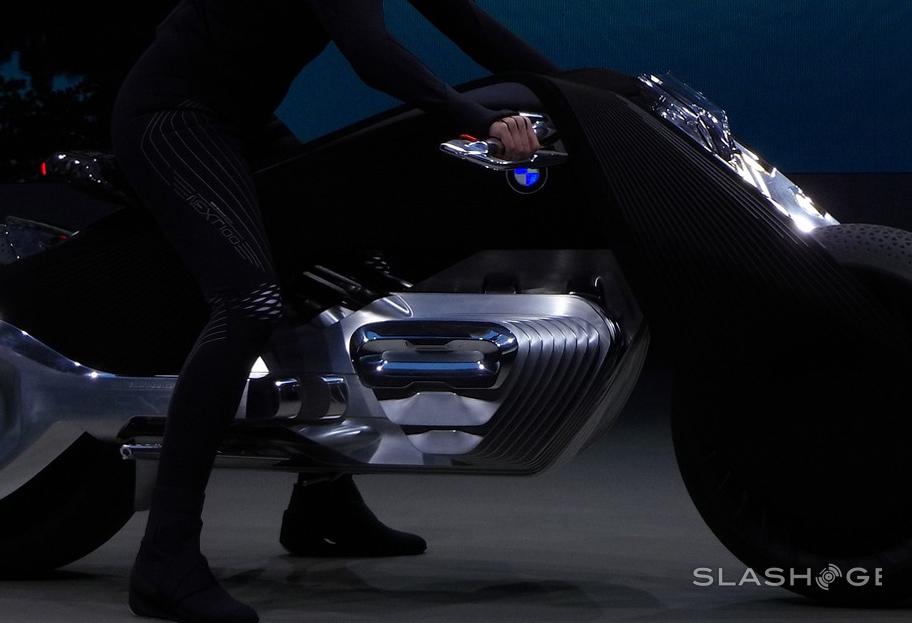 But like the rest of the bike, every single detail was carefully designed for a purpose. For example, the two U-shaped elements above the front wheel’s metal reflector also acts at wind deflector for maximum aerodynamics.

Right at the heart of the triangle frame is also the heart of the Motorrad VISION NEXT 100. Another throwback to the past, the powertrain is inspired by BMW’s boxer engne design. However, looks are definitely deceiving, as this old-school engine is actually a zero-emission drive in disguise. 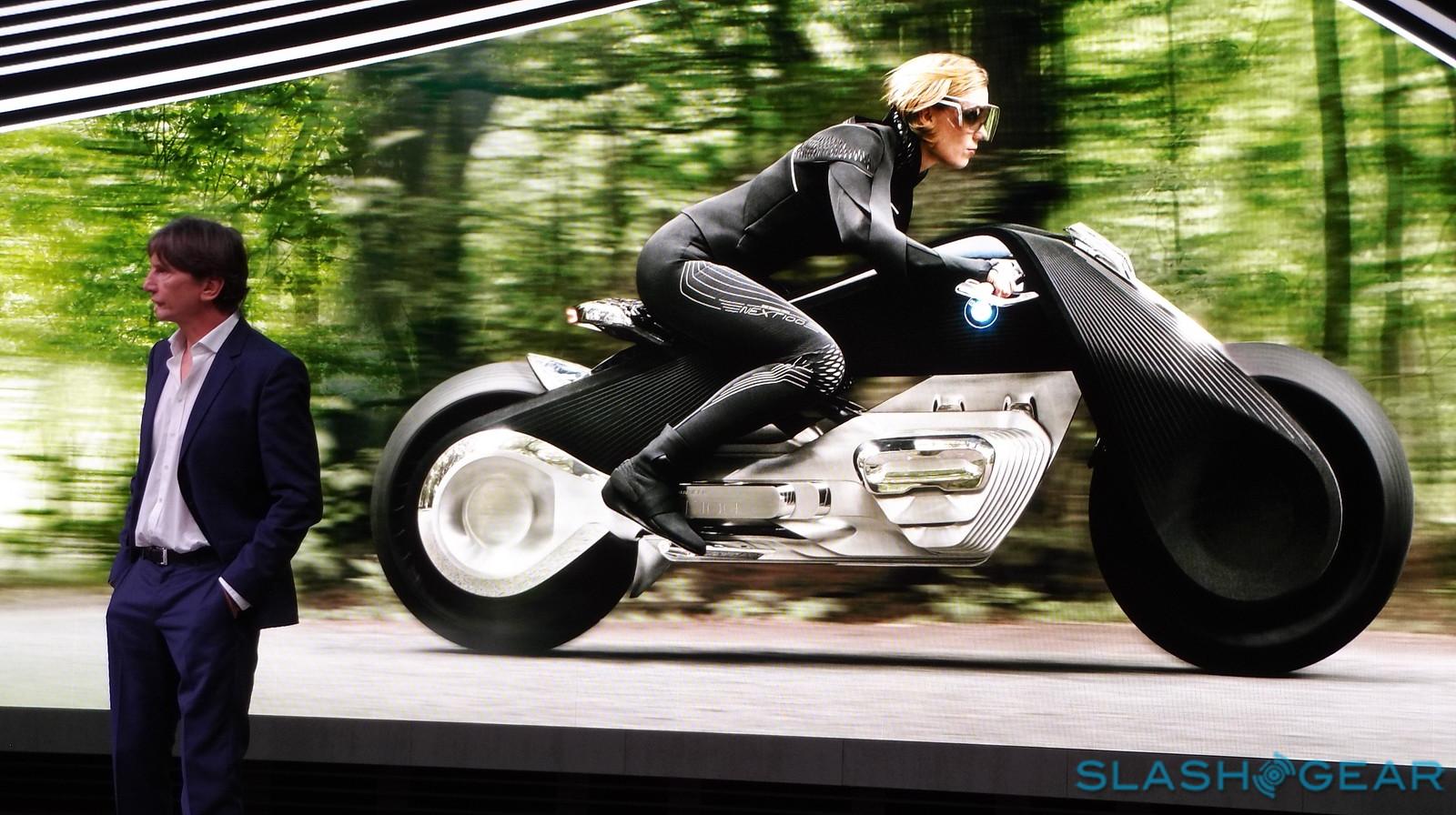 And almost like Transformers, the engine does change its appearance depending on the condition. When at rest, the engine is compact. In motion, it extends outwards, both for better air flow as well as for rider protection.

While arguably historic in its design, the Motorrad VISION NEXT 100 is truly a motorcycle of the somewhat distant future. And it’s not just because of the bike itself but because of everything else around it. In line with BMW’s future vision, everything is connected. That idea isn’t that new to today’s cars, but motor bikes have yet to see their day. 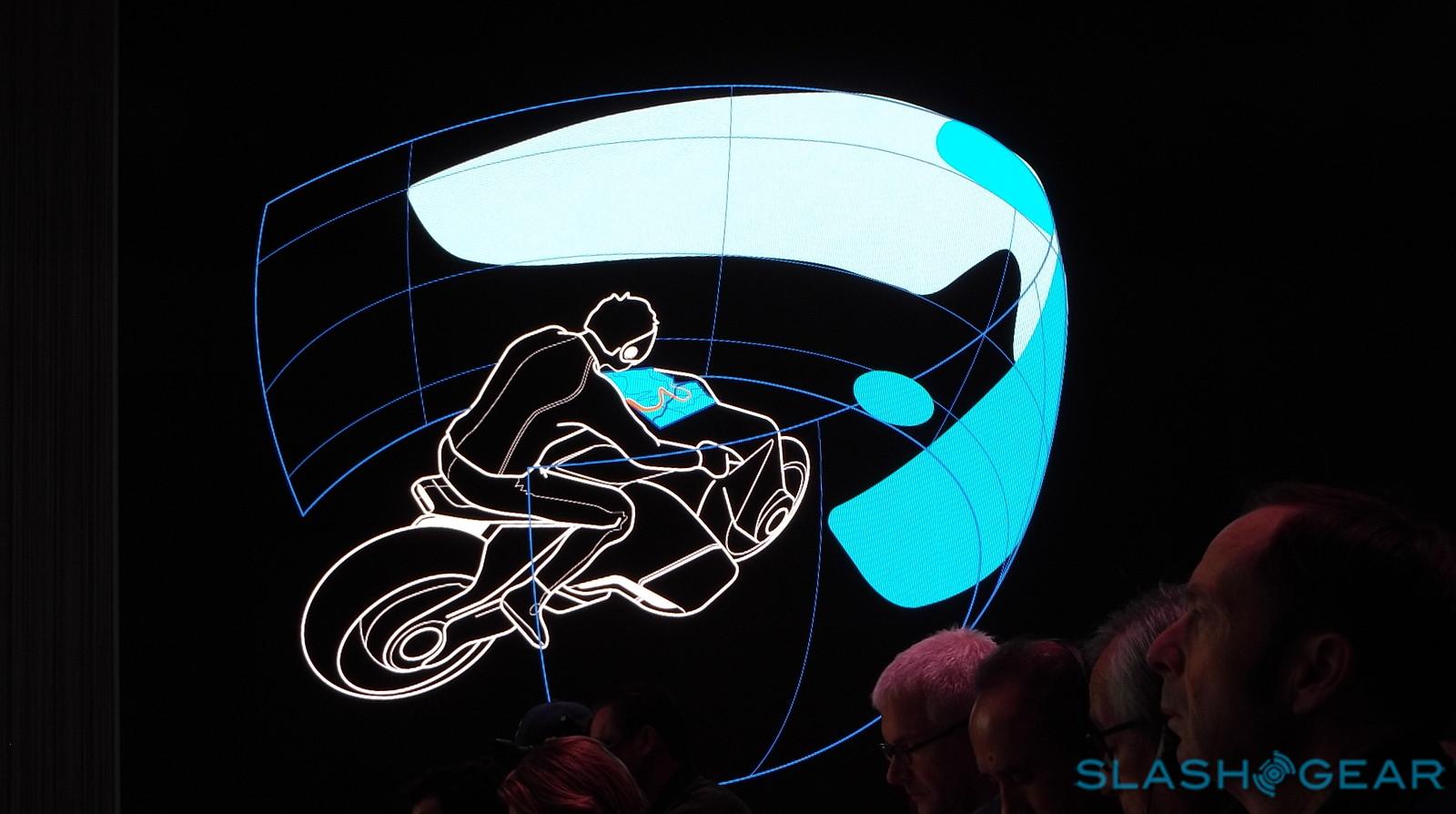 This Motorrad connects and communicates with a myriad of systems and information hubs that allows it to always be aware of what lies ahead, informing the rider of the action to be taken or, if the situation calls for it, take action itself.

Almost self-aware, the Motorrad is also self-balancing, in that it can automatically take on the right balance, especially when the rider, in case of novices, can’t judge by herself. It can even set itself upright after the rider has hopped off! 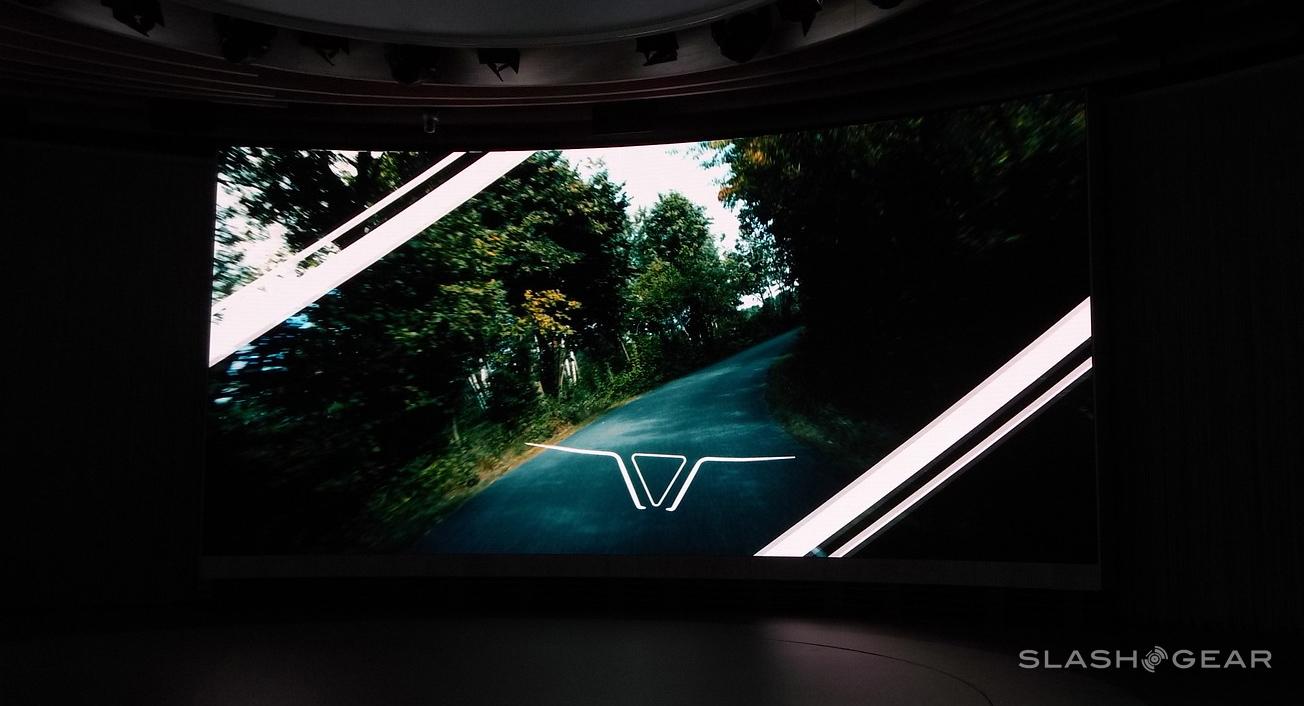 Communication between bike and rider happens not through panels on the bike, which is almost nonexistent, but through the rider’s gear. “Gear” is probably a misnomer, as these accessories are more like functional fashion wear than protective biking gear. For example, the visor, which is the main channel for information, is simply a pair of data glasses, which just also happens to provide wind protection by its very nature. 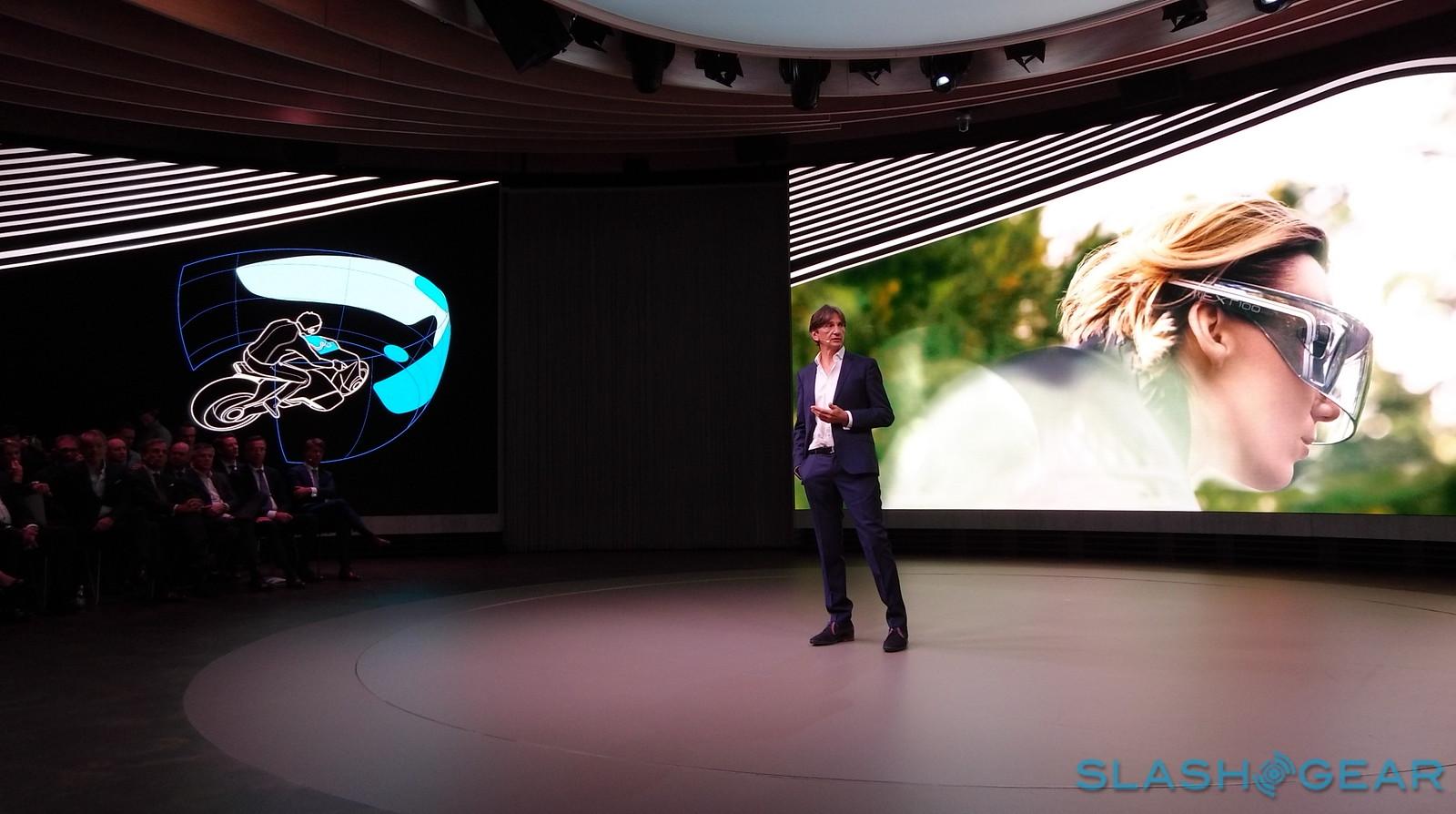 Control of the displays happens through eye movement tracking, with the system changing the information depending on which area the rider is looking at. The suit, though not as fancy, is nonetheless also hi-tech. Looking like traditional motorcycle clothing because of its diagonal chest zipper, it is anything but traditional, with a design reminiscent of video game armor. The suit is loaded with sensors that monitor the rider’s physiology. It also warms or cools the wearer depending on weather conditions. The neck section even inflates to support the neck when riding at high speeds. Navigation information is also conveyed by the suit through vibrations.

What is curious, perhaps also controversial, about this gear (riding gear, that is, clothing for the rider) is that they aren’t at all designed for the rider’s safety, aside from monitoring things like heart rate, pulse, and body temperature. There is no helmet. 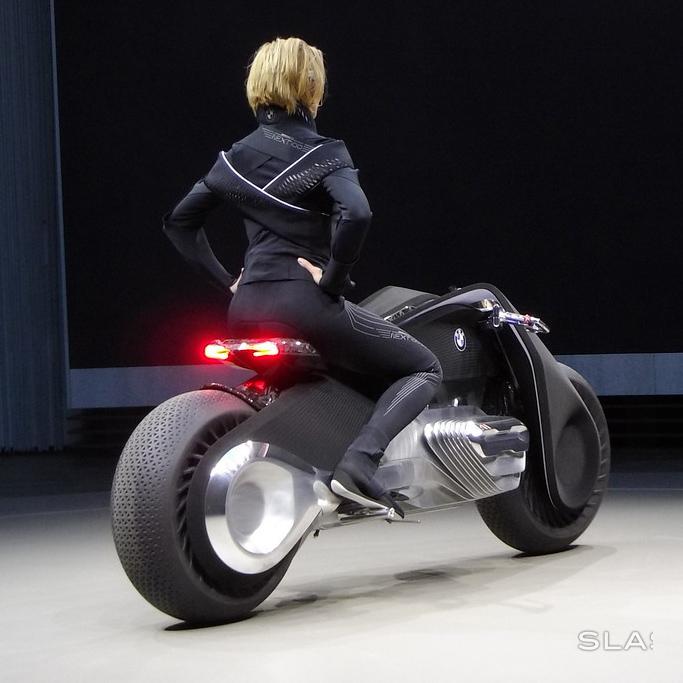 While it may sound like BMW is throwing all caution to the wind, it is, in fact, relegating the safety features not on the rider’s gear but on the Motorrad’s design itself as well as the intelligent systems it offers.

BMW dubs its Motorrad VISION NEXT 100 as “The Great Escape”, precisely because of the feeling of freedom that most riders feel the moment they straddle the bike. And that freedom, in BMW’s mind, is really only possible when you have a bike that is smart enough to worry about safety so that you won’t have to. A bike that, while inspired by the past, isn’t weighed down by the limitations, nor the heavy protective gear, of the past. 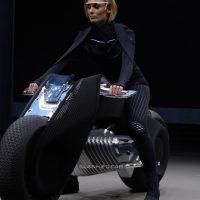 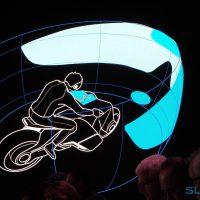 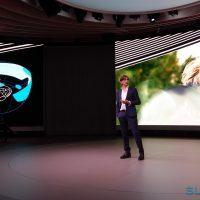 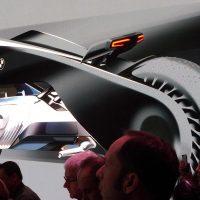 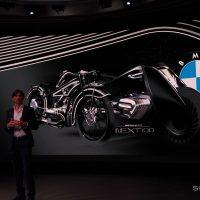 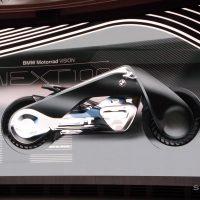 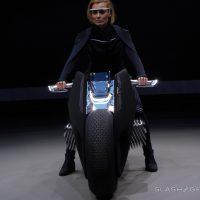 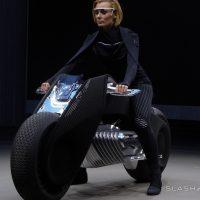 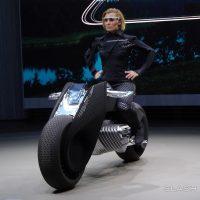 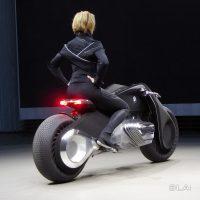 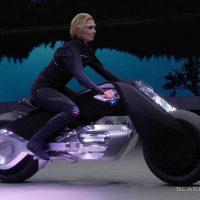 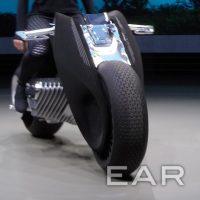 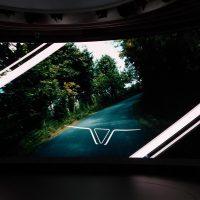 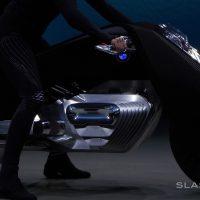 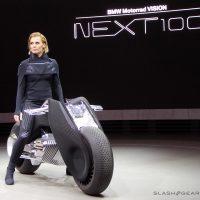 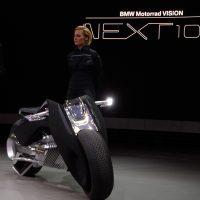 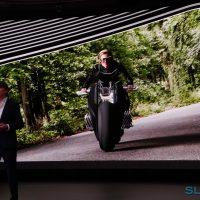 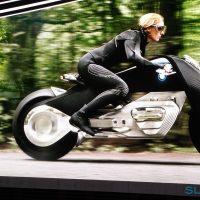 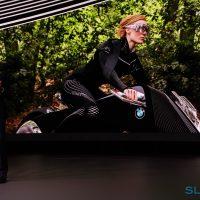 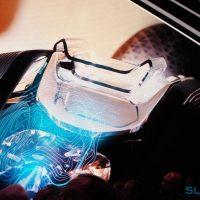 Above you’ll find SlashGear’s photos captured at the BMW event where this bike was first revealed. Below is the first video presented by BMW to show this vehicle to the world.