BMW may be embracing self-driving cars, but it’s not giving up on its “Ultimate Driving Machine” heritage with a new concept coupe that promises a future where both are on offer. The BMW Vision Next 100 helps mark the German automaker’s centenary in 2016, a “highly customized vehicle” which, so BMW says, would be “perfectly tailored” to individual drivers and the various stages of their journey.

Outwardly, it’s clear where some of the Vision Next 100’s inspiration comes from. The general shape is strongly reminiscent of the BMW i8 coupe, though the fared-in wheels and oversized grille have been given an almost filigree finish and jewelry-style detailing.

While it may look like a coupe, in actual fact the BMW concept car is a sedan. The front doors are traditional gullwings, hinging up and out, but the rear doors are even more dramatic, pivoting from the rear pillar like an insect’s carapace.

By doing away with a B-pillar, that gives a huge amount of space to move in and out of the car, but BMW is also playing with the way the driver and passengers occupy the inside. 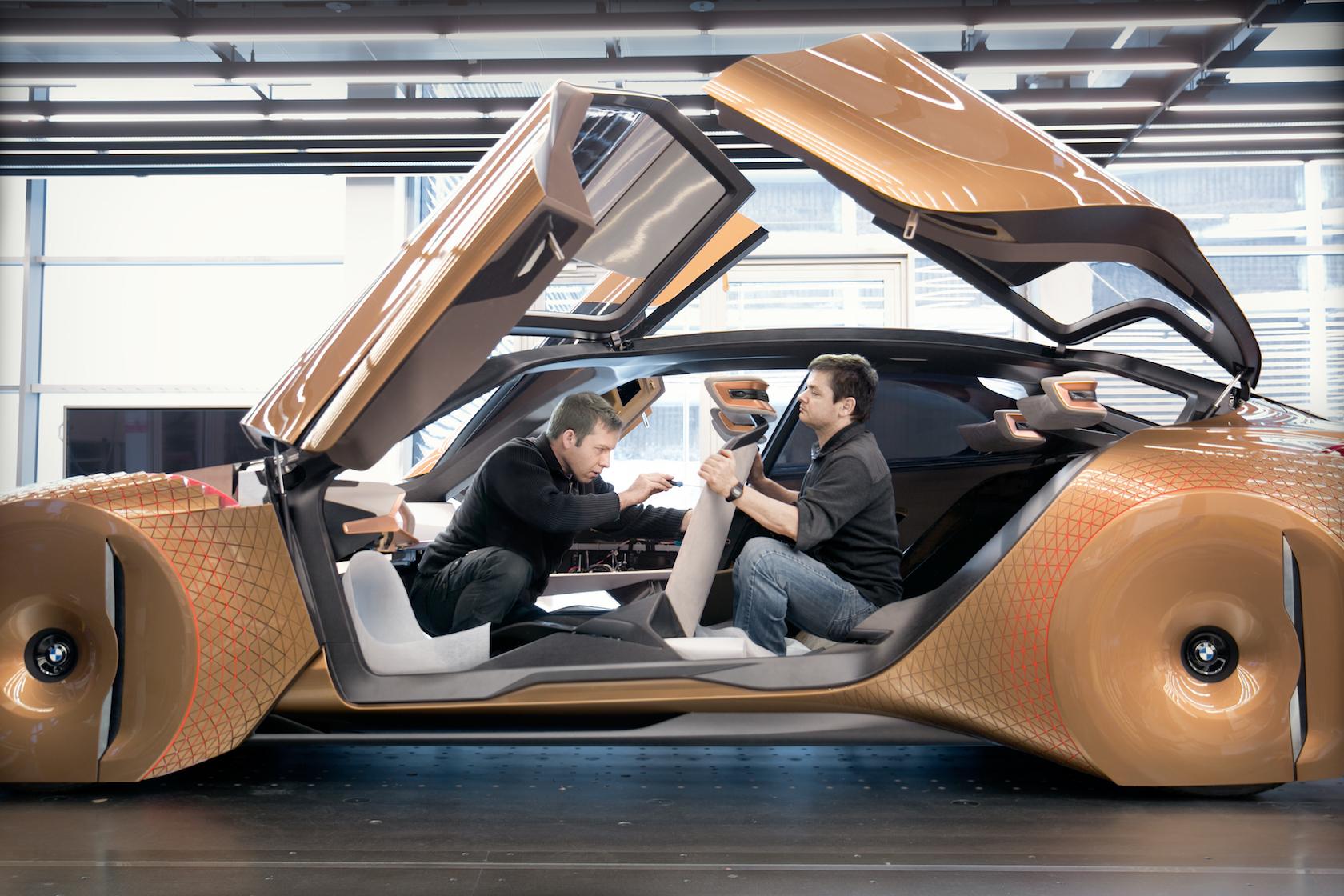 The system has been dubbed “Alive Geometry” and basically involves the interior moving around to suit different driving modes. In “Boost”, for instance, the focus is on driving enjoyment: the Vision Next 100 even indicates the best racing line for the road ahead, along with making suggestions on steering point and speed.

Flip over into “Ease” mode, however, and the car’s intention switches over to taking on the hassles of driving. There’s a marked change in the cabin, with not only the steering wheel but the entire center console retracting, while the headrests turn to the side.

The seats and the door trim merge into a single assembly, allowing those in the front to turn toward each other and hold a conversation while the BMW drives autonomously.

BMW execs conceded last week that the company needed to focus more attention on next-generation assistive technologies, with ambitious targets for increasing employee familiarity with the sort of software systems necessary for an increasingly automated driving world. All the same, the automaker has built a reputation on high-end, premium vehicles which reward the enthusiastic driver, and thus potentially has more to lose from the shift toward self-piloting cars than country-mates and rivals Mercedes-Benz and Audi. 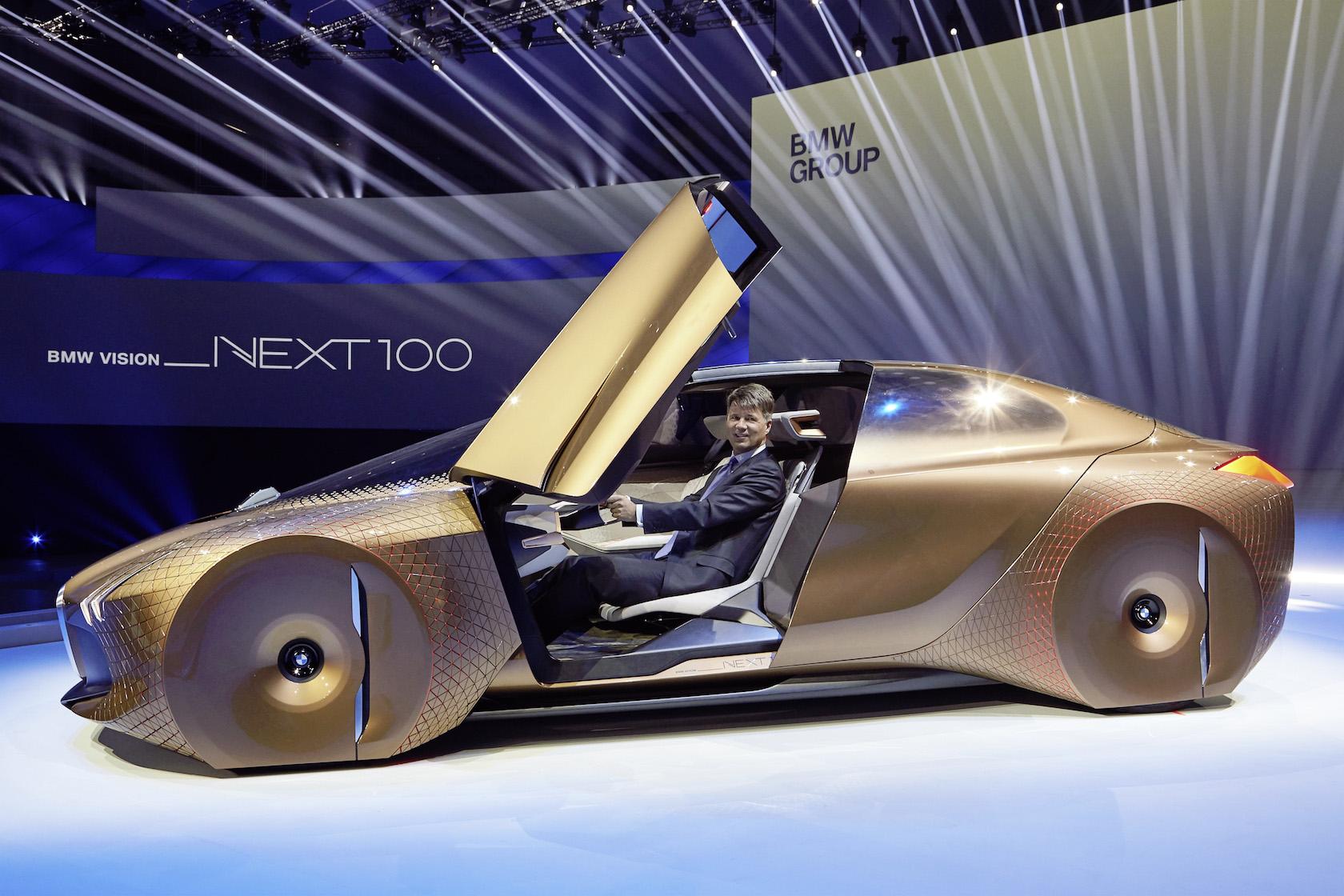 That hasn’t stopped it from investing in such technology, mind. BMW is one of three firms which formed a consortium to acquire HERE last year, in no small part because of the former Nokia subsidiary’s work on digital mapping for autonomous transport.

The idea of a car which changes its interior to suit different driving modes is not a new one. Volvo’s Concept 26 dashboard, for instance, includes both a retracting steering wheel and a revolving touchscreen panel which demarcate the switch between traditional driving and self-driving modes; the company even designed it with production in mind, with the system scaled to fit straight into the existing Scalable Product Architecture used in models like the XC90 and the upcoming S90 sedan. 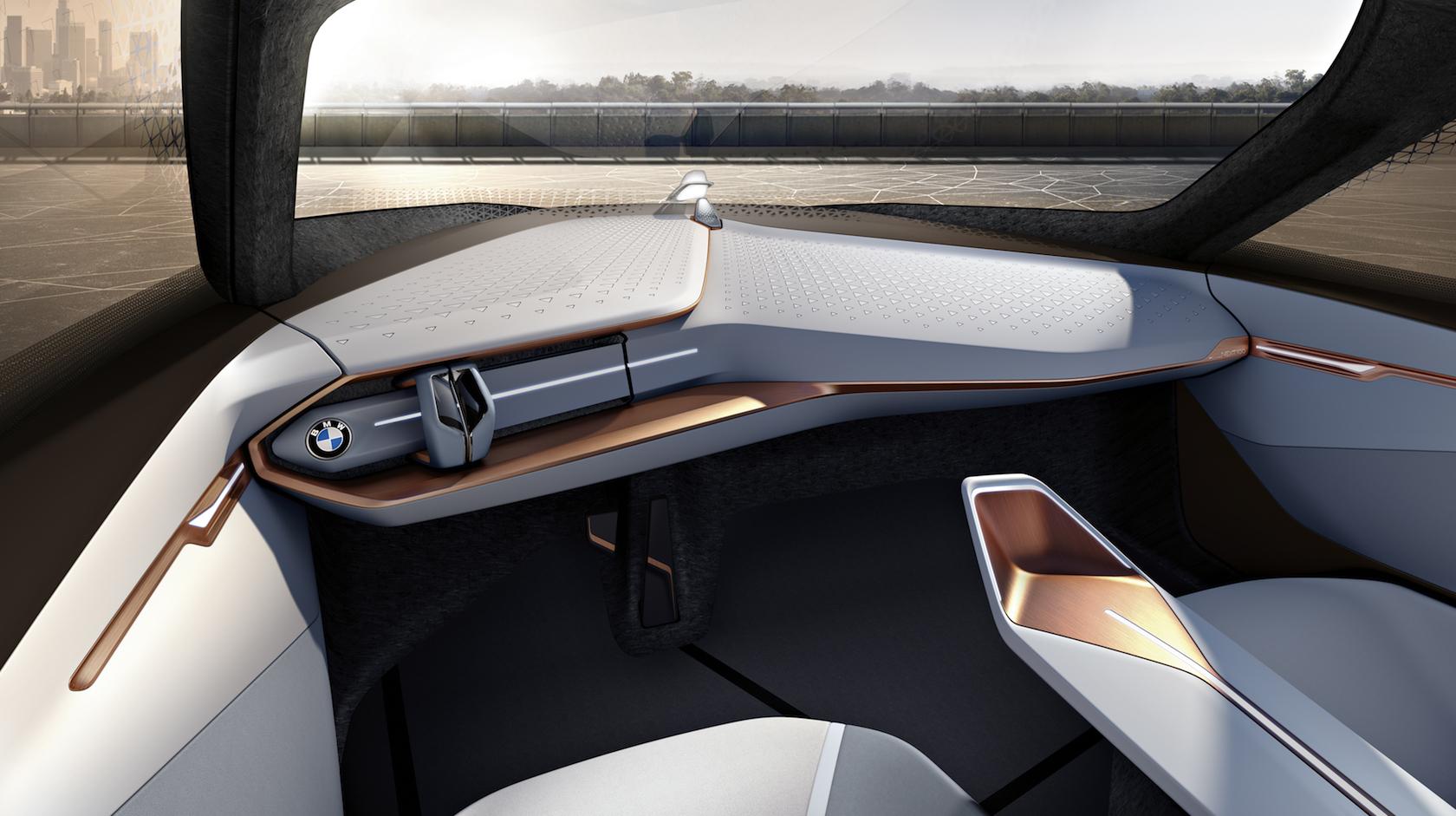 Mercedes’ cabin in the striking F 015 Luxury in Motion concept of last year was even more dramatic, a cavernous space clad in touchscreen displays, within which the front seats could fully rotate to create a lounge-esque room for conversation as the car drove itself.

BMW plans to take the Vision Next 100 on a world tour, including China, the UK, and the USA, where it will be joined by a further three concepts along the way: one from MINI, another from Rolls-Royce, and a final BMW Motorrad car.

“Future mobility will connect every area of people’s lives.” Harald Krüger, Chairman of the Board of Management of BMW AG, said at the unveiling of the centenary concept today. “And that’s where we see new opportunities for premium mobility.”