The BMW 8 Series Coupe is already a pretty striking car, but the automaker aims to make the first examples off the production line even more impressive with a special, limited-run First Edition. Only 400 of the BMW M850i xDrive Coupe First Edition will be made, the automaker says, customized both inside and out over the regular grand tourer.

On the outside, for instance, there’ll be a new BMW Individual paint finish. Dubbed Frozen Barcelona Blue, it’s making its debut on the 8 Series Coupe. BMW has paired it with the BMW Individual High Gloss Shadow Line package, which includes a black finish for the frame and slats of the iconic kidney grille. 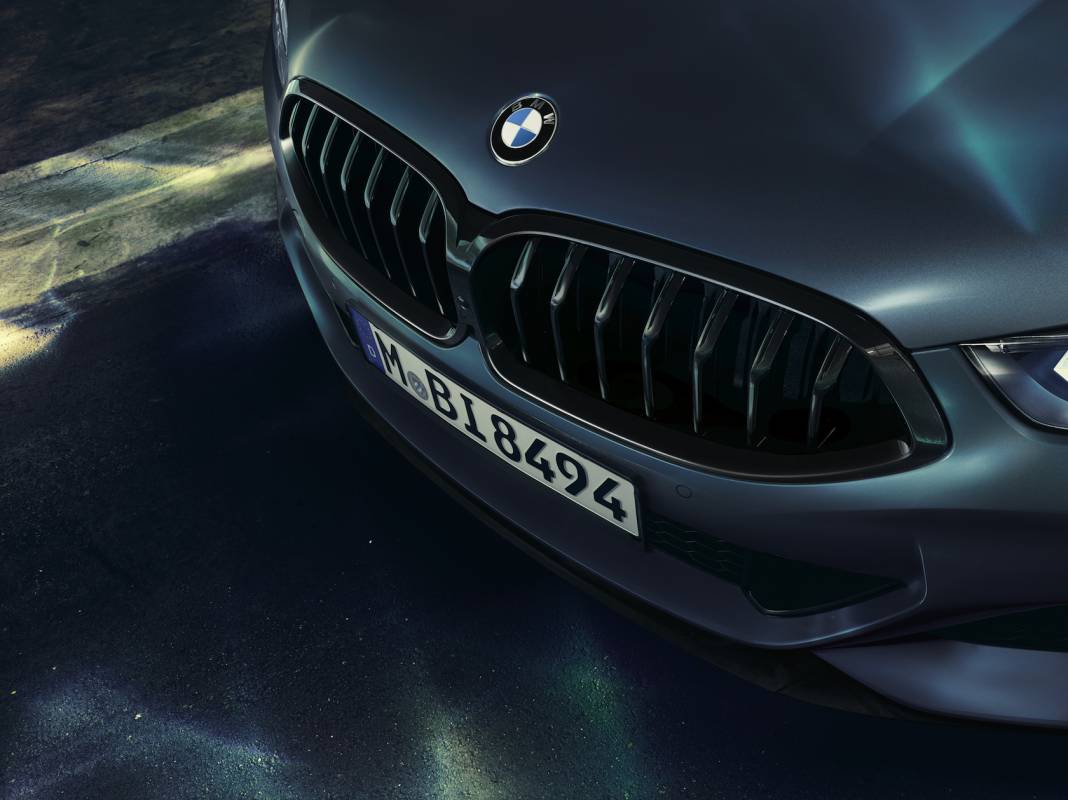 There are matching side window surrounds, air breather application, and tailpipe trims. Jet Black 20-inch M light alloy wheels are included on the First Edition car, with a Y-spoke design. BMW will be offering a number of upgrades for the car, too, including an M Carbon roof and the M Carbon exterior package.

Inside, meanwhile, BMW Individual will also have its way with the M850i xDrive Coupe First Edition. There’ll be the option of full leather trim Merino, in Ivory White and Night Blue. That gets an Alcantara roof liner in Night Blue and a matching M leather-wrapped steering wheel. 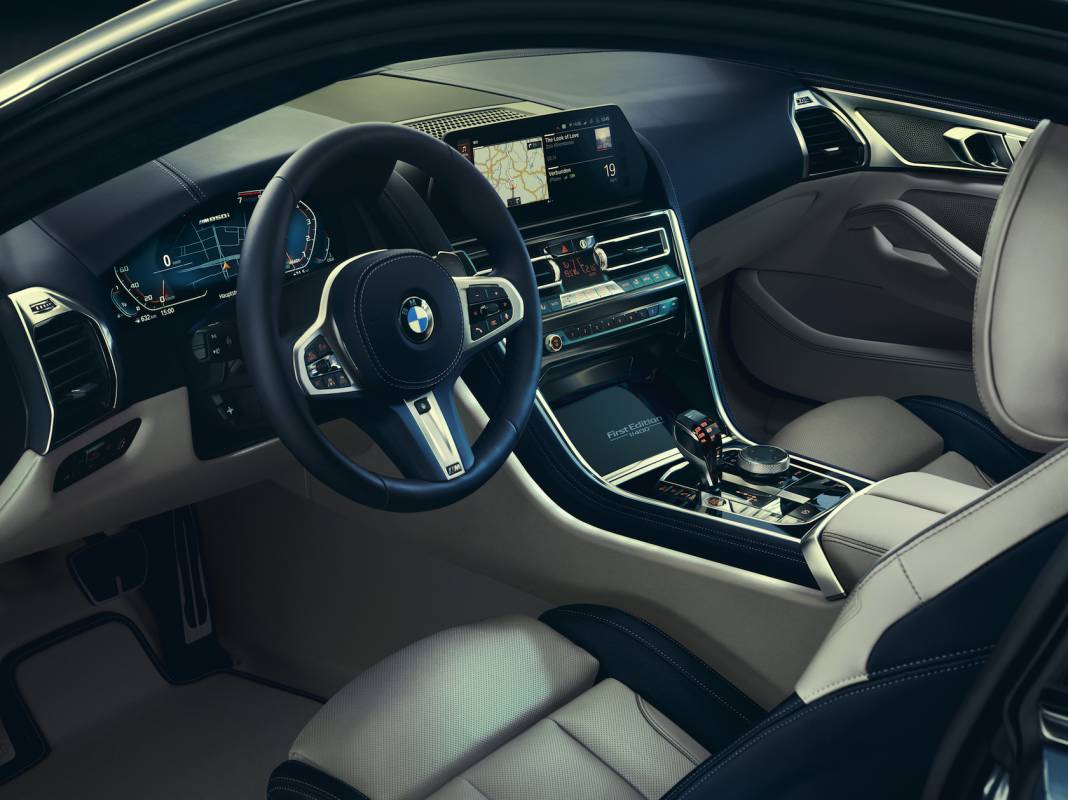 Black Piano trim strips feature on the dashboard, with “First Edition 1/400” badging. Crafted Clarity glass “applications” – effectively glass dial and lever toppers – are featured on the start/stop button, the iDrive Controller, and the volume knob, along with on the gearshift lever. The later is illuminated, too. BMW then throws in the Bowers & Wilkins Diamond Surround Sound System. 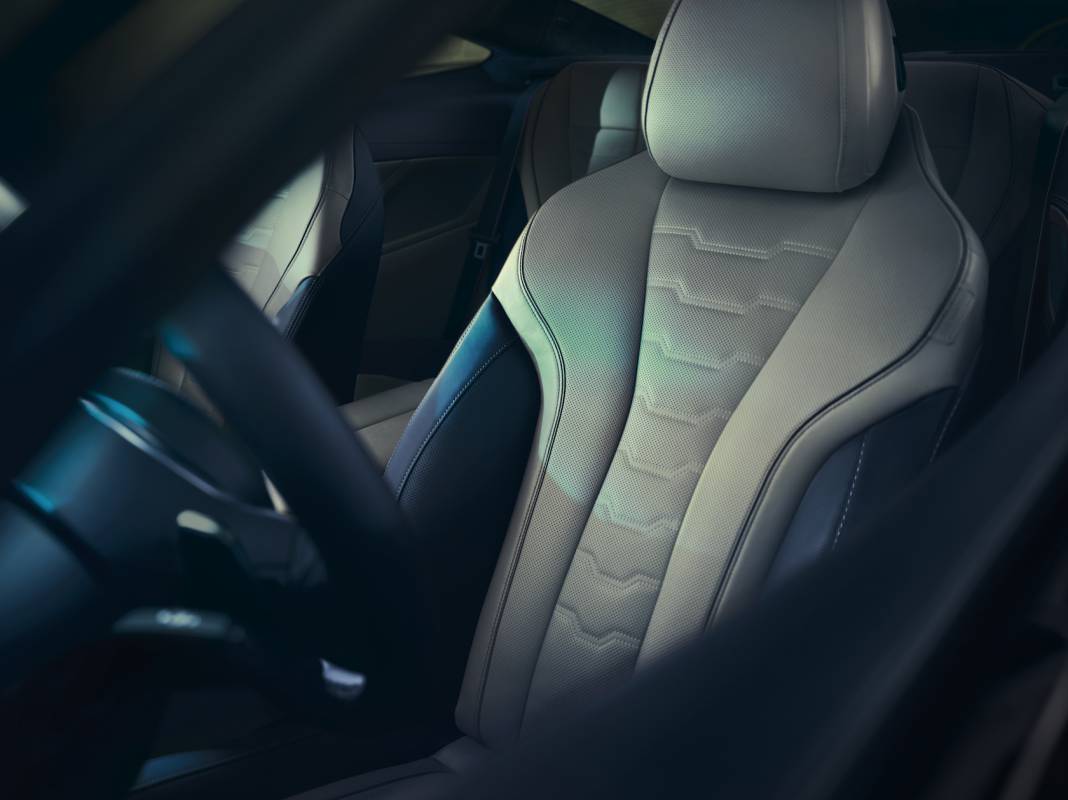 It’s not the first time we’ve seen the new 8 Series used as the starting point for some serious customization. BMW Individual also created the M850i Night Sky, a one-off example of just what the in-house team is capable of. Inspired by meteorites, it actually features the space rock on the dashboard: Muonionalusta meteorite mosaics can be found on the center console, the iDrive and gear selector controls, the door sills, and elsewhere.

Overall, BMW Individual says, it used more than 1.3 pounds of the meteorite in the unique cabin, a process that took several hundred work hours to complete. On the outside, the hand-painted two-tone exterior combines San Marino blue and black uni, with tinsel and bronze pigments featured in some of the clear coat layers. 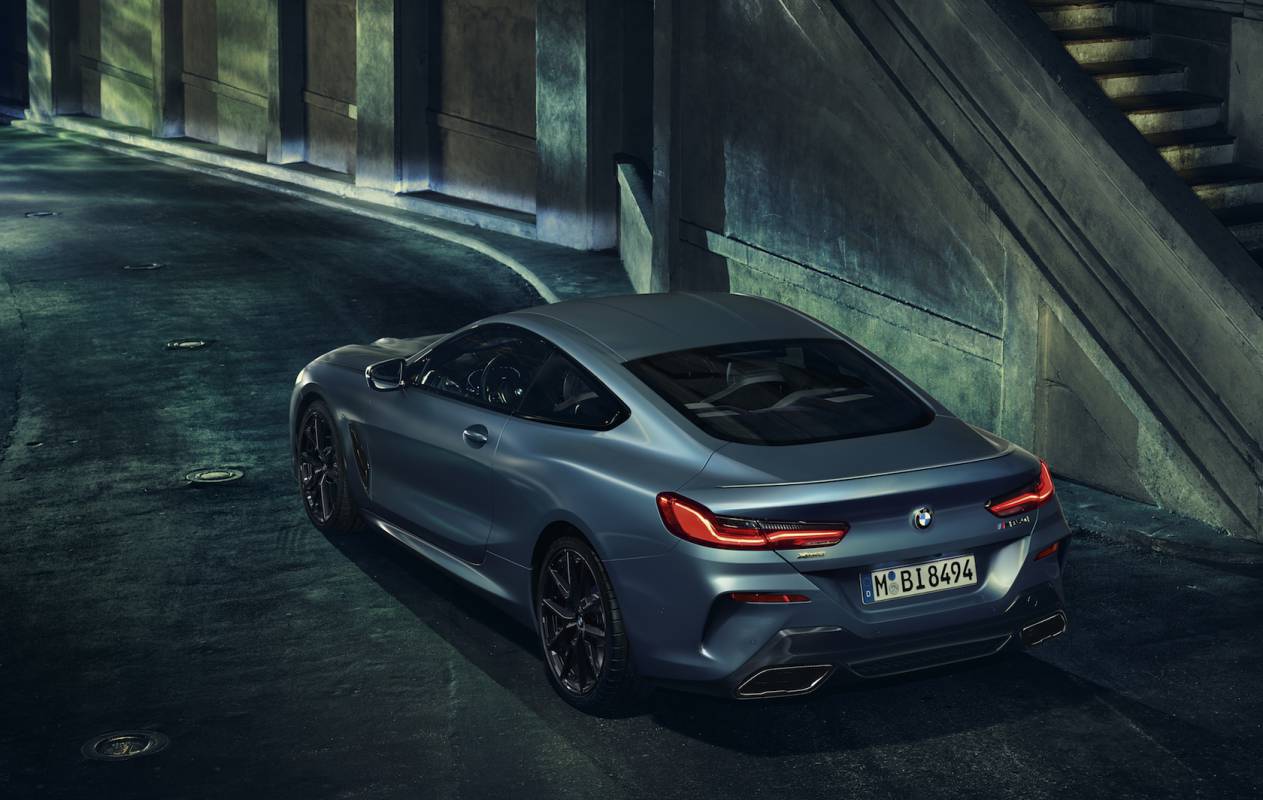 While the BMW M850i Night Sky was a one-off, the M850i xDrive Coupe First Edition will be a little more attainable – though only just. Sales of the car, pricing yet to be confirmed, will begin in spring 2019.