Get ready for the next-generation BMW dashboard, with the automaker revealing BMW iDrive 8, the newest iteration of its infotainment system. Previewed earlier this year, and set to debut on the upcoming BMW iX and i4 all-electric cars, iDrive 8 will bring bigger and more cohesive displays, a paring-back of physical buttons, and a gateway into eventual autonomy as the maker of “The Ultimate Driving Machine” navigates its way through a driverless future.

Self-driving cars, of course, are still years away from being something you can stroll up to your nearest BMW dealer and slap down an AMEX for. Still, that’s not to say that the cabin of a current BMW is necessarily beyond improvement. At a time when most rivals have been trimming the number of dedicated buttons and switches on their dashboards, BMW has resolutely stuck to its strategy of more-is-more. 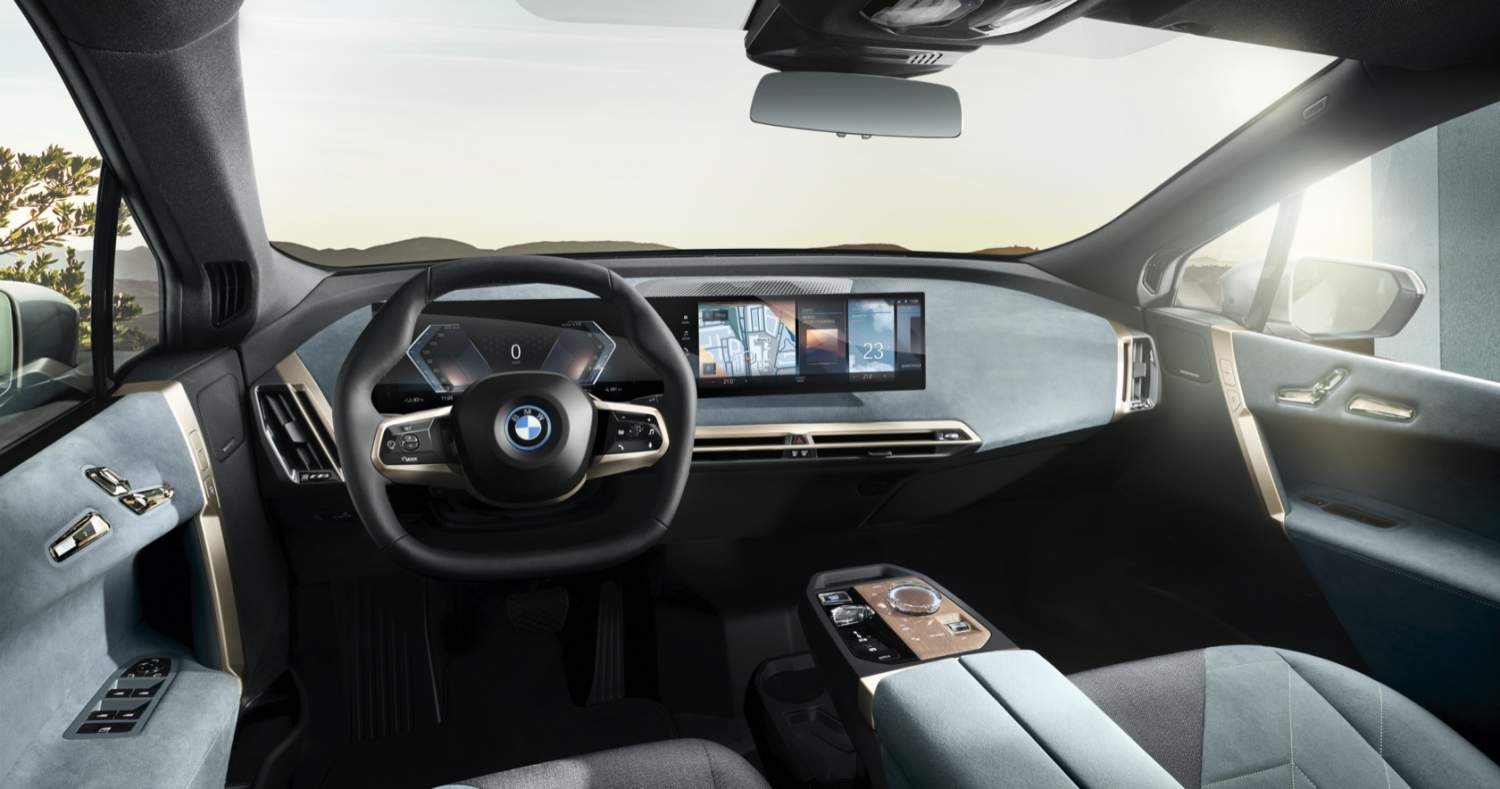 BMW iDrive 8 will address that, though the automaker hopes without going too far in the opposite direction. Key will be the BMW Curved Display, combining a 12.3-inch high-resolution driver information panel for the gauges, and a 14.9-inch control touchscreen for the multimedia and navigation behind a gently curved slab of anti-reflective glass. It’s angled toward the driver, though still accessible for the front passenger. 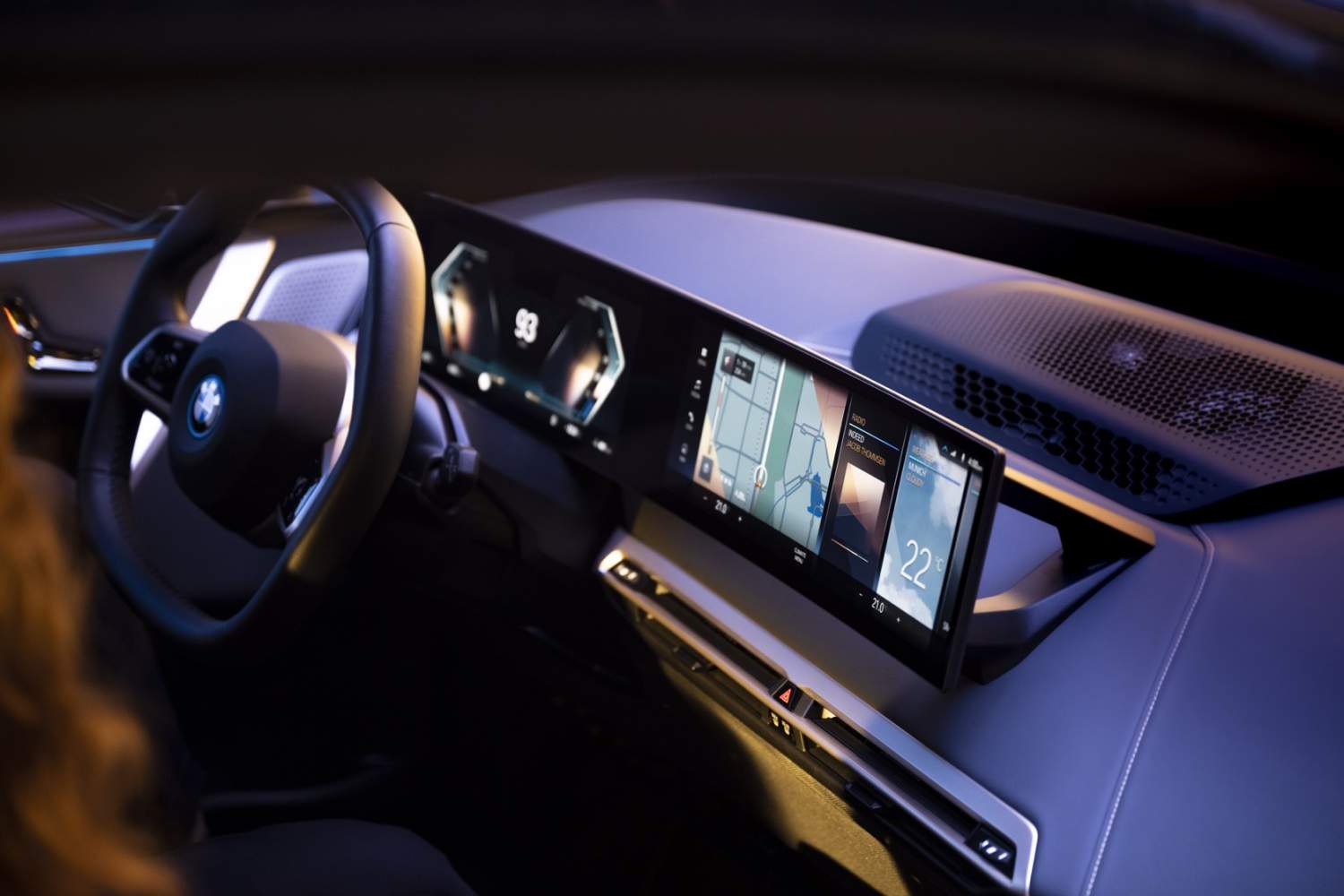 A head-up display will be optional, and more discrete within the dashboard cowl. In the center console, meanwhile, is the familiar iDrive Controller, BMW’s combination joystick and jog dial. For the BMW iX SUV, there’ll be a glass-effect touchpad controller too, with active haptic inputs delineating the various shortcut areas, along with buttons and rocker switches for volume, seat adjustment, transmission, and more. 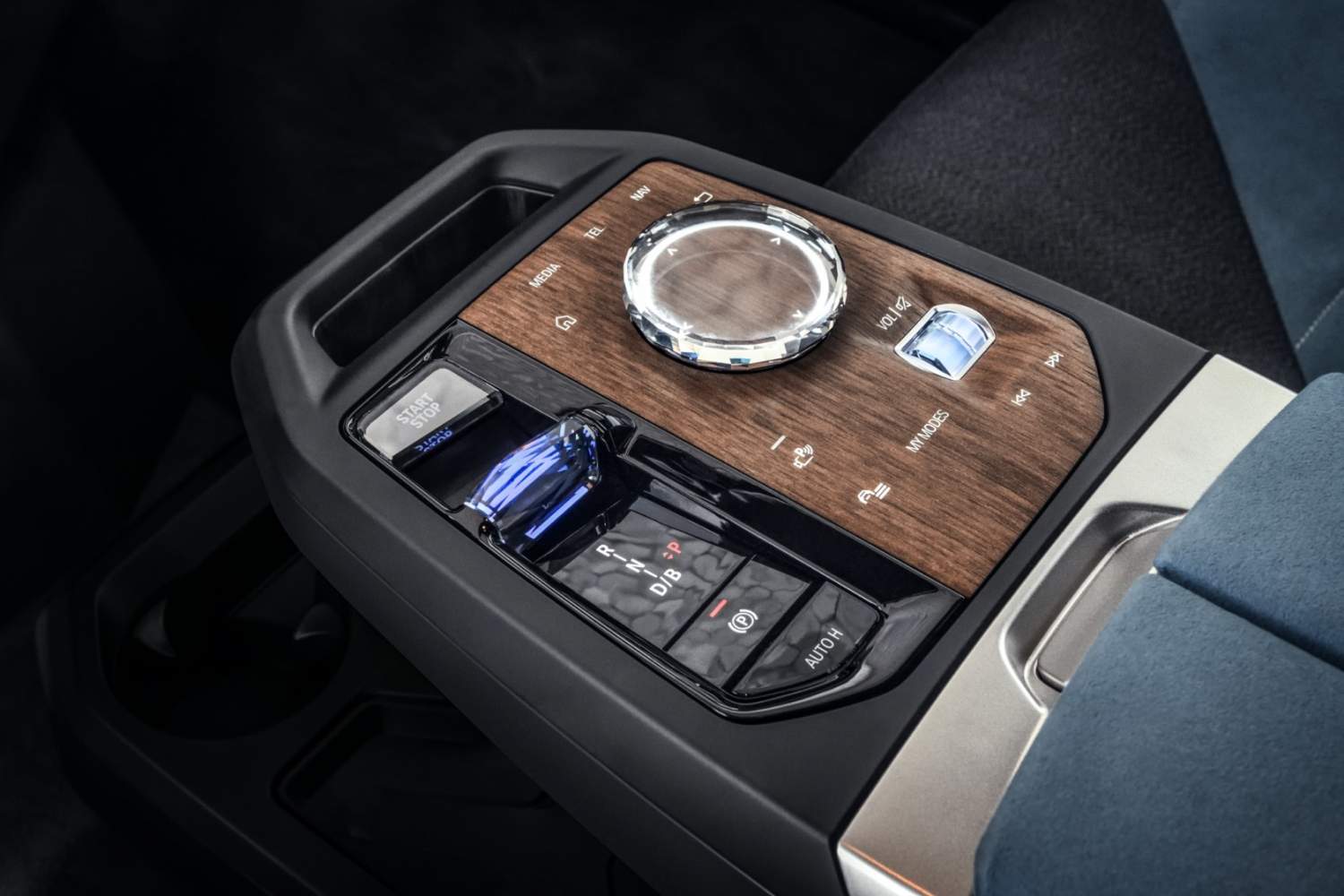 Of course, the key isn’t so much the hardware as the software. There, BMW is breaking things down into what it’s referring to as “the Act, Locate, and Inform principle” to help deliver information without distraction. The head-up display, for example, is kept for “Act” data, just-in-time delivery of navigation instructions or lane positioning, for example. “Locate,” meanwhile, refers to things like the more detailed map being shown on the gauge display. For “Inform,” it’s broader overview data about the trip at hand in the center screen. 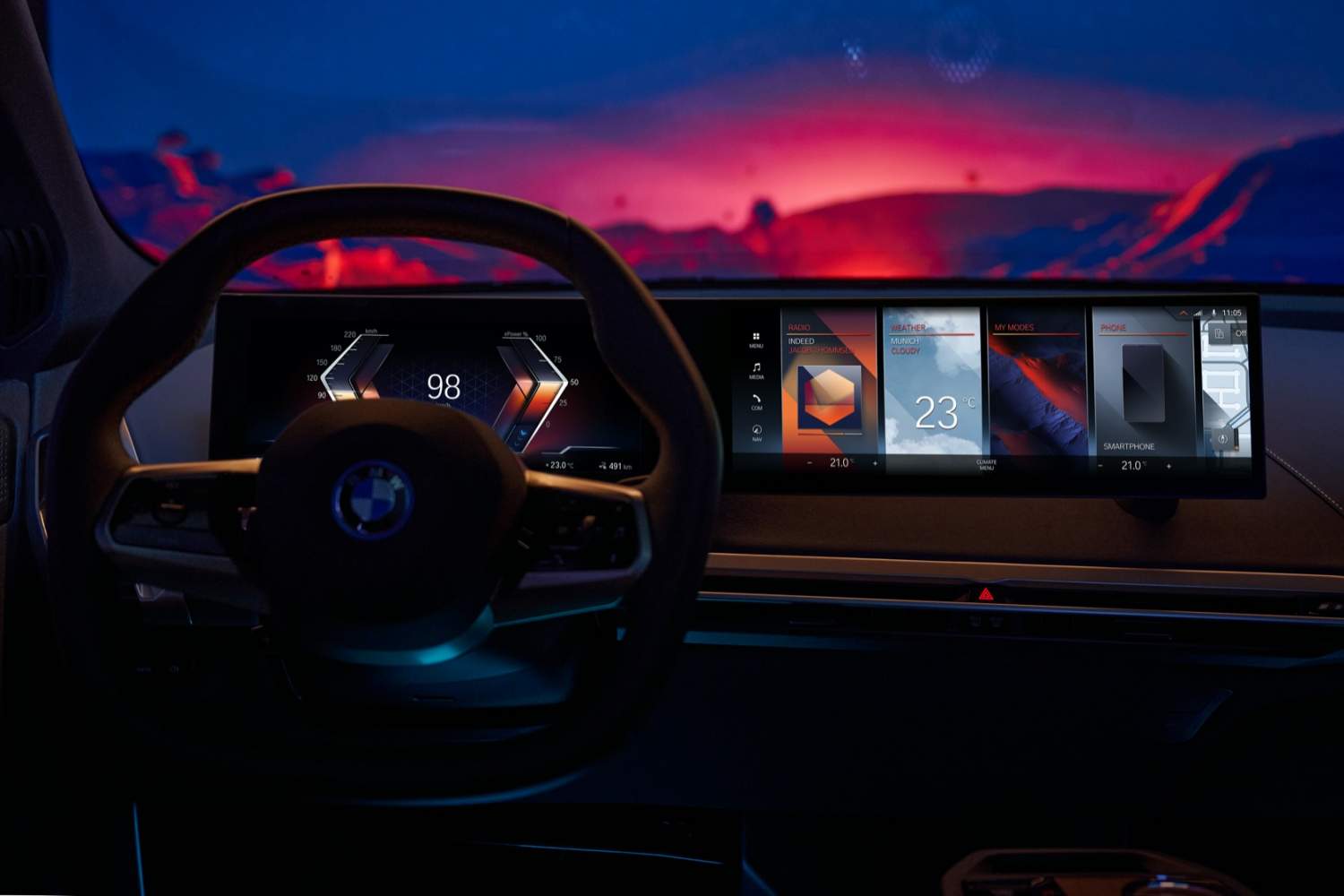 BMW’s menu structure has been cleaned up, with three layouts – Drive, Focus, and Gallery – which vary the amount of information shown. Each will have a “calm” mode, reducing them down to just showing vehicle speed. Widgets – such as for media, navigation, driver-assistance, G-force, and EV range – are available, and can be adjusted horizontally. They also act as shortcuts to the most commonly-used features, such as selecting a suggested navigation destination, or calling a frequently-used contact. 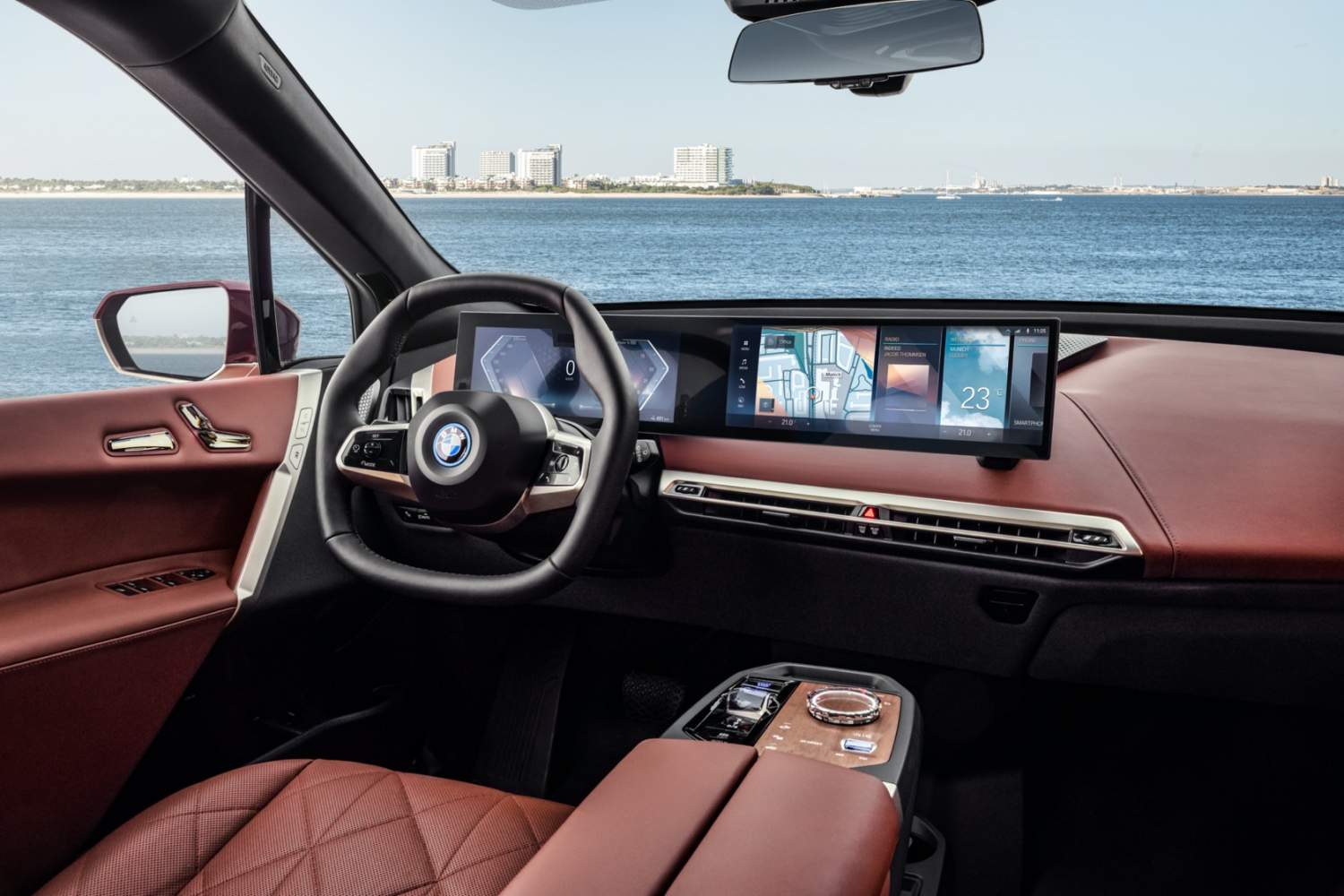 There’ll also be three different levels for the navigation, from Adaptive which shows ad-hoc details on the route, Reduced which trims it down to the essentials, to Expanded which unlocks the full information. A fast-access menu can be summoned with shortcuts to the most commonly used features such as media presets, navigation directions, phone numbers, and links to submenus. 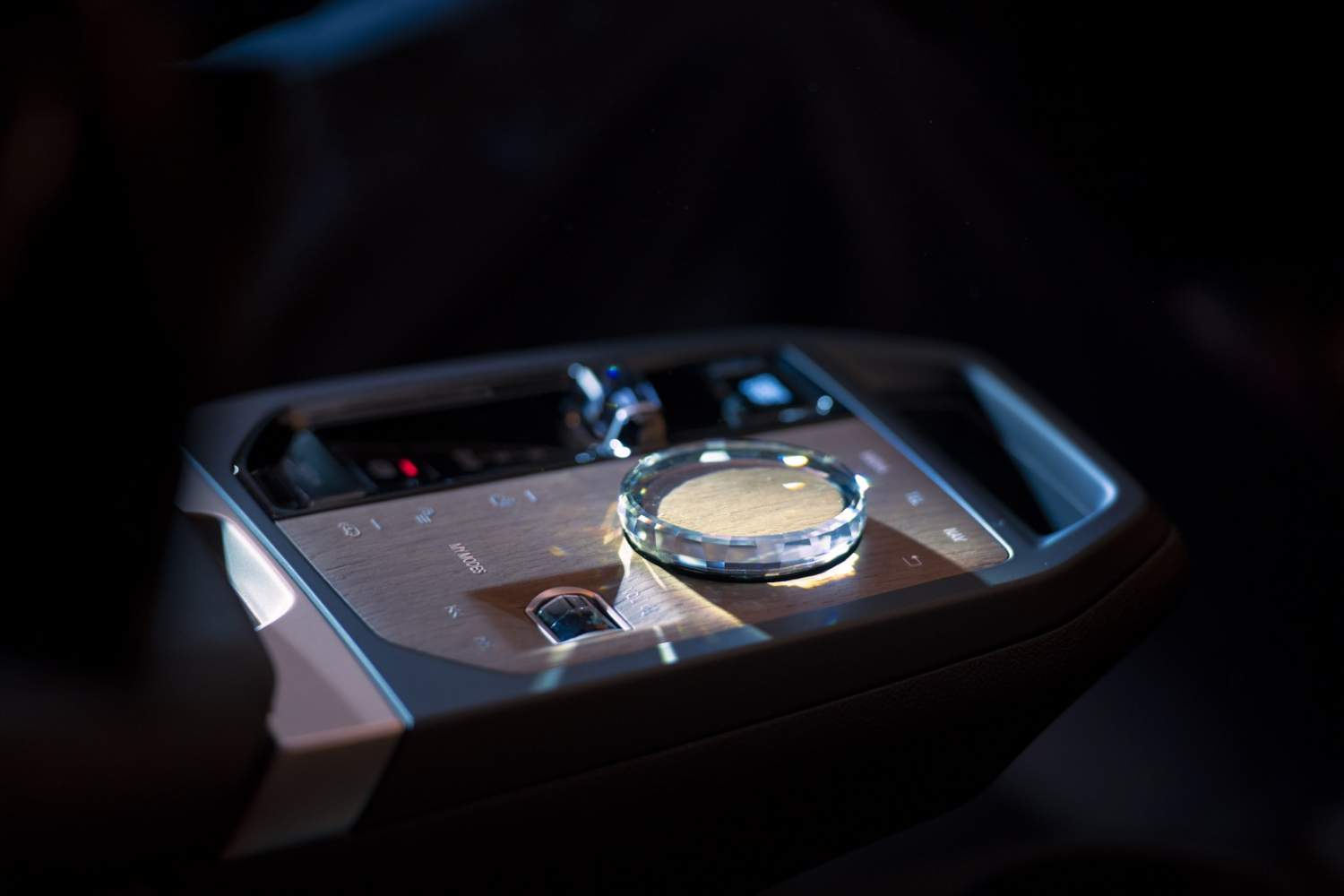 You’d be forgiven for thinking it sounded fairly complex, but BMW is hoping that its voice control system – dubbed the BMW Intelligent Personal Assistant – will cut through all that. It’ll support natural language interactions, but also be able to mimic gestures with its own onscreen animations. More data on the backend, meanwhile, will allow it to answer more questions – such as about points of interest or parking at a destination – and do more in the vehicle itself, like adjust HVAC, ambient lighting, multimedia, the power windows, switch between drive modes, and more. 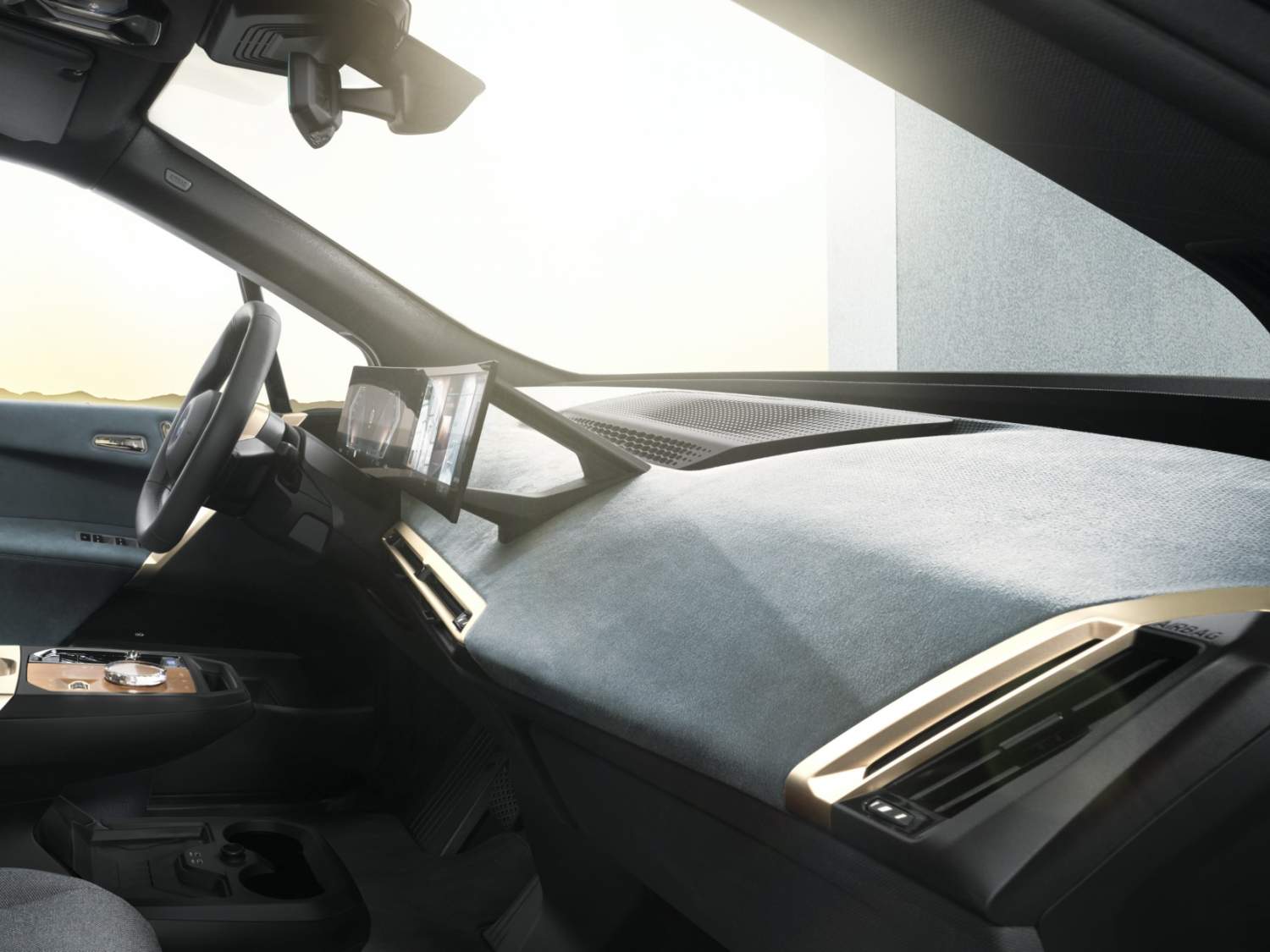 Underpinning it all will be the connected car. Using ultra-wideband (UWB), for example, a new UWB key fob or compatible smartphone-as-key will identify the driver as they approach and load their personal presets. Those configurations can be shared between vehicles, too, with a BMW ID, and an embedded data connection – 5G in the iX – can also be used for OTA (over-the-air) software updates.

The same connection will be used for BMW Maps, with HERE-powered live traffic data, and the option to have proactive navigation suggestions based on vehicle status. If you’re running low on EV battery in the iX or i4, for example, iDrive 8 can locate and suggest charger stations along the route. The same will be true for internal-combustion vehicles, with gas stations highlighted. Even the weather will help shape iDrive 8’s actions, with BMW using intelligent climate control to adjust the HVAC settings proactively. 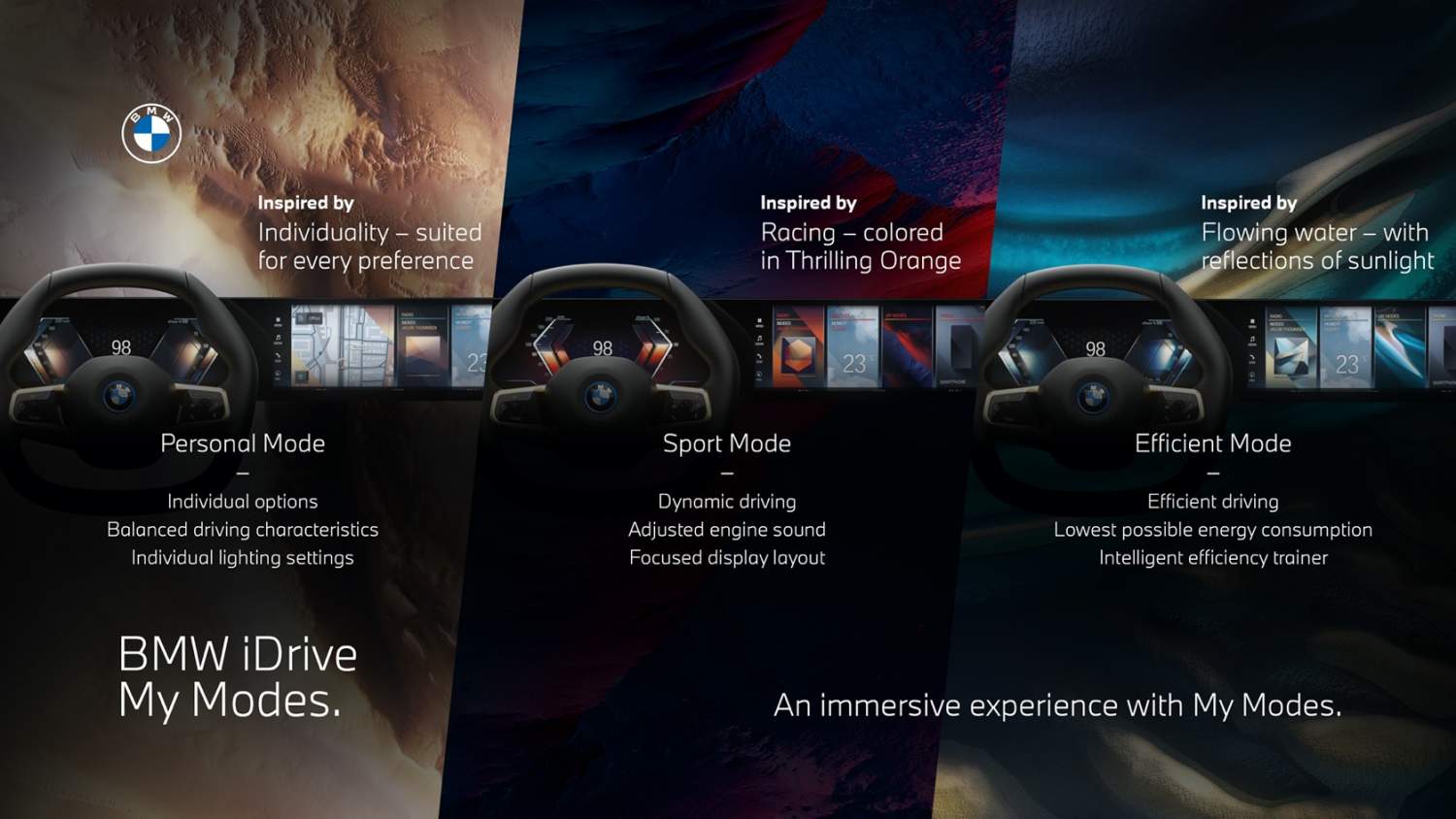 Finally, there’ll be a replacement for the usual BMW drive modes. BMW My Modes in iDrive 8 will include not only performance settings – like engine throttle and transmission control, steering characteristics and chassis settings – but ambient lighting, drivetrain sound, and display layout. There’ll be Efficient, Sport, and Personal modes initially, the latter offering customizable settings, with BMW promising more over time via OTA updates. 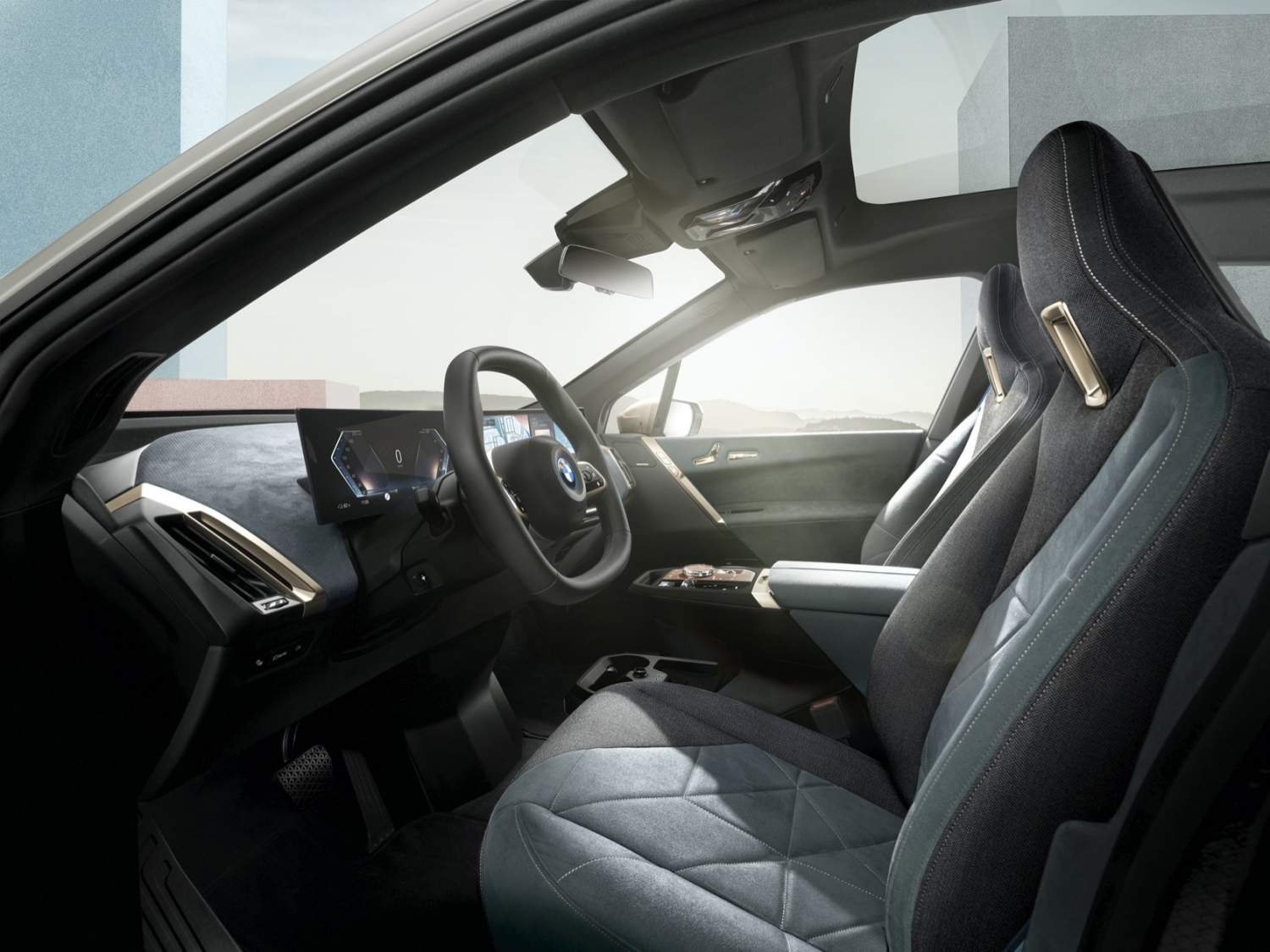 Underpinning it all will be a new centralized architecture with gigabit ethernet linking everything together. It will mean up to 30 Gbit per second interconnects, 10-20x faster than current BMW systems can communicate. BMW will use that with the 40+ sensors on the new cars that are tapped for driver-assistance systems, initially for Level 2 style adaptive cruise control and lane-keeping but, over time, more advanced autonomous-style features. Exactly when that will happen, however, BMW isn’t saying.

As for BMW iDrive 8, that will debut later this year in the 2022 BMW iX, the automaker’s all-electric SUV.