BMW i Flagship Store opened in London with full showroom

This week if you’re anywhere near the greater London area you’re going to want to head on down to BMW’s brand new Flagship i Store. This lovely viewing room of a store contains nothing less than the i3 city car and the i8 hybrid grand tourer as well. Though the i3 isn’t due to come out until next year and the i4 wont be available until 2014, BMW is using the massive opportunity that is the 2012 Summer Olympics to gain massive views on their next-level wares through the next few weeks at least.

It’s the BMW i3 that will likely get the most attention in the weeks ahead as it nears reality for the lucky few who will pick one up. This lovely beast has a near identical look to it when compared to the Frankfurt Motor Show showing of the vehicle on the outside while the innards have gone through some substantial changes indeed. BMW notes that all of the materials used in the cabin of the i3, eucalyptus to leather, come from sustainable outlets making this as “green” as they want to market it as. 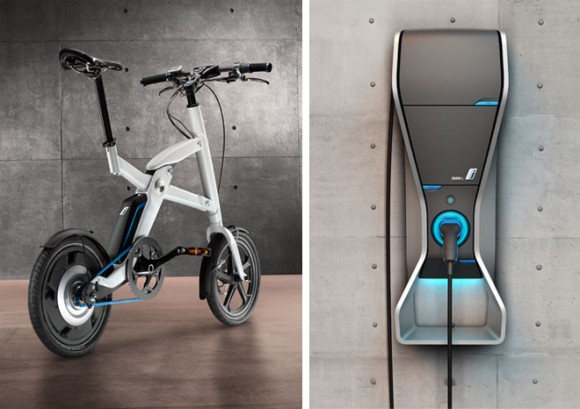 Along with the i vehicle lineup BMW is bringing on some cool new smaller products to the in-store stage. One of these units is the Pedelec electric scooter that’s got power enough for 30 miles on one charge. Another product in the store is BMW’s own i Wallbox, made specifically for i range electric products. In addition to the store, BMW is planning a “Born Electric” tour of product showings starting in Rome, heading up and over to Japan, moving through the USA, and ending up in London in 2013.

Stay tuned for BMW’s electric wave as it sweeps over us all!