Very recent natural disasters have again shown the need for emergency power that is not only environment-friendly but also safe for use. Fuel-powered generators are a dime a dozen, of course, but consumers should be aware by now of the dangers these power sources pose. A good number of portable power stations have popped up left and right in the past few years, but Bluetti’s new AC300 makes one of the most interesting propositions. Backed by B300 battery modules, the power station mixes power and portability in a distinctly modular design and is now finally available for purchase to keep the lights on in the event of another hard-hitting hurricane.

A solar generator, sometimes called a portable power station, has none of the dangers posed by its gas-powered ancestors. Beyond just the noise-less operation, these battery-powered generators don’t emit toxic carbon monoxide, making them safe to operate inside the house or in enclosed spaces. The LiFePo batteries inside are also considered one of the safest and long-lasting types of batteries, the same type the powers electric vehicles today. 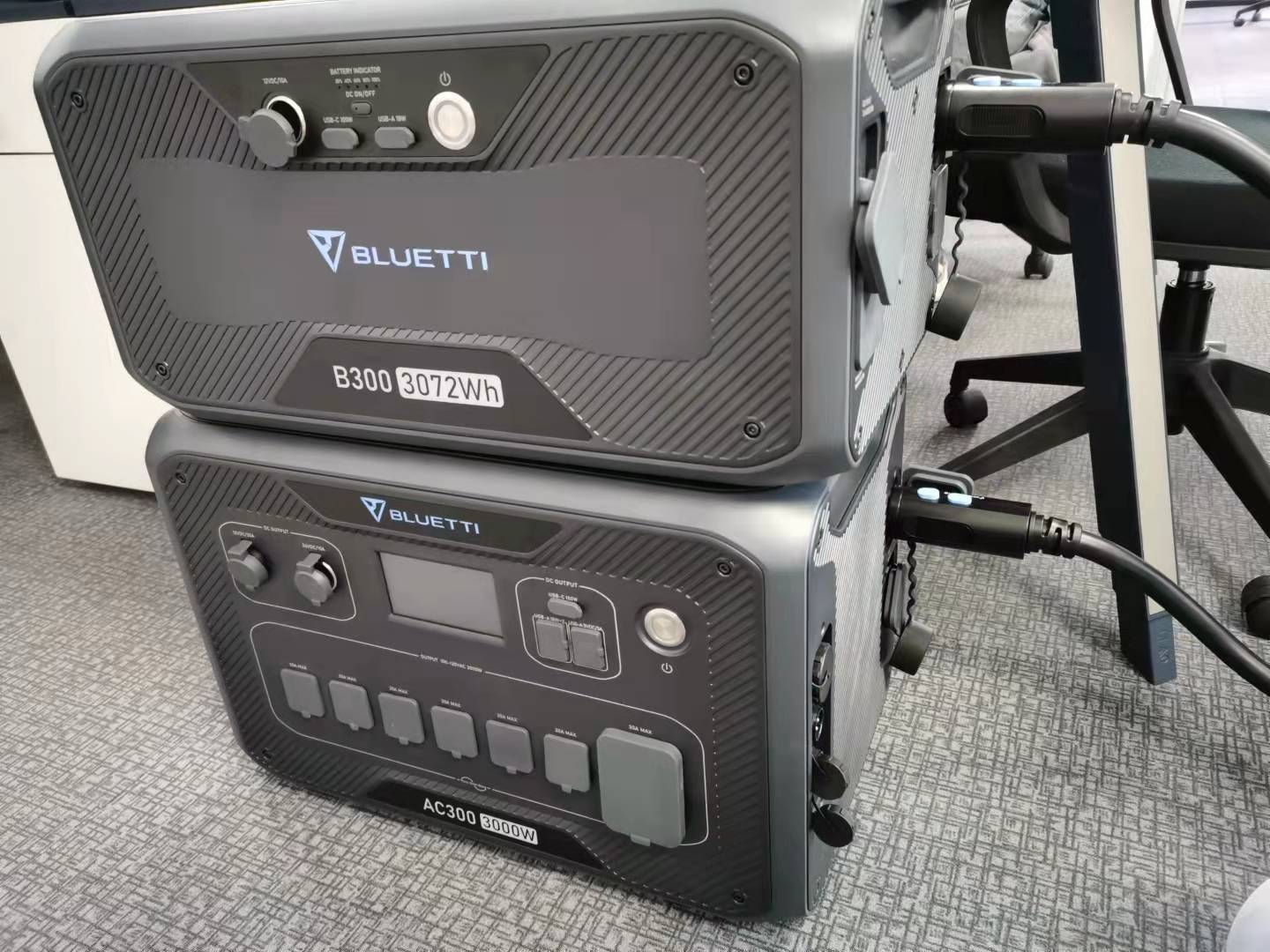 It was only last July when Bluetti unveiled the modular AC300 and AC200 MAX systems, both revolving around the idea of expanding battery capacity through individual battery modules you can purchase separately as needed. The idea is that you decide how much power you need to get started and grow the setup only when your needs grow as well. This not only saves you money but also makes it easier to move the batteries around since you only carry the modules that you need and not as a large, heavy single system.

Unlike the AC200 MAX that launched last month, the Bluetti AC300 itself doesn’t come with its own battery, and you’ll have to purchase a B300 battery module for it to actually work. What it lacks in built-in power, however, it makes up for in capability and flexibility. For one, it offers a lot more ports and outlets to power almost anything you can plug into it. It also boasts a 3,000W pure sine wave inverter to make short work of AC appliances. 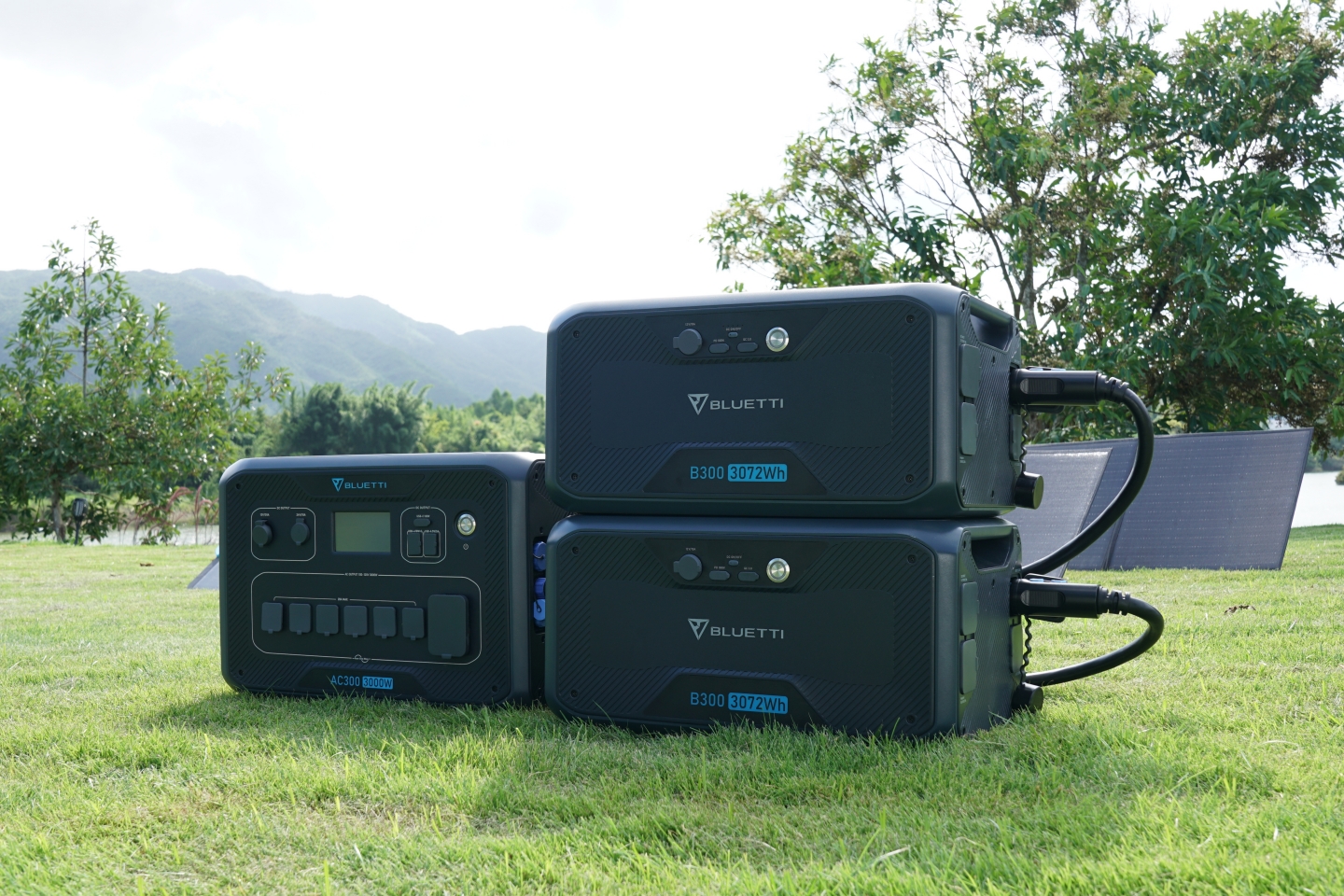 The new B300 battery modules deliver the AC300’s much-needed power, each with a 3,072Wh capacity. With a maximum of four modules per unit, a single full AC300 configuration can offer as much as 12,288Wh of power, enough for almost all your energy needs. If that still isn’t enough, you can combine two solar power stations with the Bluetti Fusion Box Pro for a whopping 24.6kWh of power for your entire home.

Part of the appeal of these portable power generators is their eco-friendly operation, not just in their use but also in the way they charge. Unsurprisingly, Bluetti is heavily advertising the solar power charging option that allows the AC300 to receive 2,400W of power via MPPT solar panels. Of course, you can also charge the batteries through direct AC and can even combine both charging methods for a total of 5400W of power input. 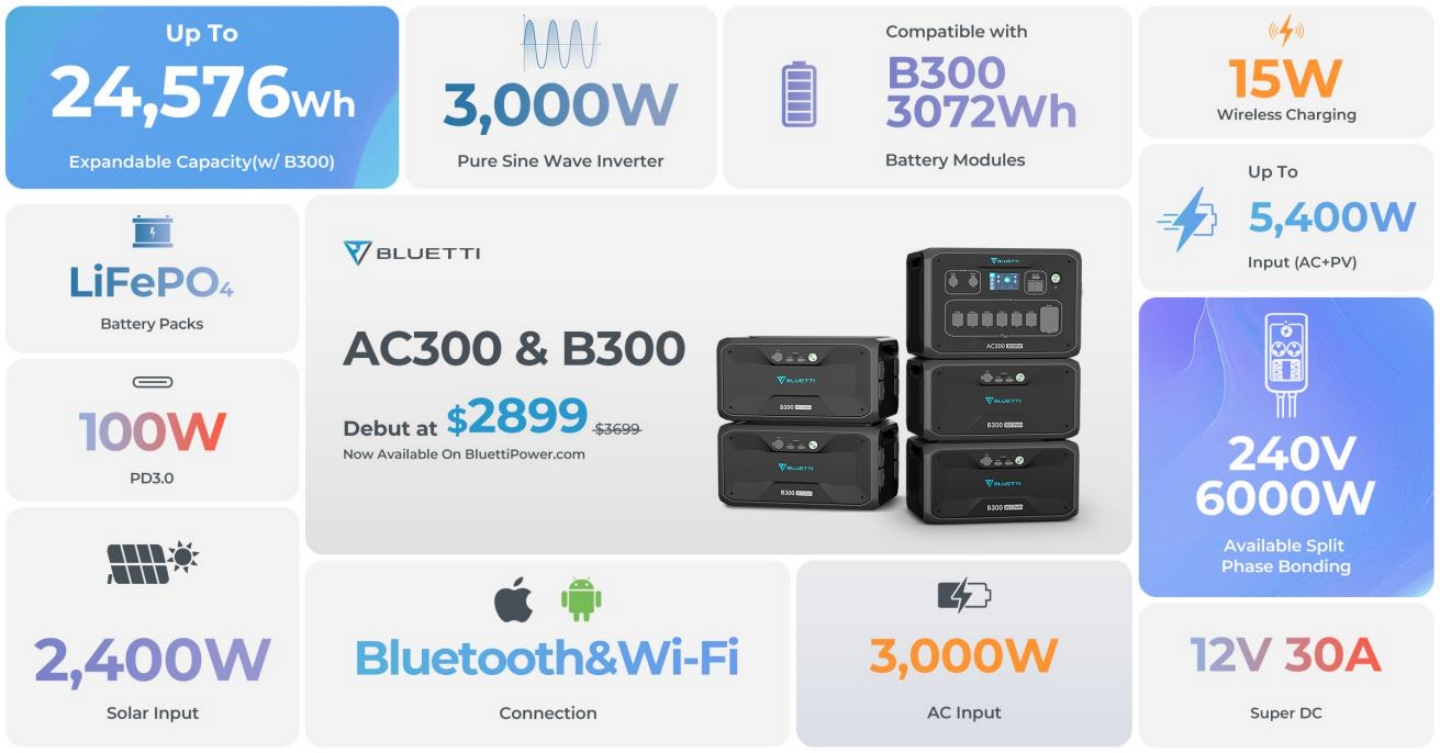 After more than two months of waiting, the AC300 Portable Solar Power Station and B300 Battery Modules are finally available for purchase and at discounted prices to boot! A single pair would normally cost $3,699 but is now discounted at $2,899 while limited supplies last. An AC300 with two B300 modules starts at $3,648, a massive $850 savings from the original $4,498 price tag. Of course, Bluetti has offers that bundle the needed solar panels for a completely green power source. And in case you missed their debut last month, the AC200 MAX and B230 are once again back in stock, in case you need a standalone option that starts at $1,799 (for the AC200 MAX only).