Blue Origin may be embroiled in a contentious legal battle with NASA over the Artemis lunar lander contract, but that’s not stopping Jeff Bezos’ rocket company from scheduling its next launch. August 25 will see New Shepard blast off early in the morning for its 17th mission, and there’ll be NASA Moon tech clinging to the outside of the booster on the way.

It’ll actually be the second flight for the NASA lunar landing technology demonstration, as part of Blue Origin’s Tipping Point partnership with the US agency’s Space Technology Mission Directorate. NS-17’s payload is designed to test out new capabilities of the Navigation Doppler Lidar and the Descent Landing Computer.

They’re the systems intended to help NASA astronauts figure out a spacecraft’s location, and its speed, as it descends to the surface of the Moon. The hope is that, with such technology onboard, future missions – whether they’re crewed or robotic – will be able to unlock a broader range of potential landing sites. For example, the sort of crater-punctuated terrain that precluded the Apollo missions from landing could be opened up with these new systems. 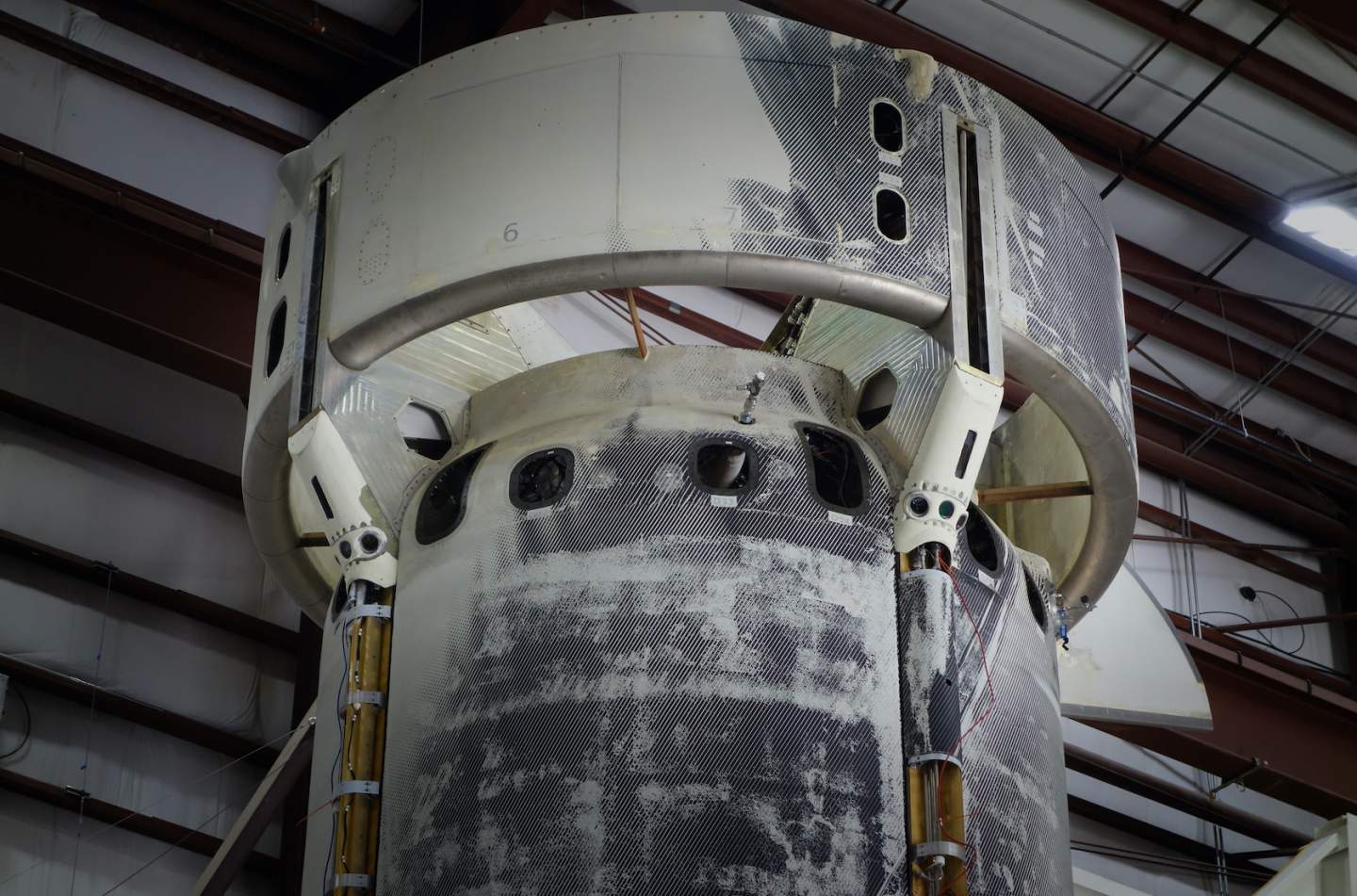 Blue Origin flew the tech demonstration for the first time in October last year, the first time a payload was mounted on the exterior of a New Shepard booster.

It won’t be the only intriguing cargo onboard NS-17, mind. Carthage College’s Modal Propellant Gauging Experiment aims to demonstrate a new way of figuring out how much fuel is left in spacecraft tanks, even in microgravity environments.

Similar, the Southwest Research Institute’s Liquid Acquisition Device (LAD-3) explores how liquid/vapor interfaces behave in microgravity situations. That could also be applied to propellant storage and management. It’s the third flight for the experiment, having been modified after previous trips, looking at bubble movement.

NASA’s Kennedy Space Center, meanwhile, has its Orbital Syngas / Commodity Augmentation Reactor – or OSCAR – onboard NS-17. Another second experiment launch, OSCAR having flown on NS-12, it looks at how spaceflight waste products could be turned into more useful resources. Trash, for instance, could be converted into steam or oxygen.

The University of Florida’s Biological Imaging in Support of Suborbital Science is the fourth big experiment onboard NS-17. It will use FLEX fluorescence imaging to do more precise biological research, intended to take advantage of suborbital conditions.

Finally, and most unusual, New Shepard’s most striking payload isn’t about science at all. Instead, Suborbital Tryptych is a piece of art by Ghanaian creator Amoako Boafo. The three portraits – showing the artist, his mother, and a friend’s mother – have been completed on the main chute covers, atop the crew capsule. “The artwork is part ofUplift Aerospace’sUplift Art Program,” Blue Origin says, “whose purpose is to inspire new ideas and generate dialog by making space accessible and connected to the human experience.” 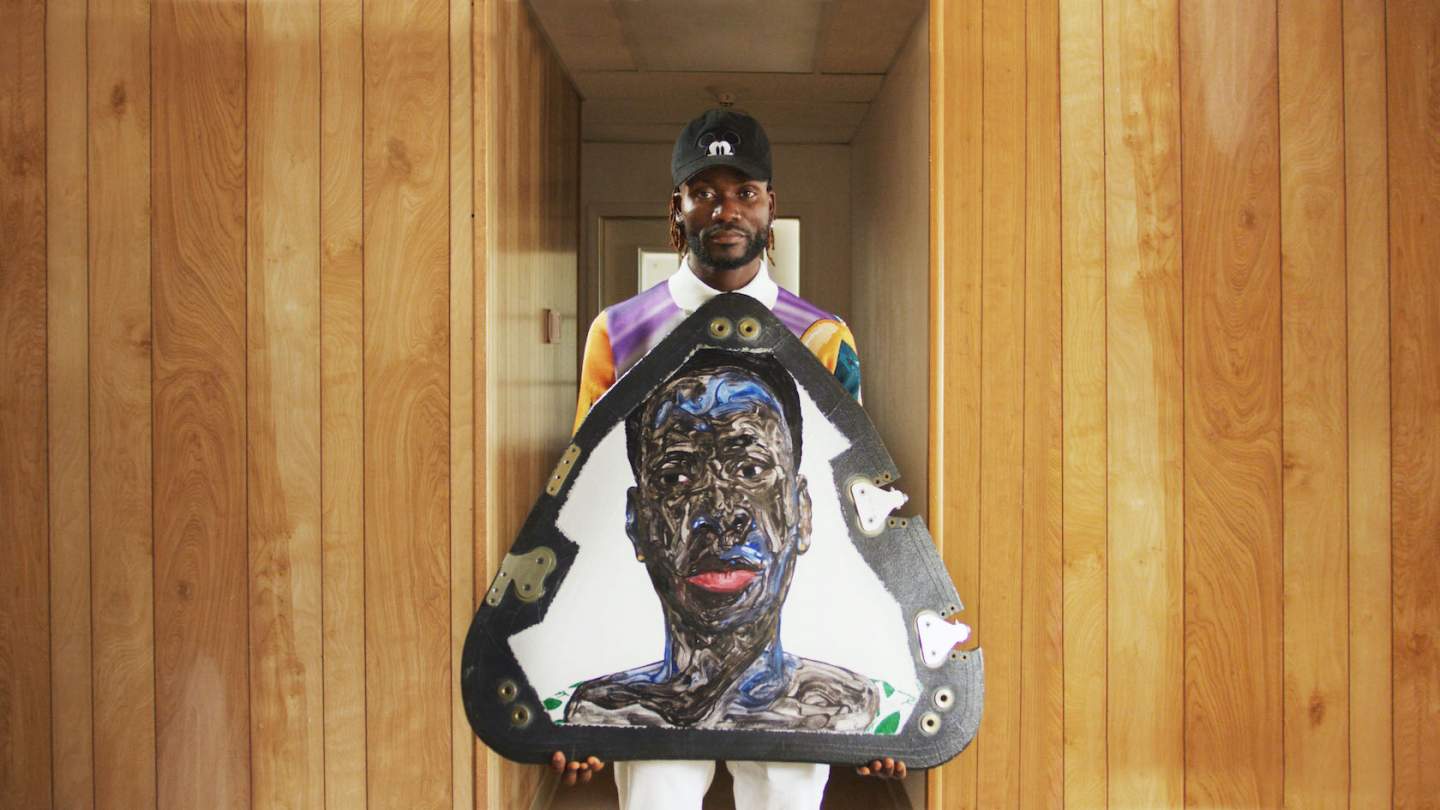 Currently, NS-17 is expected to launch on Wednesday, August 25, at 8:34am CDT. It’ll be the 8th flight for the specific vehicle, and the 4th Blue Origin flight in the program this year.

Things haven’t been going entirely smoothly for Jeff Bezos’ company, mind. Having been snubbed in the Artemis Moon Landing program, with SpaceX favored instead, Blue Origin filed a formal complaint about the way the contract was awarded. When that complaint was rejected, Blue Origin opted to sue NASA instead, with litigation still ongoing.