Blizzard did not just apologize for Hong Kong

China was watching as Blizzard Entertainment president J. Allen Brack walked onstage today at BlizzCon. Knowing full well that this event might be overshadowed by the biggest Blizzard-related news of the latter half of the year, Brack began the first major presentation of the event with what might’ve appeared to be an apology. He did use the word “sorry”, but he did not use the words “China” or “Hong Kong” whatsoever.

He spoke indirectly about the situation we covered in an article about China’s most powerful weapon. He referred to – without speaking directly about – how Blizzard responded to a post-match political message sent by Hearthstone player Ng “Blitzchung” Wai Chung. Blitzchung called for the liberation of Hong Kong from China.

As you’ll see in the video above, Blizzard’s Brack spoke about how they “failed” in their purpose, and how they “didn’t live up to the higher standards we set for ourselves.” The first part of his statement was as follows, starting with the apologetic tone: 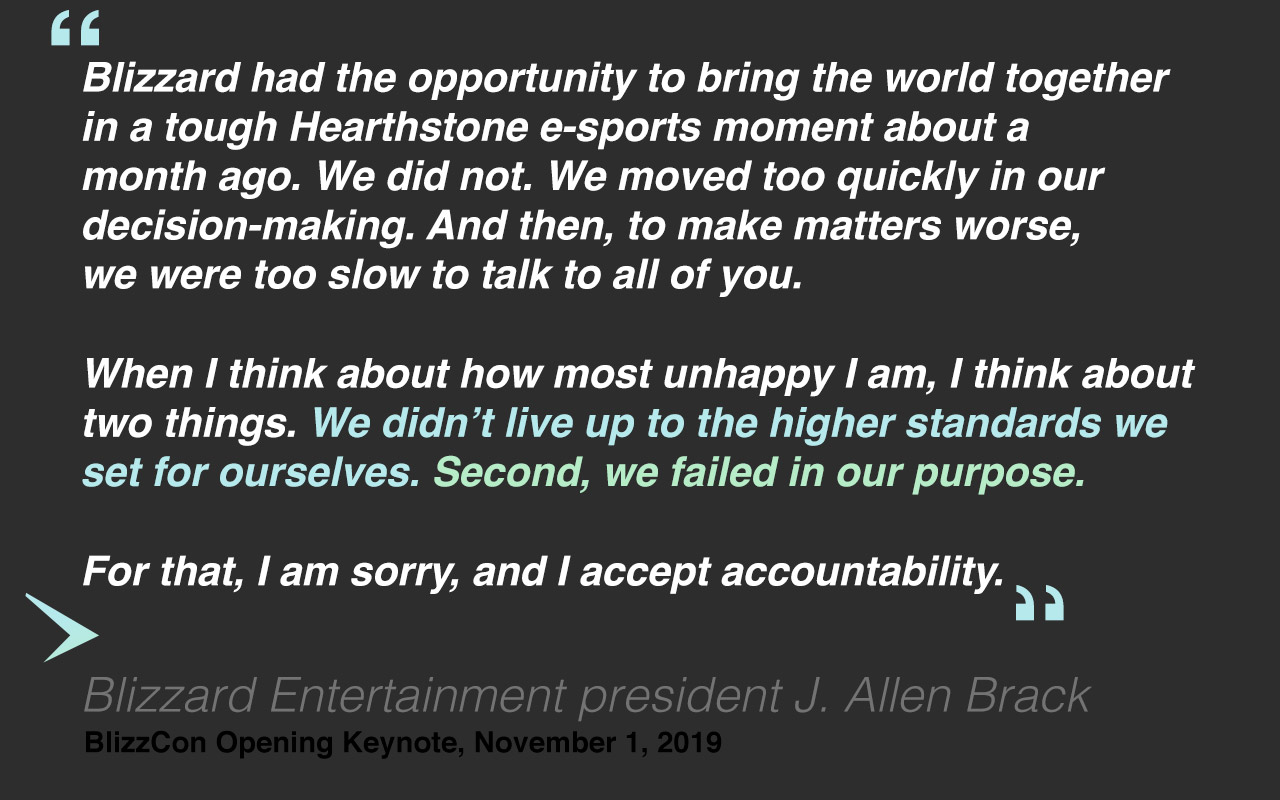 Then came the part where he guides the audience back to a place where they can feel safe and guilt-free whilst cheering for new video game content. Brack said that because there were a bunch of people from many different countries at BlizzCon… video games will make everything OK again. 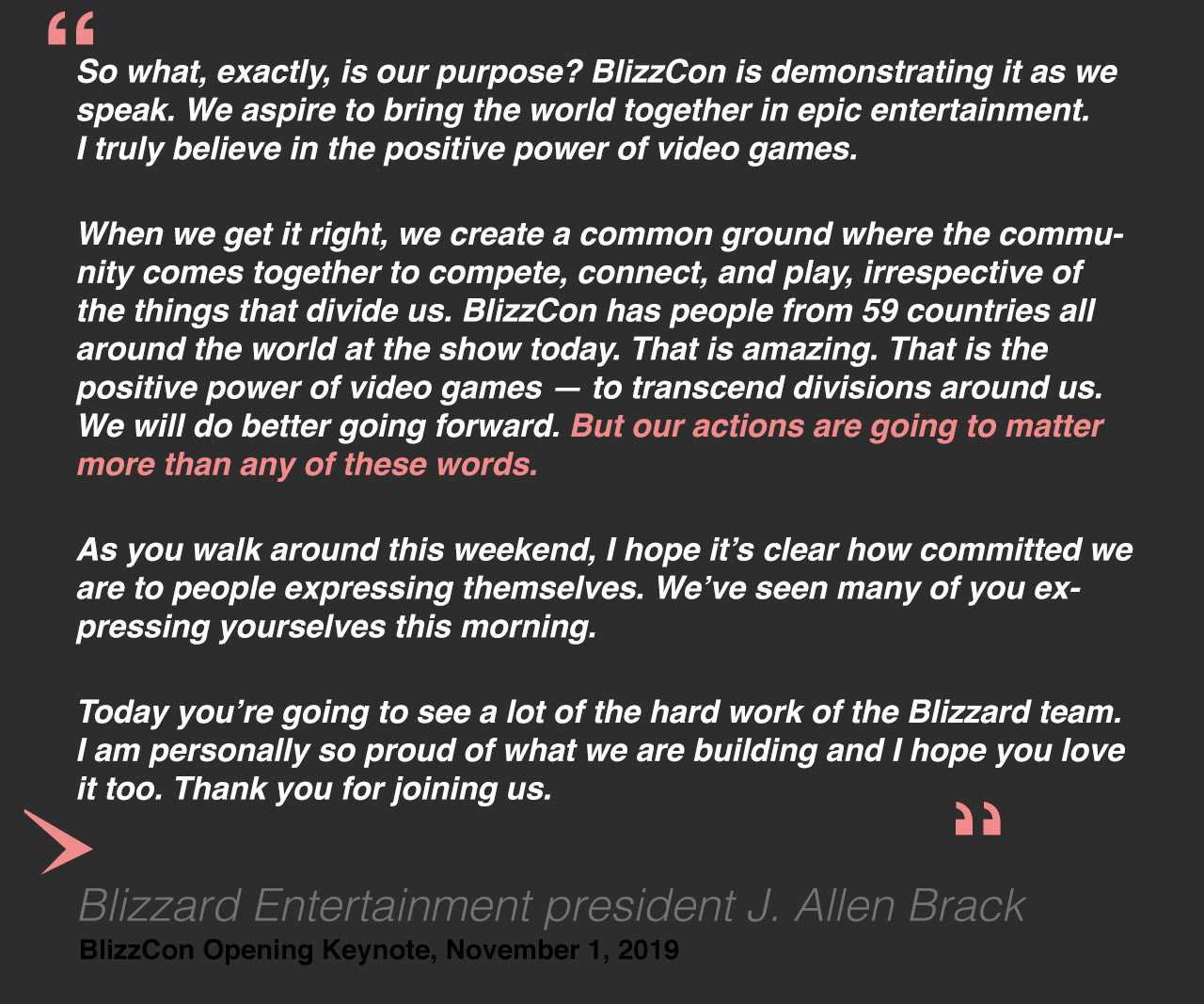 Meanwhile there’s been no change to the fate of Blitzchung, or the other two streamers that just happened to be interviewing Blitzchung when he spoke up in favor of Hong Kong. They’re all still banned.

Blizzard also banned three other Hearthstone players from the game for six months for holding up a protest sign during an official competition stream (for a Hearthstone Collegiate Championship). The sign read “Free Hong Kong, Boycott Blizz.” As shown by Xcelsior_GU, these players are now literally out in the streets protesting Blizzard. The photo shown there is also used at the head of this article.

Blizzard did not apologize for Hong Kong. This was a creative way to express regret for the situation they’re in without making any immediate changes to the way they do business. Brack said of Blizzard, “our actions are going to matter more than any of these words.” It’s unlikely that this means there’ll be no more bans for political protests during official tournament streams – but we’ll see!