Bleached coral seems to be fixing itself with neon pigment shields

In its healthy state, coral is yellow-brown, green, red, and generally a variety of tones that feel “natural” to our human eyes. In its healthy state, coral’s yellow-brown symbiotic pigments allow the absorption of blue light. Bleached coral is caused by temperature, light, pollution (like carbon), and other disruptions. Recent investigations into bleached coral’s revealed some odd changes in the reef – bright, almost unnatural colors exhibited by coral that’d previously been bleached to the color of bone.

Coral starts with and thrives on marine algae called zooxanthellae. This algae works with photosynthesis to live, providing coral the energy to thrive and reproduce. When coral is stressed, algae is expelled, and we see a “bleached” result. This is the color of the internal structure of the coral. 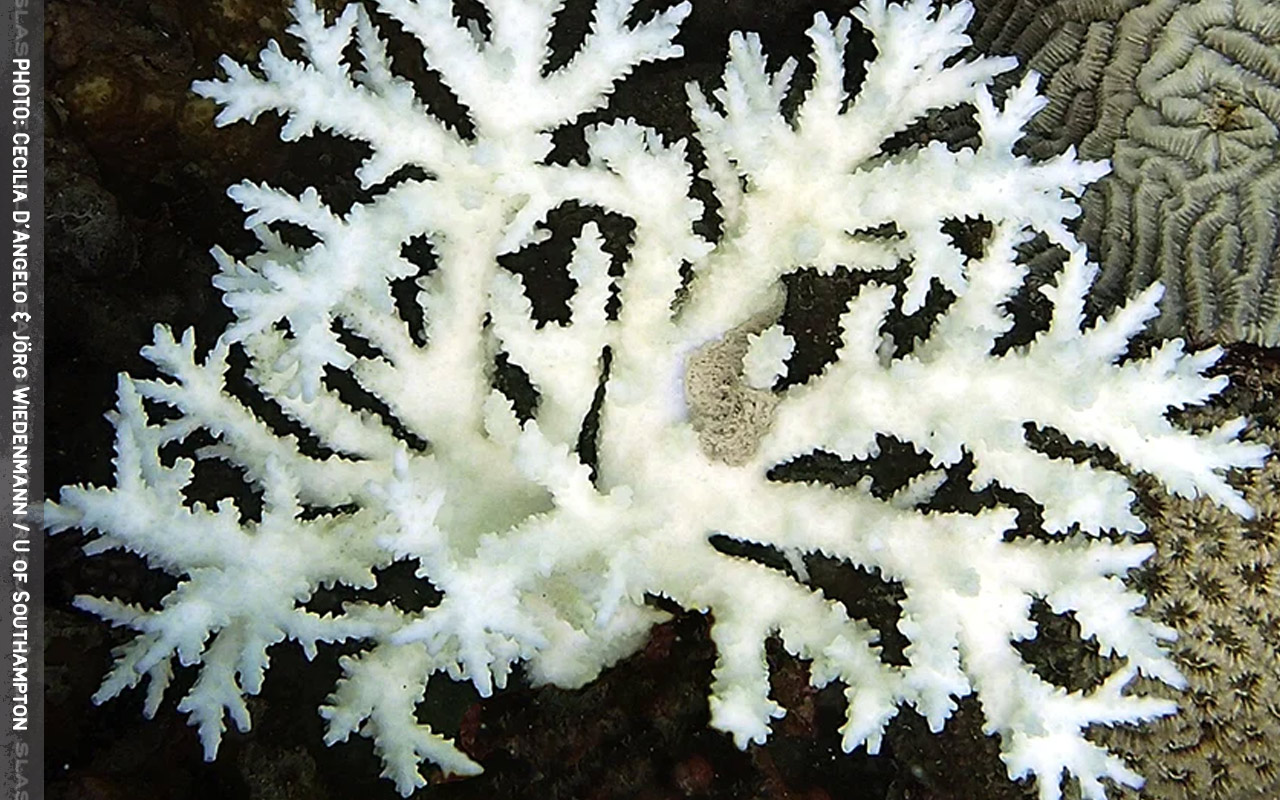 Once coral is “bleached”, internal blue fluxes increase. For some coral, the next step is increased blue light fluxes inducing upregulation of host pigments. It’s almost as if these neon tones are the “true” color of the coral – and it would APPEAR to be a good sign! 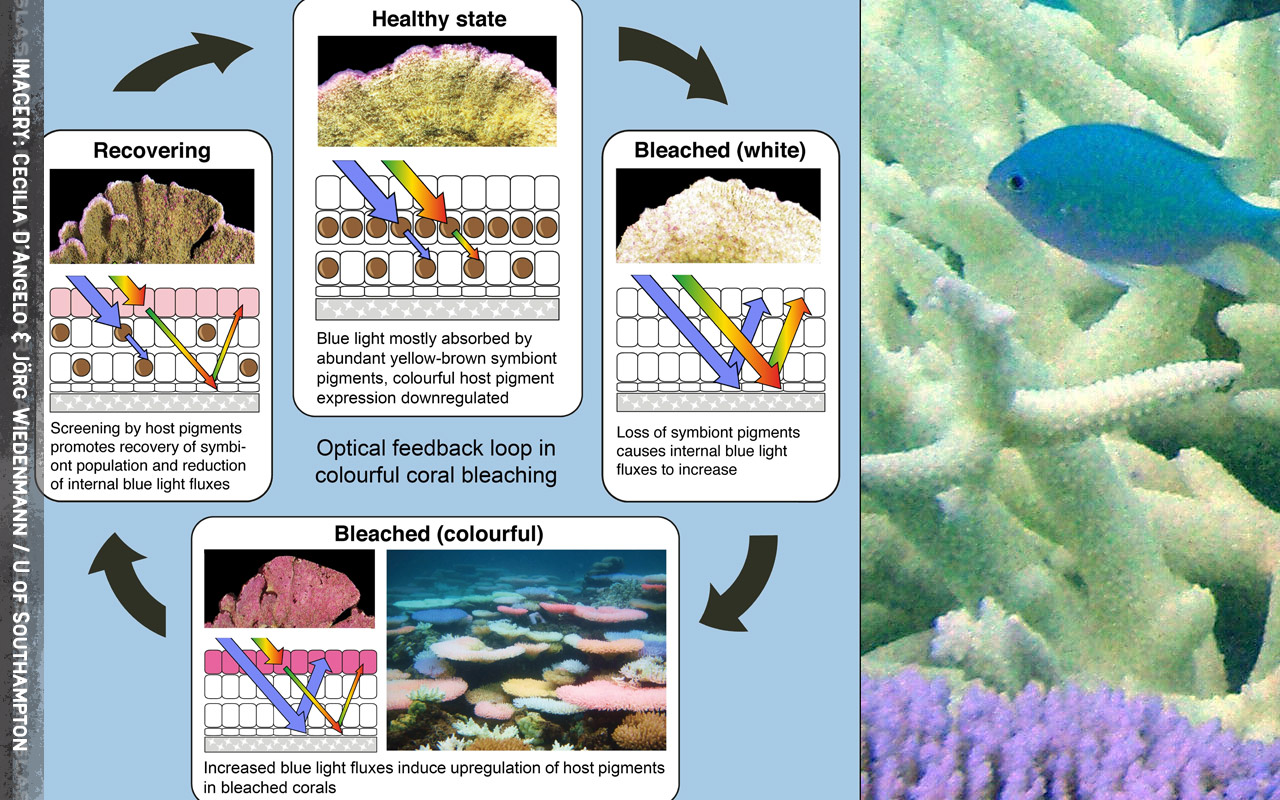 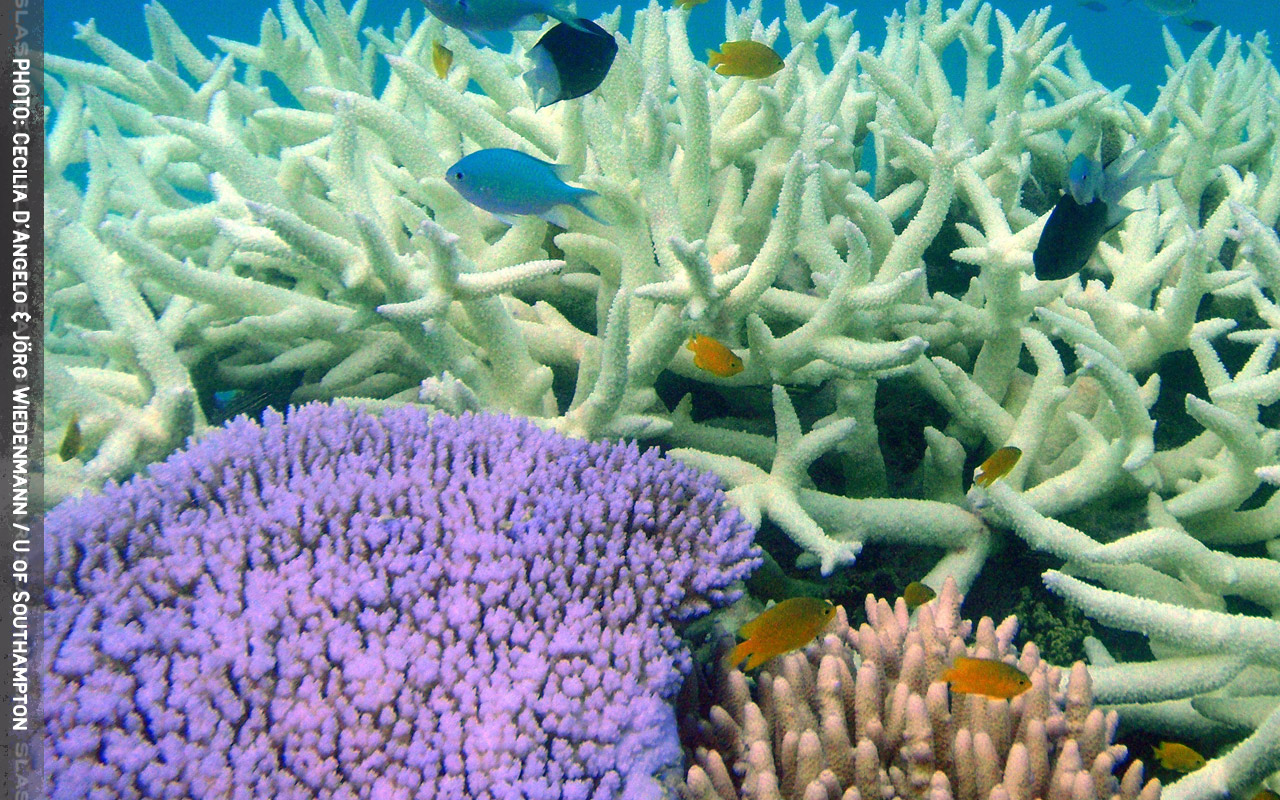 “Reports suggest that colourful bleaching occurred on some parts of the Great Barrier Reef in March and April 2020, so some patches of the world’s largest reef system may have better prospects for recovery after the recent bleaching,” said a report in Science Alert written by two researchers that participated in this latest coral project. That was Jörg Wiedenmann, Head of the Coral Reef Laboratory, University of Southampton and Cecilia D’Angelo, Senior Research Fellow, Coral Reef Laboratory, University of Southampton.

You can learn more about this loop of nature by reading the report in Current Biology. The research paper goes by the name “Optical Feedback Loop Involving Dinoflagellate Symbiont and Scleractinian Host Drives Colorful Coral Bleaching” and can be found with DOI:10.1016/j.cub.2020.04.055 as of May 21, 2020. This research was authored by Elena Bollati, Cecilia D’Angelo, Rachel Alderdice, Morgan Pratchett, Maren Ziegler, and Jörg Wiedenmann.