This week the first reviews of the BlackBerry 10 all-touch hero phone are appearing one by one, and this BlackBerry Z10 (as its called) is appearing to be a bit of a mixed bag when it comes to appearing as your one true “must have” device. While we’re seeing the consensus surrounding the software to be relatively positive and the hardware to be generally OK, it would appear that this device may be what many have feared: too little too late. Hope should not be lost though on this one initial push – the final product may be just what you, the business professional, ordered.

If you’re looking at the review posted by Engadget you’ll find that Tim Stevens (with contributions from Zach Honig and Edgar Alvarez) spoke highly of the operating system once it was up and running. Noting that BlackBerry has made it clear that they want their brand to reflect the speed of the experience as “Keeping You Moving”, the final product “needs to be very quick to respond.” Luckily by their measure, “most apps apps launch promptly and, once launched, are snappy and responsive.” Unfortunately the boot-up time appares to be taking more than a minute “after the battery is removed” and up to 30 seconds to shut down – not all that positive! 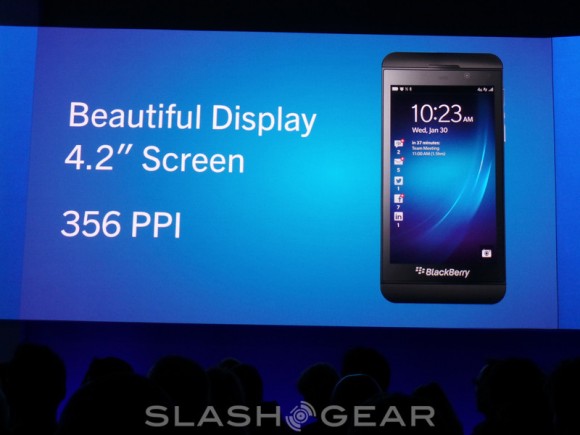 Over at CNET it would appear that Jessica Dolcourt has positive things to say about the user interface as well as the camera, noting that it appears that while the device may not be able to draw users away from the iPhone or Android easily, BlackBerry users will be pleased with the experience. While the camera does improve on previous BlackBerry models, it would appear that, according to Dolcourt, “Despite the thin toolset, image quality was pretty decent.” She also notes that users should skip the device entirely if they “have no patience to learn a new UI.”

With AllThingsD you’ll find the Walt Mossberg review with a rather simple bottom line: “I believe it [the BlackBerry Z10] has a chance of getting RIM back into the game, if the company can attract a lot more apps.” That’s a “radical” reinvention of BlackBerry, he notes, but there’s no surprisingly fabulous features that stand out as above and beyond the competition. 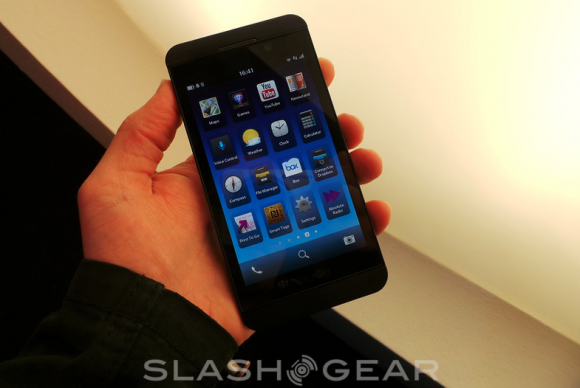 Reviewer Kevin Michaluk from CrackBerry notes that the Z10 is “more than a bare-bones 1.0” product, making sure to mention that BlackBerry 10 has “evolved dramatically in all directions” in the time between his first look in the summer of 2012 and now. The CrackBerry review makes no effort to hide that it’s more of an exploration of the device and the software than it is a simple review and judgement of said products, tending to hardcore BlackBerry users first – for them they add that the software “addresses basically every nagging issue we’ve ever had with the legacy BlackBerry OS.”

The general word from Joshua Topolsky from The Verge was that unless you’re specifically interested in supporting BlackBerry for your own love of the brand, the Z10 is the smartphone for you. On the other hand, the review makes it simple once again: “there are better phones on the market, and I don’t yet see a compelling reason for most customers to choose this phone over those better ones.” A review from TechRadar by John McCann gives some insight on the physical makeup of the smartphone, noting the weight specifically to be a “happy medium” between the Lumia 920 (“nowhere near as heavy”) and the iPhone 5 (“not as feather light”). 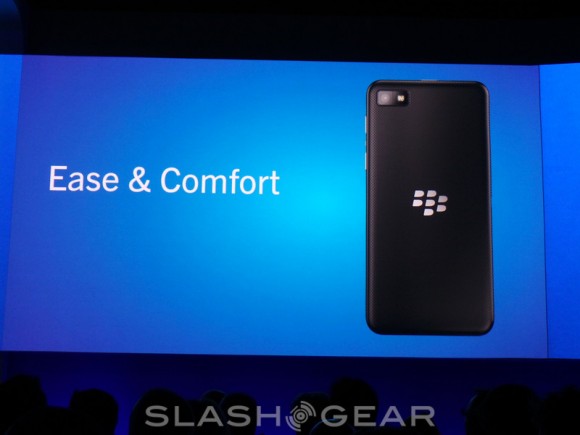 Then there’s the ABC News Tech This Out review from Joanna Stern who mentions that though “it’s not a beautiful or elegant phone” it’s still “well-made and comfortable to hold.” She also speaks highly of the speed of the device, noting that, “it gives even the best Android phones and the iPhone 5 a run for their money in terms of speed.” Sound like a win to you?

We’ll be keeping our ear to the wire for user reactions galore when this device is released around the world in the next few months, so stay tuned. Have a peek at the timeline below for more news surrounding the release of BlackBerry 10 as well as the BlackBerry Z10 and the keyboard-toting BlackBerry Q10 as well. Will you be joining (or re-joining) the BlackBerry pack this season? Let us know!