The fellow who brought you quite a few ultra-realistic renderings of smartphones and tablets over the past year Martin Hajek has struck again with the BlackBerry Z10. This time he’s making the case for a white version of the machine as it sits right next to the iPhone 5, also rendered by this amazingly talented fellow. What’s interesting about this device beyond its obvious inclusion in the same generation of smartphone aesthetics as the iPhone 5 is that it is, here, appearing to be a real iPhone competitor – could it be?

The quality of the renders here is something we’re having trouble not focusing on as it was this man’s work nearly the whole tech publishing universe was tricked by back when he first whipped up the iPhone 5. And he’s certainly not gotten worse with his skill set since then, that’s for certain. Once we’ve got that in mind, it’s looking like RIM has done an amazing job at creating a smartphone that, believe it or not, looks beautiful enough on its own (before the software, that is), that it holds its own against the iPhone. 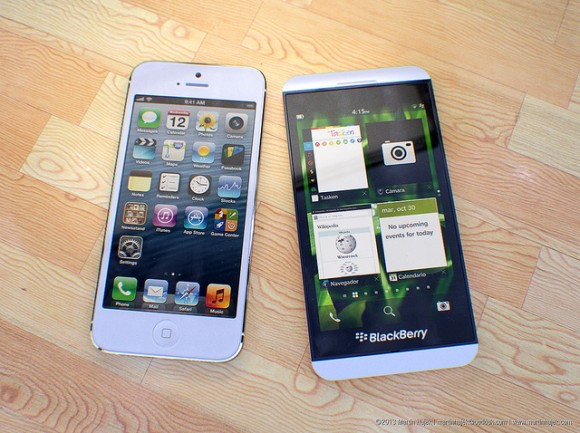 While the back of the device still rings a heavy RIM bell with a uniformly textured battery cover and a squared-off camera rectangle with beastly flash bulb next door, the sides and front are distinctly smooth and ready for a real modern fashion competition with the rest of the market here in 2013. The BlackBerry N10 is also rendered here in both white and black, appearing quite sleek and polished (as all renders from Hajek do), but again falling ever-so-slightly flat on the back. 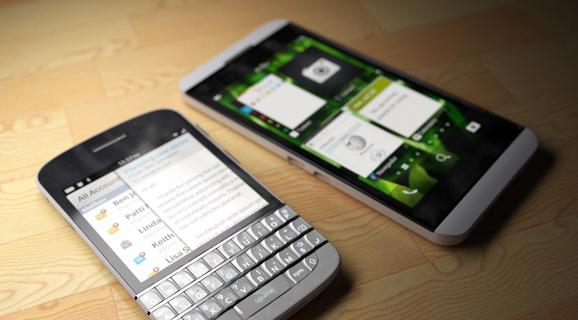 The renders you see here are made from a combination of specification leaks, rumors, and what can be essentially considered confirmations (nearly) in photos and videos of the device that’ve been flowing for several weeks. Have a peek at the timeline below to learn more about the BlackBerry 10 launch (we’ll be there on the 30th of this month) as well as the BlackBerry Z10 you see above. Let us know if you’re going to jump on the BlackBerry 10 ship through the future, too!