The first BlackBerry Android device has been leaked with a series of photos up close and personal. These images show the device to have a touchscreen display and slide-out keyboard – a hardware keyboard, that is – and a relatively sizable back-facing camera. This device has a number of BlackBerry-specific software features in addition to its notable odd hardware. You’ll notice slightly modified icons as well as a set of BlackBerry-made apps, new to Android entirely.

These images were leaked earlier today with Android Authority who suggest that the boot-up sequence includes an Android logo holding up a shield. This device will be made for enterprise security, one of BlackBerry’s big target markets for most of their business-oriented devices.

Lifting one’s finger up the center of the device reveals not only Google Now, but a messenger (BBM more than likely) and a local search with BlackBerry logo. You’ll find BlackBerry contacts here as well as new shortcuts to many communications apps. 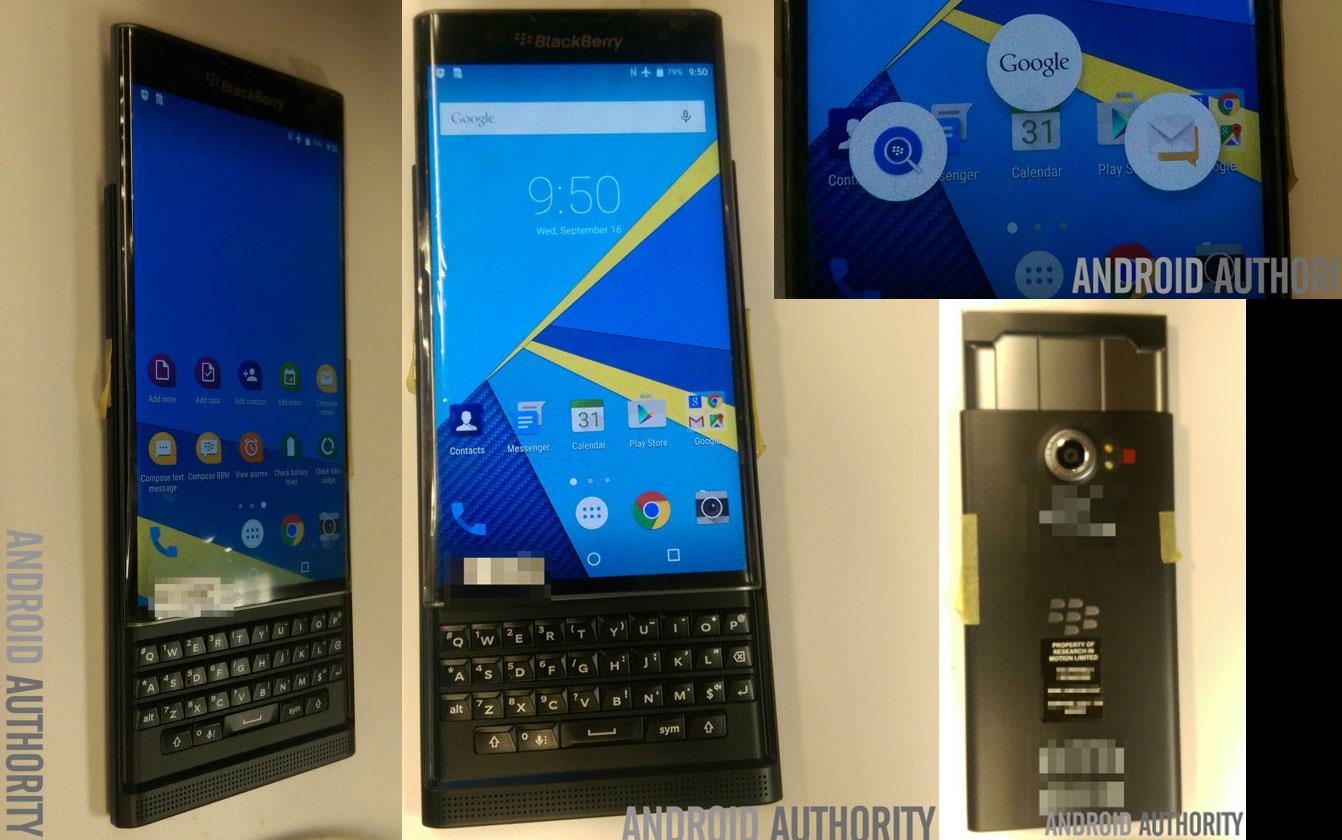 Previous leaks and rumors suggest this device will have a 5.4-inch curved-edge display with an 18-megapixel camera at its back with dual-LED flash. Inside you’ll likely find a Qualcomm Snapdragon 808 with 3GB of RAM.

Take a peek at the timeline below for more information on this device well before BlackBerry launches it in full.