It looks like we might have spoken too soon. At this year’s BlackBerry DEVCON, the possibilities are endless for Research In Motion. They have plenty of pent-up rumors and speculation being thrown around. Most of that around the BlackPad, the first tablet from the house that built BlackBerry. And, sure enough, RIM is working on a tablet device. It’s not called the BlackPad, though. It’s called the PlayBook, and it is indeed the BlackBerry tablet.

The device will feature webOS-like application switching, and RIM’s co-CEO Mike Lazaridis says that it is “the first professional tablet.” It will have a dual-core Cortex A9 1GHz CPU, have 1GB of RAM, and feature a 7-inch display. There will also be an e-reader component thrown in for good measure, as well as full document editing. And, just as we’ve heard in the past, you will be able to connect the PlayBook to a BlackBerry device.

It supports 1080p HD video with non-proprietary HDMI and USB connectors and is only 9.7mm thick.  It has a WebKit Browser, as well as HTML5, Flash support, hardware accelerated video, and can output 1080p video over that HDMI connector. There will also be HD cameras on the front and back of the tablet. The PlayBook is Linux-based, based on development from QNX, and will be perfectly compatible with BES.

Stay tuned, as more details are still coming in. 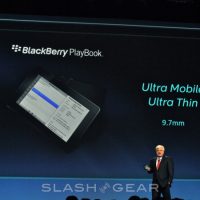 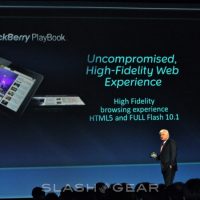 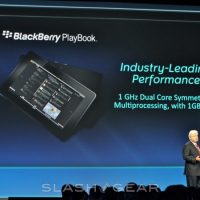 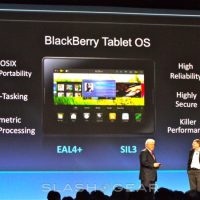 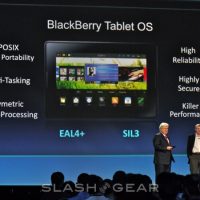 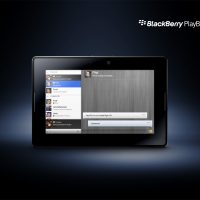 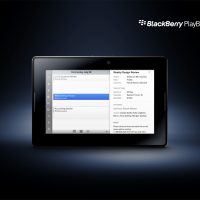 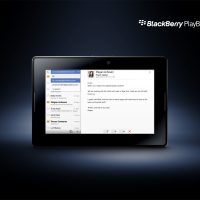 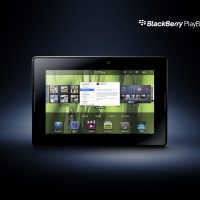 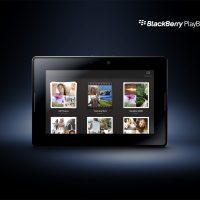 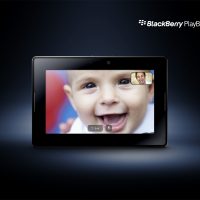