It seems that BlackBerry is really serious about its Passport smartphone, which might call into question the company’s sanity. But whether you are enamored or shocked by the revelation of the device, the large smartphone with a square display is real and has been spotted out in the wild thanks to these leaked photos and one video.

BlackBerry might have survived yet another financial period, but the media frenzy that could erupt over the passport-sized BlackBerry Passport might be something it cannot escape unscathed. But one cannot say that the company goes back on its word. It said it would be returning to physical QWERTY keyboards, and we have that here. They teased a 1440×1440 1:1 screen, and we have that here too. No one, however, said that it would come in a 3.18-inch wide block.

The device in these photos add a bit more detail beyond this rather insane measurements. There is non-removable 3,450 mAh battery beneath the covers, and SIM and SD card slots at the top. There is said to be 32 GB of internal storage and 3 GB of RAM, though the CPU remains unknown. There is also a video below that shows the odd screen in action.

Is BlackBerry aiming for novelty or infamy? It is almost unbelievable to think that a company that is known to be in crisis, despite its denial, could afford to risk going with a rather strange contraption. Not that BlackBerry is a stranger to square screens, but the combination of size and girth make for an odd device indeed.

There is word of a partnership with Amazon that would allow it to have Amazon Appstore access, so at least there will be some familiar ground for Android users. We will remain cautiously curious about what something like BlackBerry Passport has to offer. And hope for BlackBerry’s sake that it will not be a dud. 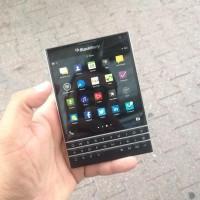 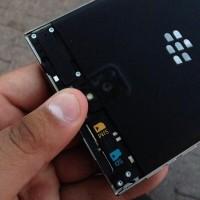 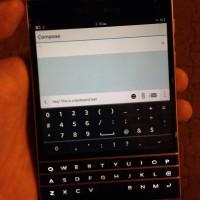 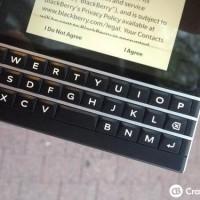 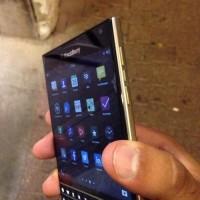