BlackBerry calls out Apple on security while touting Android

A new promotional spot from BlackBerry suggests that the company will be aiming their new phone “Priv” directly at Apple’s iPhone users. According to the company’s advertorial text, “we at BlackBerry are happy to see Apple is now taking your privacy seriously.” The full-page text spot goes on to suggest that because BlackBerry has built their reputation by “creating the most secure device in the market,” they’ll be naming their “next generation secure smartphone” BlackBerry Priv. “In recognition of our long history of valuing our customers privacy,” said BlackBerry.

The image you’ll see here of the BlackBerry Priv is also included in the campaign which appears when users head to BlackBerry’s homepage and tap in to the header banner with the Priv in big bold letters. In the device you’ll find a link to Apple’s homepage and a bit of text about how “The most personal technology must also be the most private.” BlackBerry took this opportunity to suggest that they did it first, so to speak. 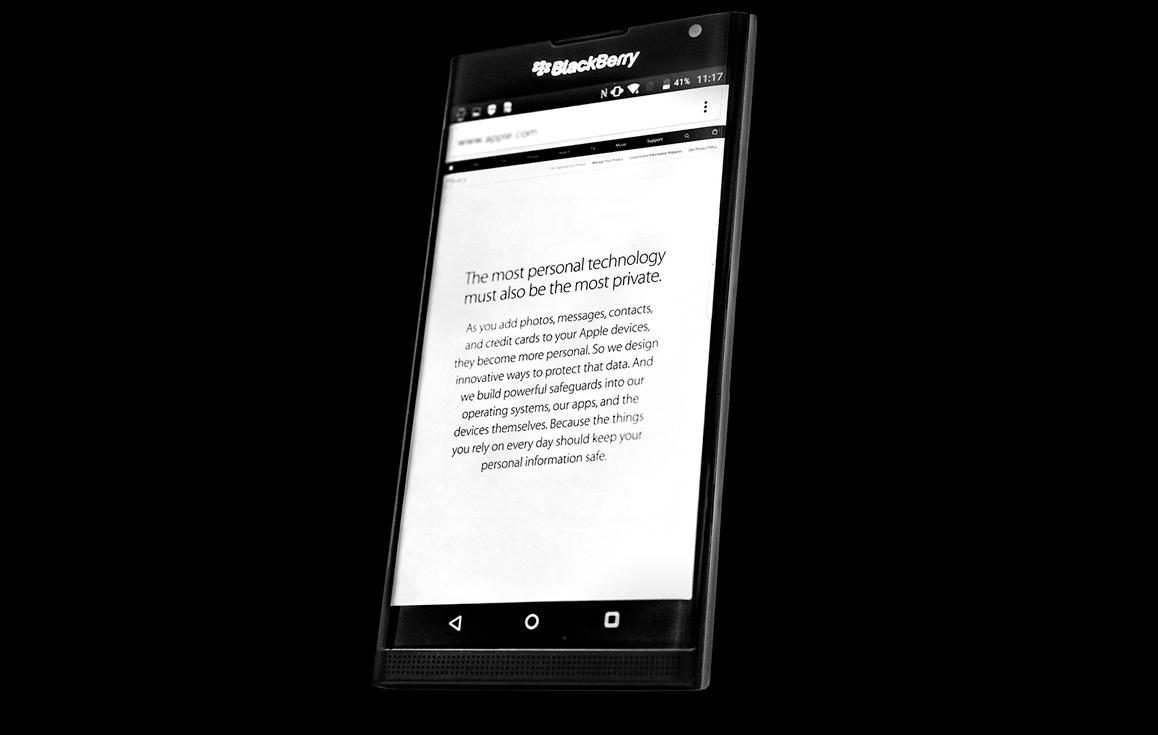 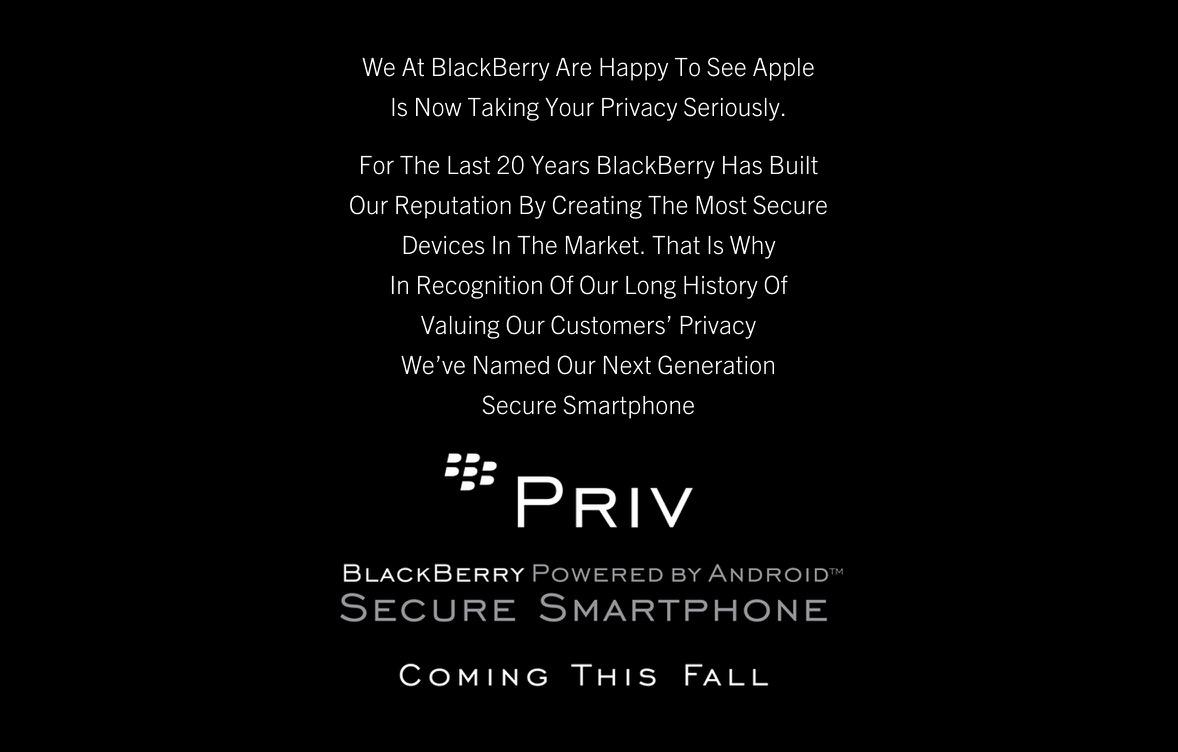 Interestingly enough we’ve seen quite a bit of the Priv before it’s supposed to have been revealed in full by the company itself. Either security around the device’s manufacture is not quite up-to-par or the company has decided to do a series of controlled leaks. Either way – there is some chatter surrounding this device without a doubt. 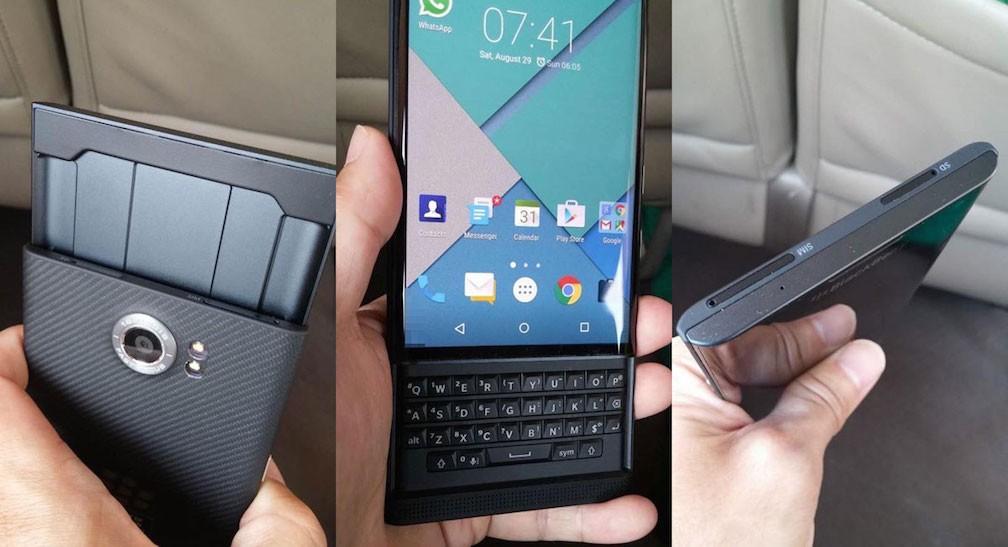 Above and below you’ll find images and links that show what the BlackBerry Priv is all about. This Android-toting smartphone works with a slide-up frontside with a keyboard hidden below. Up top you’ll find a microSD card slot as well as a SIM card slot, while around back you’ll find a relatively large-looking camera with two LED flashes. This device will be released inside the year.