RIM’s BlackBerry Bold 9800 slider has shown up in the wild again, and this time it’s showing off a little more of the company’s work in BlackBerry OS 6.  The WebKit engine is apparently heavily integrated into the new OS, and here it makes an appearance scoring a full 100/100 in the Acid3 browser test.

That’s handy, because the BlackBerry browser right now is somewhat lacking in comparison to what’s available on other platforms.  The photos – courtesy of The Cellular Guru – also confirm that it uses a touchscreen display along with a slide-out QWERTY keyboard; that ‘board is apparently the same as you’d find on the BlackBerry 9700.

Frankly, this is getting more and more interesting the more we see of it, and we’re looking forward to RIM making the Bold 9800 official.  According to the most recent rumors we can expect that to happen prior to a June release for the smartphone on AT&T. 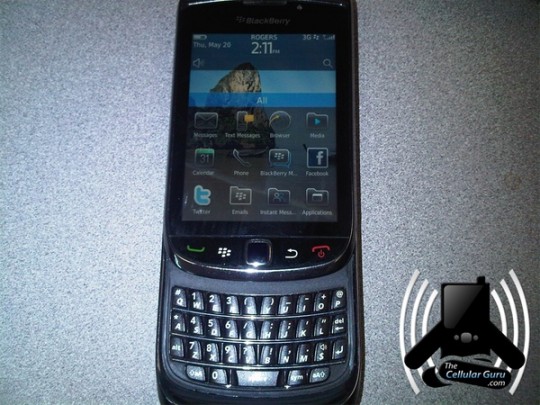