The basic premise for BitTorrent Sync is sound: send a folder to a friend or colleague from your device to theirs in as simple a fashion as possible. You can keep that connection open indefinitely, or your can close it after a short period of time. It doesn’t rely on cloud servers to do the work, it relies on your computer and the computer you’re sharing with. Next year, BitTorrent will be releasing Sync 2.0 and a Pro edition for those users that wish to roll with premium features.

You can use BitTorrent Sync with your desktop computer, with your mobile device – tablet or smartphone, doesn’t matter, and you can use it with your NAS. The version you’re seeing here is BETA – meaning it’s not entirely finished yet. This is the Beta version 1.4. 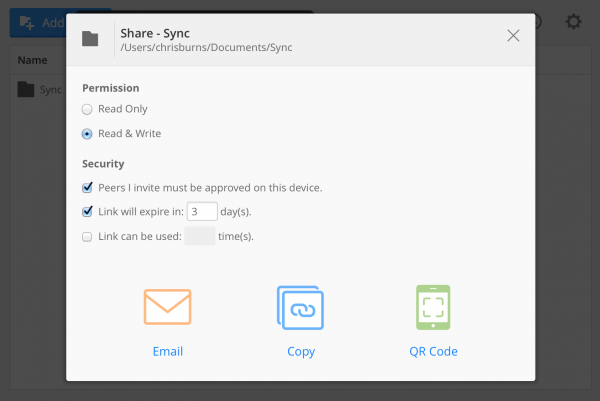 When you first open Sync, you’ll be prompted to select a folder in your computer or mobile device. You’ll be able to set Permissions and set basic Security rules. You’ll be given the opportunity to grab a link, a QR code, or send an email to share this folder with a colleague.

You need to copy that link or save that QR code if you plan on accessing this folder from another machine in the future. In this limited Beta 1.4 version, you can only summon this code, email, or QR code ONE time. 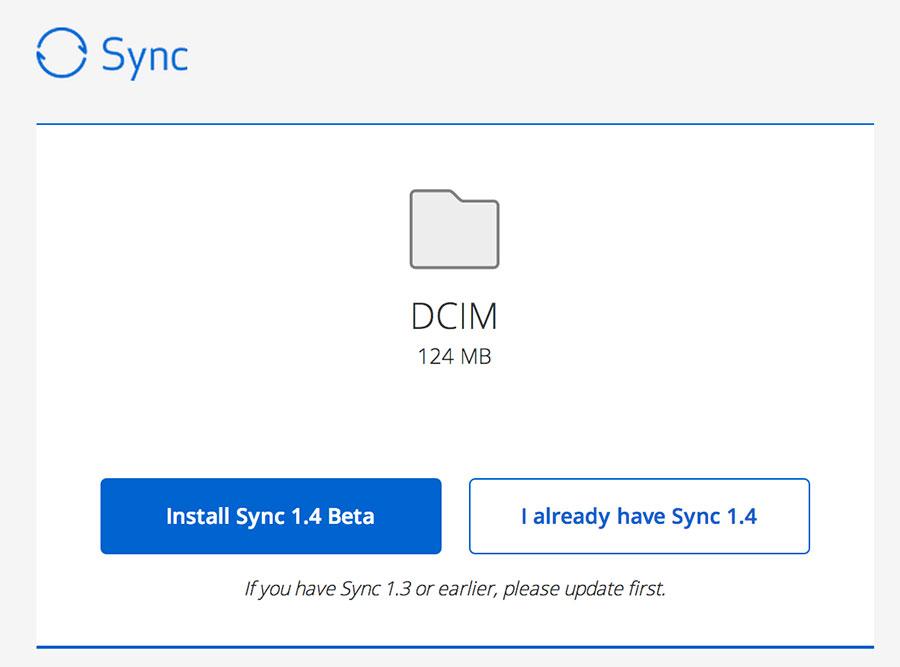 Because of this, you’ve got INSTANT access to the folder – you don’t have to wait for every file to download to your device to see it.

And when you DO want to see a file, and access it, you’re moving a file from one machine to the other. Not from one machine, up to a server in the cloud, and back down to your other machine.

With BitTorrent Sync, you’re sending files through the fastest available wireless path from one device to the other.

BitTorrent will be releasing Sync 2.0 in 2015. There you’ll find the Free version getting upgrades AND you’ll see a Sync Pro being released. With the Sync Pro system, you’ll see the following features:

BitTorrent provides support and provides security for your connections. The limited nature of the preview we’ve got above (in Beta form) is essentially fixed up entirely in what BitTorrent suggests will be released in version 2.0.

BitTorrent Sync 2.0 will be released in early 2015 for all users. There’ll be an Alpha Release before then – we’ll let you know when BitTorrent releases it.