Following the announcement of BitTorrent Now, a new ad-supported streaming music and video service, an accompanying mobile app has been released, giving users access to content while on the go. BitTorrent Now isn’t aiming to compete with the likes of Spotify or Apple Music, but instead will distribute content from independent artists and filmmakers who sign up for the platform. The Android app is available now on Google Play, while iOS and Apple TV versions are “coming soon.”

The service is an interesting move away from the illegal file sharing commonly associated with torrent sites. BitTorrent Now doesn’t offer access to that kind of content in any way, but instead steam the media offerings creators have chosen to make available, in a completely legal way.

Artists and filmmakers are directly responsible for uploading their own content, as well as choosing if it will be available to users for free, be ad-supported, or cost a fee. While BitTorrent Now is starting off with music and video, it will move on to VR content as the format becomes more common. 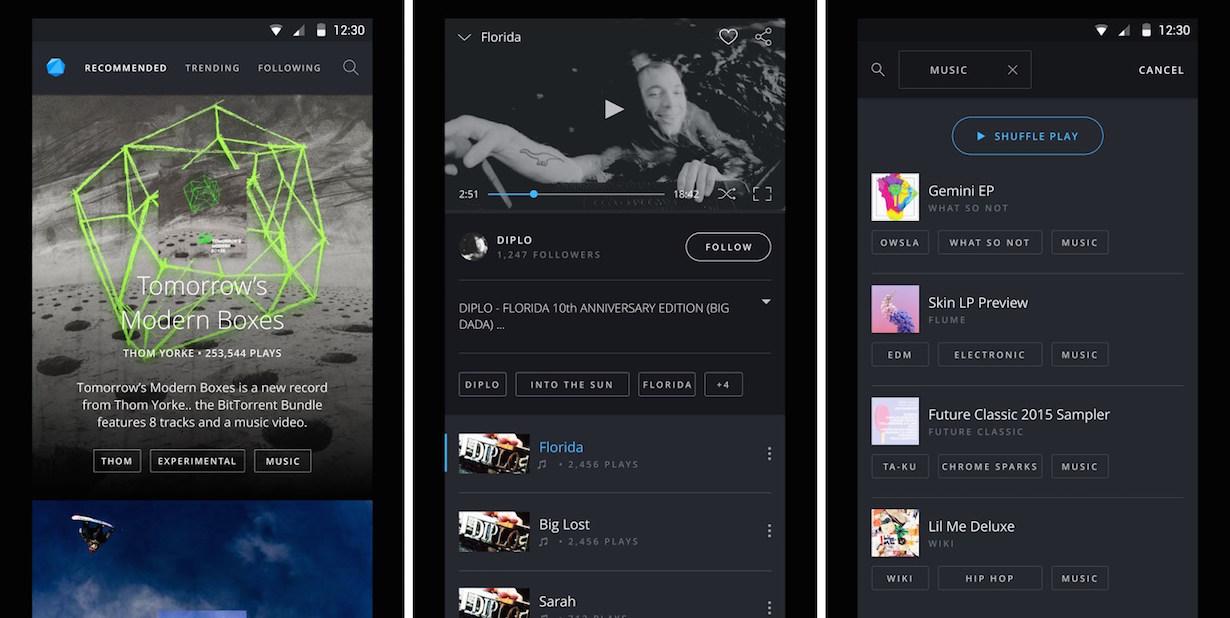 This is BitTorrent Now: a platform that’s powered by awesome people like you. This is last record store; live from your TV, from your phone, from San Francisco, to Moscow, to Sao Paulo. And this is distribution built by and for creators; the Internet’s original, and outside, voices.