Cloud backup services are popping up everywhere these days, with even BitTorrent now jumping onto the cloud craze. BitTorrent has announced a new cloud backup service it calls Sync, and though it of course has plenty of similarities with other cloud services out there, Sync offers a couple key differences. By using Sync, you’re actually using BitTorrent’s servers to transfer files from one device to another.

This has a number of benefits, as it means you won’t be subject to size restrictions like you are with other services. One of the major headaches with services like Dropbox and SkyDrive is that you’re limited in how much you can have in your synced folders – for Dropbox, for instance, you get 2GB of free space, and that runs out quick when you’re trying to sync multiple video files at once. Once you’ve hit that cap, you’ll need to shell out some cash if you want more space. 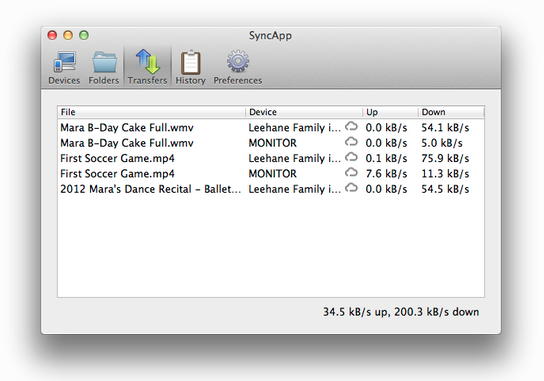 That’s not a major complaint, as these are companies that exist to make money after all. BitTorrent’s Sync, on the other hand, is free to use. You won’t have to worry about limits on the amount you can transfer from one device to another, which probably sounds like a Godsend to those who constantly have to rely on cloud services to move files between devices.

As cool as it sounds, there’s one slight problem: BitTorrent Sync isn’t available to use just yet (unless you love pre-alpha testing). It’s currently in the testing stages, but it shouldn’t be more than a few months before Sync is available to BitTorrent users. What do you think of this new cloud service from the people behind BitTorrent?