This week Bitcoin was compared to “other famous bubbles” in the history of sales and stock. In a chart created by Jeremy Grantham, we see several “bubble” situations on some rather bonkers axis, showing each over a period of two years. The chart points directly at Bitcoin going up at a rate much faster than the “other bubbles,” ending at zero. But the price of Bitcoin, as they show it here, is measured only in USD. 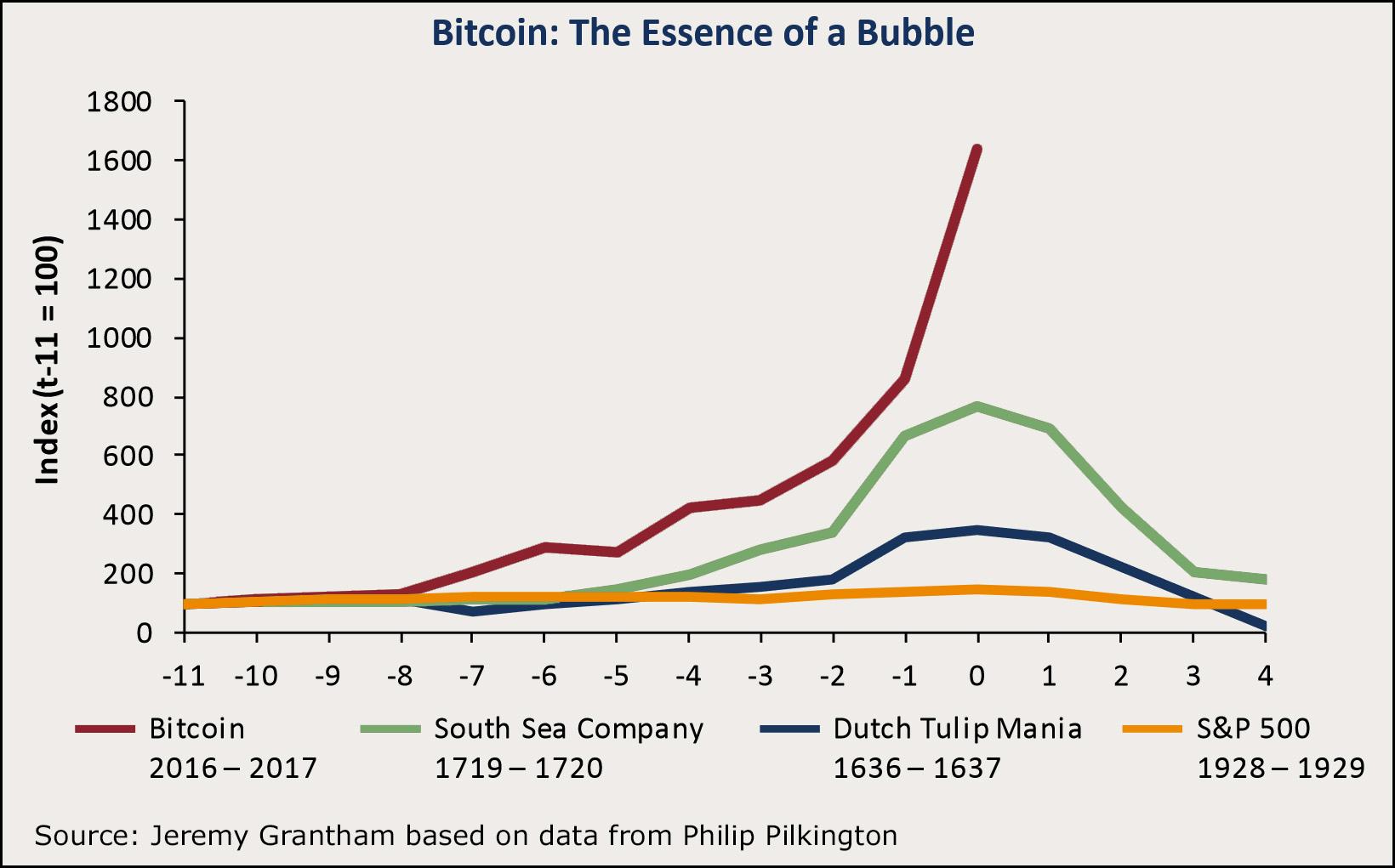 The price of Bitcoin cannot be measured only in USD – not if one wants to fairly track the worth of the coin. This is not a piece of gold, it’s not a bubble bursting because of deals in government debt. The intrinsic value of a single tulip bulb is nothing like the value of a bitcoin – you couldn’t buy a fraction of a bulb back in the Dutch Golden Age.

Just because these bubbles of the past have risen and fallen in a similar fashion doesn’t mean Bitcoin is headed down the same path. Bitcoin could fall a whole lot harder than that. Bitcoin could also stop being compared to USD altogether if our Dear Leader taps his bigger button with his McDonald’s Cheeseburger-stabbing baby fingers.

Maybe USD won’t be worth the gold it used to be based on, and the worth of Bitcoin won’t be directly comparable to the dollar at all. Price of dollars per Bitcoin might just become too volatile for any exchange to work with. We’ll just have to see.

NOTE: This stream of consciousness is part of a series on Bitcoin, blockchain, and cryptocurrencies. As it is with all articles on SlashGear, nothing here should be taken as financial advice. Seek out professionals that are willing to take responsibility with your hard-earned cash money – it’s the only way!